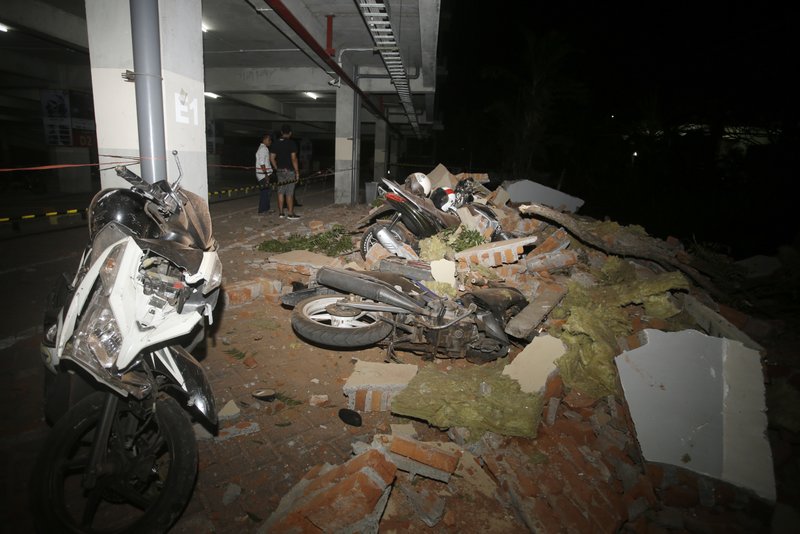 Chinese tourists on the quake-hit Indonesia's tourist islands are safe and sound, confirmed Chinese Consulate-General in Denpasar on Bali on Monday.

More than 40 Chinese tourists, including eight from Hong Kong, have made contact with the Chinese mission and are expected to be evacuated from Gili islands. The Gilis are three coral-fringed tropical islands popular with backpackers and divers, a few kilometres off the northwest coast of the larger Lombok island.

The quake, recorded at magnitude 7.0 by the US Geological Survey, struck early Sunday evening at a depth of 10.5 kilometers (6 miles) in the northern part of Lombok.

The quake was triggered a brief tsunami warning, damaged buildings as far away as Denpasar, including a department store and the airport terminal, where ceiling panels were shaken loose, authorities said.

Video showed screaming people running in panic from houses in a Bali neighborhood and vehicles rocking. On Lombok, soldiers and other rescuers carried injured people on stretchers and carpets to an evacuation center.

Thousands of houses were damaged, and most of the dead victims were hit by collapsed houses, Nugroho said.

The Bali and Lombok airports continued operating Sunday night, according to the director general of civil aviation. There had been a half-hour evacuation at the Lombok airport following the quake because the electricity went off.

Indonesia is prone to earthquakes because of its location on the Pacific “Ring of Fire,” an arc of volcanoes and fault lines in the Pacific Basin. In December 2004, a massive magnitude 9.1 earthquake off Sumatra island triggered a tsunami that killed 230,000 people in a dozen countries.