Chinese COVID-19 vaccine 'shows no serious side effects' in Turkey 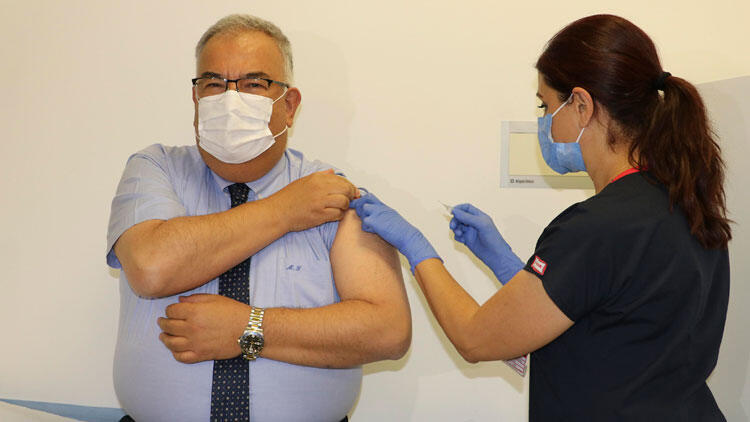 A Turkish volunteer is getting injected with a Chinese COVID-19 vaccine. (Photo: Hurriyet Daily News)

The phase-3 trials of the Chinese COVID-19 vaccine in Turkey started on September 15 on health workers and volunteers at higher risk of infection at 25 centers across 12 provinces.

The participants were given two doses of the vaccine, with the second shot given on the 14th day of the first. They were monitored regularly for 28 days after the second shot and the side effects were recorded on a daily basis. Later on, the plan is to call them every week for a year to keep a check on their health.

So far, they have reported no significant side effects, and some of the most common side effects include tiredness, headache, muscle pain and fever, the report said.

Turkish Health Minister Fahrettin Koca previously announced that the country had signed a contract to buy 50 million doses of the COVID-19 vaccine from China's Sinovac Biotech.