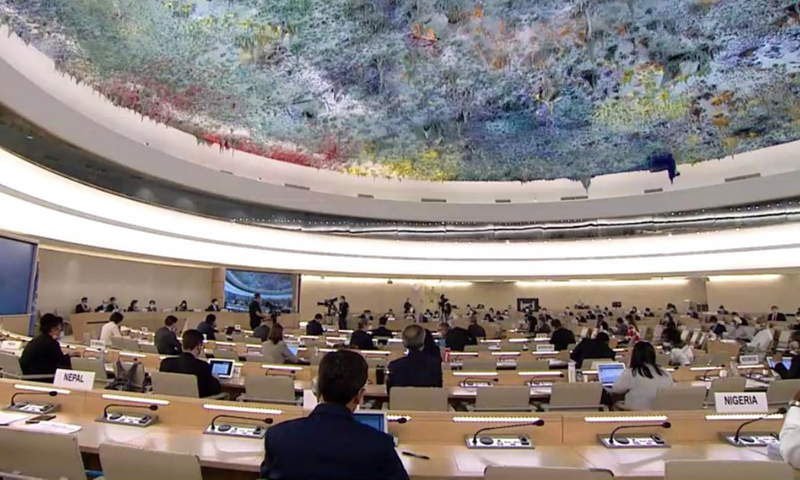 GENEVA, June 23 (Xinhua) -- A senior Chinese diplomat on Tuesday urged countries around the world to practice genuine multilateralism and enhance consultation and cooperation, instead of drawing lines between different ideologies and creating confrontation.

Jiang Duan, minister of the Chinese mission to the United Nations in Geneva, made the remarks at the ongoing 47th Session of the UN Human Rights Council.

During his speech, Jiang said multi-polarization and democratic international relations are irresistible trend of the times, and "diversity is what defines our world and diversified forms of democracy are practiced in various countries."

"The key judgment is whether it fits the particular situation in a country, whether it represents the will of its people, and whether it safeguards people's interests and enjoys their support," he said, noting that "true democracy brings about political stability, social progress and well-being for the people, and contributes to the promotion and protection of human rights."

Speaking on behalf of 15 countries, Jiang said that to impose one's own social system and model of democracy on others under the pretext of democracy, interfere in other countries' internal affairs, and impose unilateral coercive measures are the very opposite of democracy and humanity, as those acts "violate the purposes and principles of the Charter of the United Nations and the Universal Declaration of Human Rights."

He called on all countries to work together to advance peace and development, promote and protect human rights, and jointly tackle global challenges, so as to create a better future for human beings.