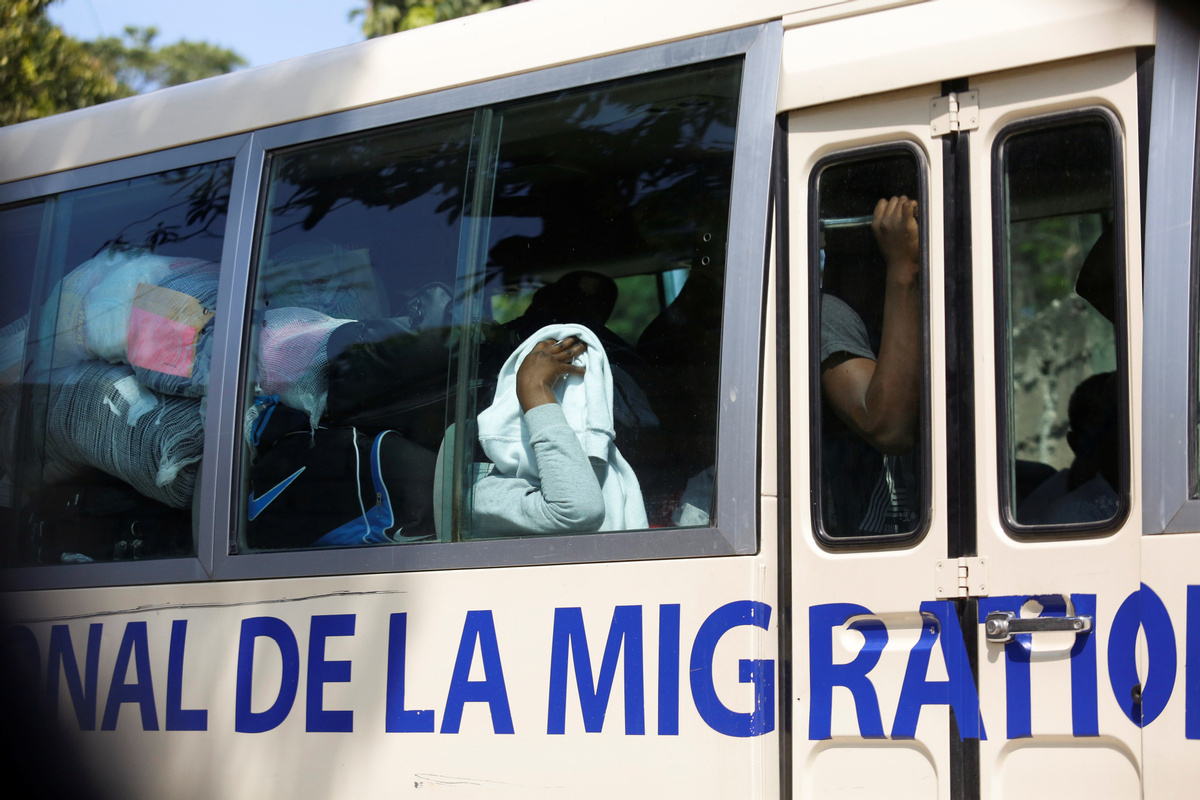 Haitian migrants ride on a bus after arriving on a deportation flight from the United States, amidst the outbreak of the coronavirus disease (COVID-19), in Port-au-Prince, Haiti on April 23, 2020. (Photo:Agencies)

UNITED NATIONS－The Haitian government should improve its governance and engage in dialogue to find a political solution to disputes between different parties in the country, a Chinese diplomat said on Monday.

In the past few months, Haiti has been mired in a prolonged political impasse and continued constitutional crisis with a deteriorating security situation that put its people in danger, said Geng Shuang, China's deputy permanent representative to the United Nations.

The situation faced by Haitian women was a matter of particular concern, Geng said. The economic reality was grim, and COVID-19 was further aggravating already difficult living conditions, he told the UN Security Council in a video speech.

To defuse the crises and achieve stability and development, Haiti ultimately has to rely on its own efforts, and the Haitian authorities bear the primary responsibility, he said.

Geng suggested the Haitian authorities and various domestic factions put people's interests first, set aside their differences, and commit themselves to inclusive dialogue and extensive consultation in order to reach a political solution.

Haiti will hold a presidential election next year, and he called for electoral preparations to be carried out in compliance with Haiti's constitution and laws and on the basis of broad consensus from various parties to ensure the legitimacy and credibility of the election.

Haiti, the first country in Latin America to achieve independence, was under foreign occupation and control for decades. Its national resources were plundered for far too long, Geng said, and its people were plunged into misery and suffering. China sympathizes with the Haitian people about that unfortunate experience and has always called on the international community to increase assistance to Haiti, he said.

The mandate of the UN Integrated Office in Haiti expires on Oct 15. As a special political mission, the office, established a year ago, had made efforts to promote dialogue between the Haitian government and the opposition, he said, but there had been little progress. There was no external solution to the problems in Haiti, Geng said, adding that unless all parties truly demonstrated their political will, it would be impossible to break the deadlock.

"We, therefore, recommend the Security Council consider the future UN presence in Haiti in light of the development of the situation, to make an assessment and take on board the previous experiences and lessons learned," he said.