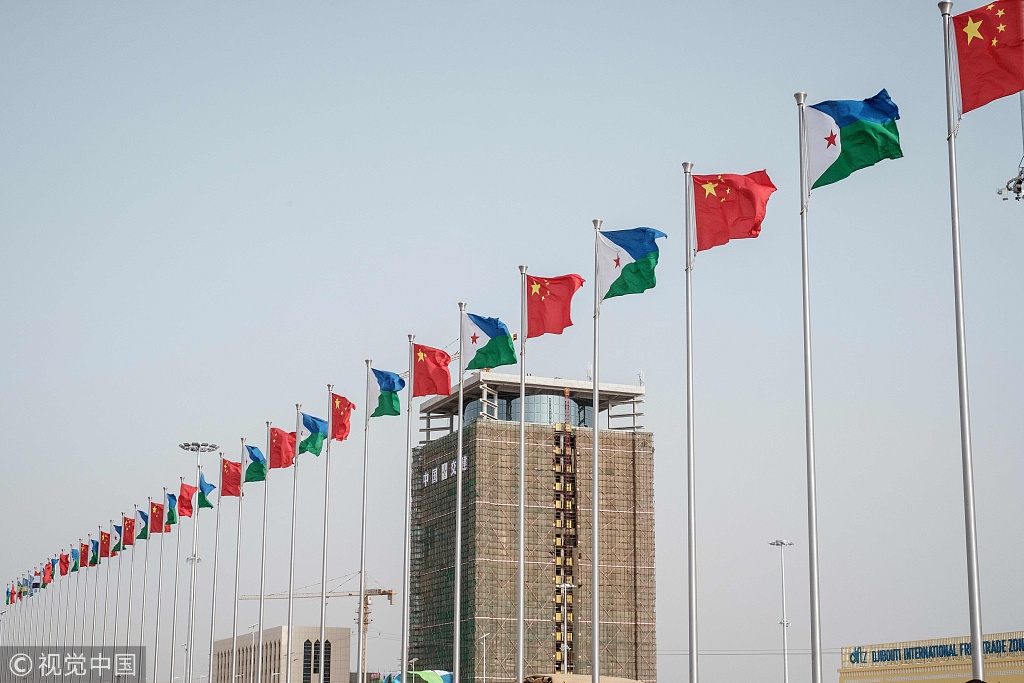 In his message, Xi said that in the past 40 years, China and Djibouti have seen a healthy and stable development of their relations, with mutual understanding and support on issues of great concern to or concerning the core interests of each other, in addition to plentiful fruits of cooperation in various fields.

Xi recalled the top-level exchanges that included Guelleh's state visit to China in November 2017 when they together announced the establishment of a bilateral strategic partnership; and their exchange in September 2018 when they reached a new consensus on further ties and witnessed the signing of a memorandum of understanding on pushing forward the Belt and Road construction.

Xi said he highly values the development of China-Djibouti relations, and is willing to work with Guelleh and take the opportunity of the 40th anniversary of bilateral diplomatic ties to consolidate the mutual political trust, deepen the cooperation in co-building the Belt and Road, and implement the results from the Forum on China-Africa Cooperation (FOCAC) Beijing Summit, so as to lift the bilateral strategic partnership to new heights.

In his message to Xi, Guelleh said he is satisfied with and proud of the smooth development of bilateral ties over the 40 years since his country and China established a diplomatic relationship.

The November 2017 decision to lift bilateral relations to a strategic partnership showed the two countries' resolve to forge closer ties while providing the direction for their economic and trade cooperation, he said.

Guelleh thanks the Chinese government and people for the help and support to Djibouti. He said Djibouti will continue adhering to the one-China policy.

Guelleh added that he is willing to join Xi in the efforts to push bilateral relations further forward.