Johannesburg (People's Daily) - The Chinese embassy in South Africa donated food parcels and masks to the vulnerable community of Refilwe in Cullinan, Gauteng Province with the ANC Women's League (ANCWL) on Monday. 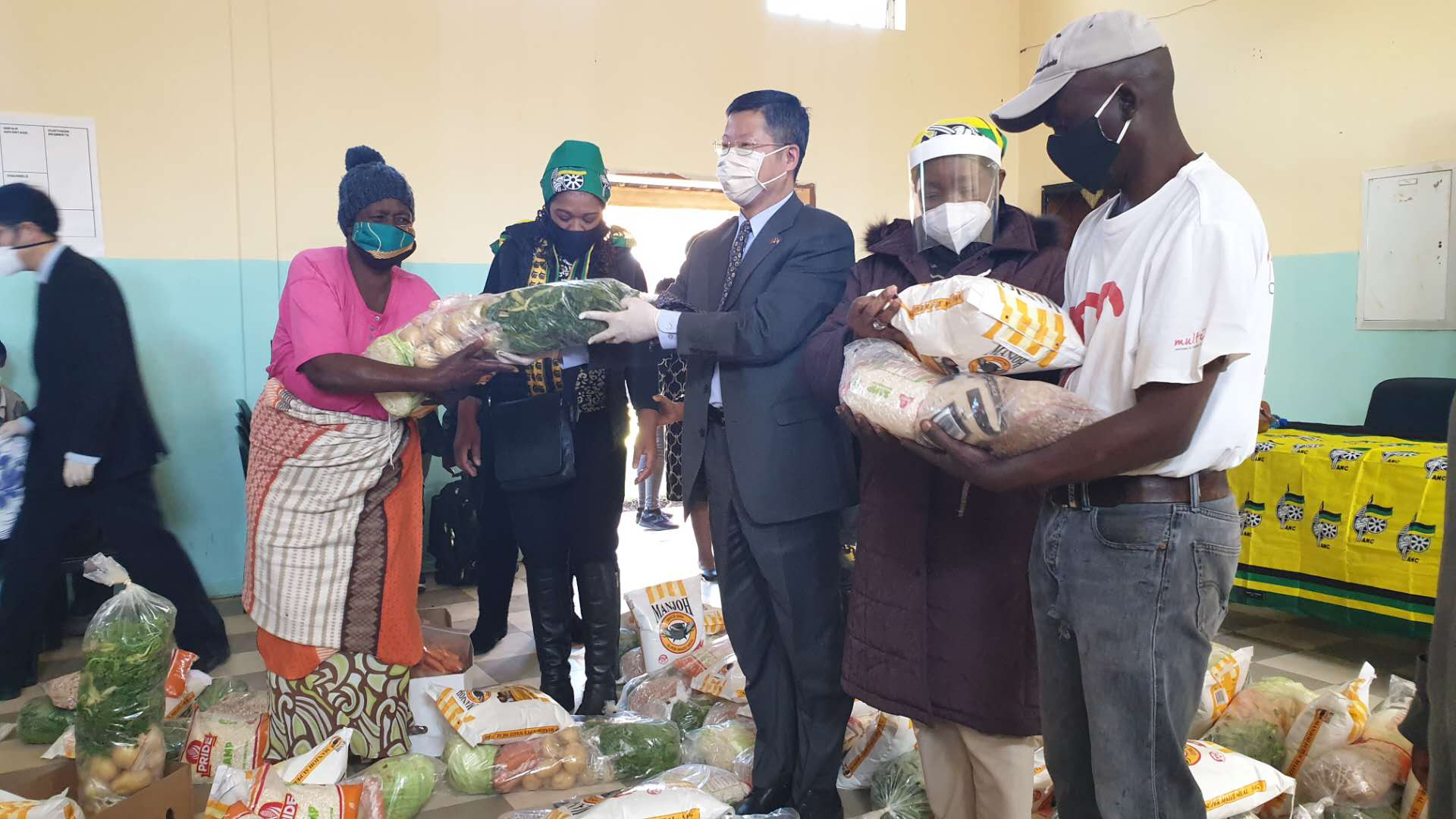 Li Nan, chargé d'affaires of the Chinese embassy (third one from the right), was at the Refilwe community hall where he donated food parcels to be distributed to 1,000 families.(Photo: People's Daily app/ Wan Yu)

"Since the lockdown in South Africa, South Africans have responded actively to the government's call and made important contributions to the prevention and control of the COVID-19 pandemic. However, as an unintended consequence of the lockdown, many people have encountered the inconvenience and difficulties of work and life. Today's donation of these 1,000 food parcels, worth R200,000 is part of our concerted efforts to support our friends,” said Li Nan, chargé d'affaires of the Chinese embassy.

Li said he realized that the parcels were "far from enough", but noted that the donation represented the "cordial brotherhood and friendship of the people of China". He said South Africa and China had elevated their bilateral relationship in the anti-virus fight.

ANCWL president Dlamini said that it was precious support to the people deeply affected by the pandemic and the lockdown policy, and once again demonstrated the special friendship between the two parties and two countries. The CPC has repeatedly invited ANC delegates to visit China and helped the ANCWL build the Sisulu Women's Leadership Academy and skills training classroom, which promoted women's empowerment and gender equality in South Africa. ANCWL will continue to work side by side with the Chinese Embassy in South Africa to finally defeat the pandemic.

The food parcels contain basic food items such as beans, maize meal, rice and fresh vegetables. The embassy also donated face masks to the Refilwe community as part of intensified efforts to arrest the spread of the virus in South Africa. 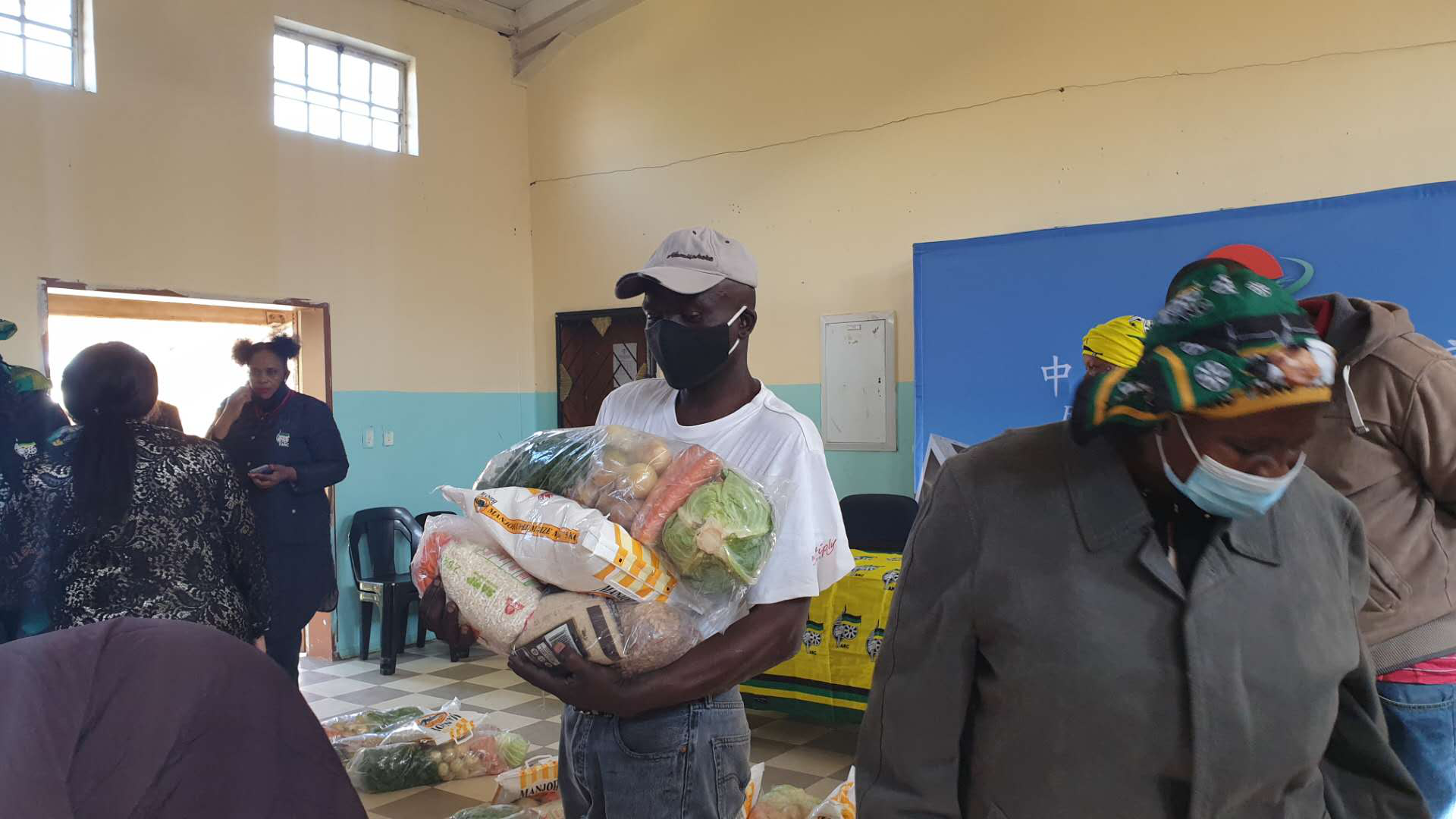 Refilwe residents collect food parcels from the Chinese embassy on Monday. The parcels will be distributed to 1,000 families in the area.(Photo: People's Daily app/ Wan Yu)