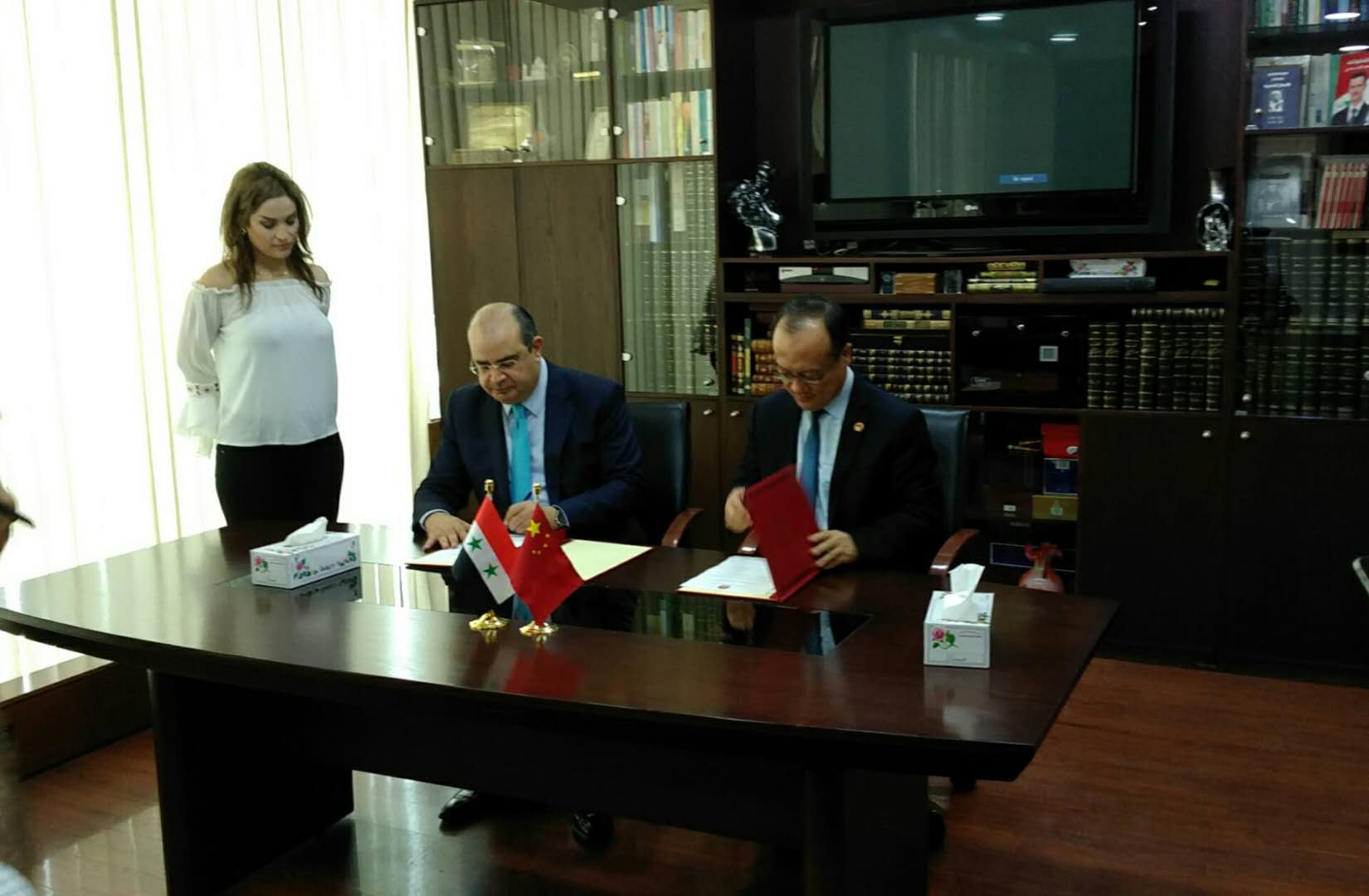 Damascus (People's Daily) - Chinese Ambassador to Syria Qi Qianjin met with editor-in-chief of al-Watan, the leading daily newspaper of Syria on Wednesday. The embassy also donated computers and other electronic office equipment to the newspaper, in a sign of healthy relations and advanced cooperation between the two countries.

At al-Watan headquarters in Damascus, Qi said that al-Watan is the leading newspaper in Syria, and the embassy is interested in cooperating with al-Watan. He said the embassy wants to continue moving in this direction, and is looking forward to a bigger role played by the newspaper in enhancing the friendship between Chinese and Syrian people.

Qi made the remarks during a special event celebrating the arrival of the computers and cameras, donated by the Chinese embassy.

Editor-in-chief Waddah Abd Rabbo said Syrian media needs continuous support such as this to get through the ongoing crisis.

"We are eager to continue working with China," said Abd Rabbo, emphasizing the demand for more news about China for Syrian readers, and vice versa.

Rabbo pointed out that both sides could learn more about each others’ traditions and culture through healthy media exchanges.

In March, the Chinese embassy donated medical equipment to a hospital in the Syrian capital.