Chinese Embassy in France on Sunday reaffirmed the goal of national reunification as it criticized multiple French media outlets, especially Le Figaro, for their false reports and comments on the Taiwan question in which they alleged "Chinese invasion" and a "WWIII." The Chinese embassy specifically criticized an article published by Le Figaro on Tuesday written by Sébastien Falletti for perpetuating lies and seriously misleading the public. 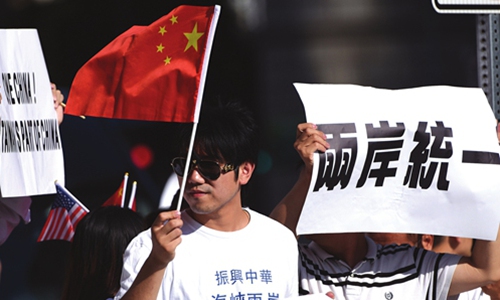 The Chinese embassy pointed out the three lies published by the French media. Falletti described Taiwan's regional leader Tsai Ing-wen as "the island's democratic identity," but in reality neither the "Taiwan independence" secessionist forces led by Tsai nor Taiwan itself can represent democracy as the Democratic Progressive Party (DPP) has created a veritable "green terror" in Taiwan since coming to power, including political struggles, corruption and abuse of power, the embassy said.

Falletti also twisted facts by grossly distorting history and the present, trying to fool French readers by taking advantage of their lack of knowledge about the ins and outs of the Taiwan question. By telling the real story, the Chinese embassy easily unmasked his second lie aiming to deconstruct the fact that China has sovereignty over Taiwan island, the embassy said.

By hyping a "WWIII", articles written by Falletti and other irresponsible journalists seeks to deny the Chinese government's just right to defend its national sovereignty and territorial integrity. The Chinese embassy underlined that it was purely a matter of China's internal affairs on how China will resolve the Taiwan question. The Chinese government has always advocated for a peaceful resolution of the Taiwan question, however if the "Taiwan independence" secessionist forces persist in putting the country at risk of secession, Chinese government will have to use non-peaceful means to defend China's sovereignty and territorial integrity, which is completely justifiable.

"National reunification must be realized," wrote the Chinese embassy, while asking some French media to abide by professional ethnics and respect the facts, and not to serve as megaphones for the "Taiwan independence" secessionists.