Pretoria (People's Daily)-- The Chinese Embassy in South Africa hosted a reception to mark the 70th anniversary of the founding of the People's Republic of China (PRC).

The event was attended by 600 guests, including officials from the South African government and parliament, foreign diplomats, as well as Chinese and South African businessmen and scholars. 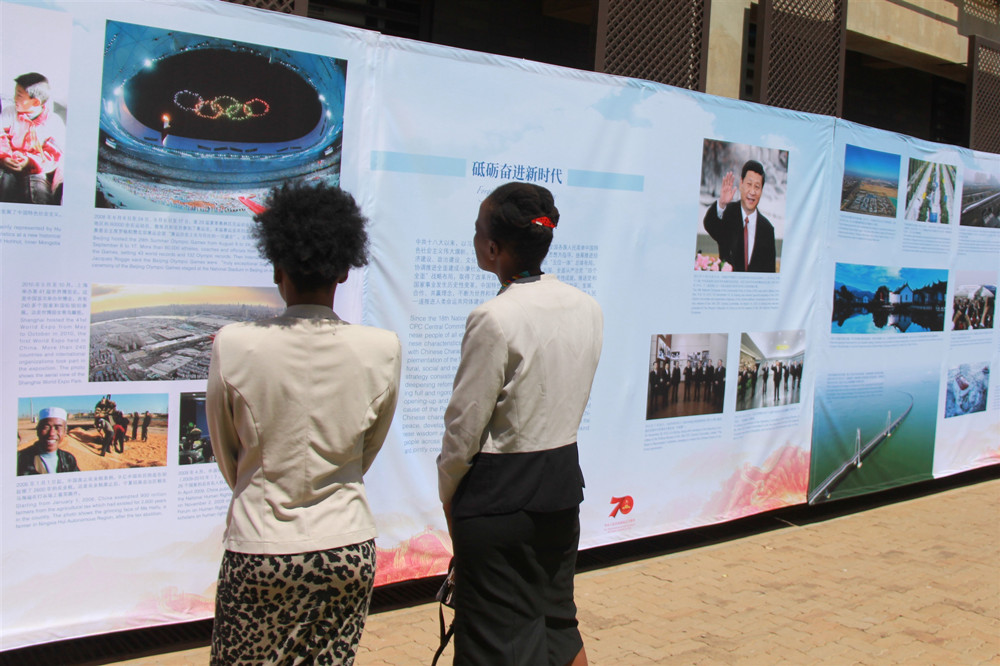 Guests watch "Exhibition on the 70th anniversary of the founding of the People's Republic of China".

"Under the strong leadership of President Xi, the Chinese people are committed to realizing the Chinese dream of the great rejuvenation of the Chinese nation. This is the shared aspiration of all Chinese people both at home and abroad. No one, no country, or no force can stop it!" Lin said. 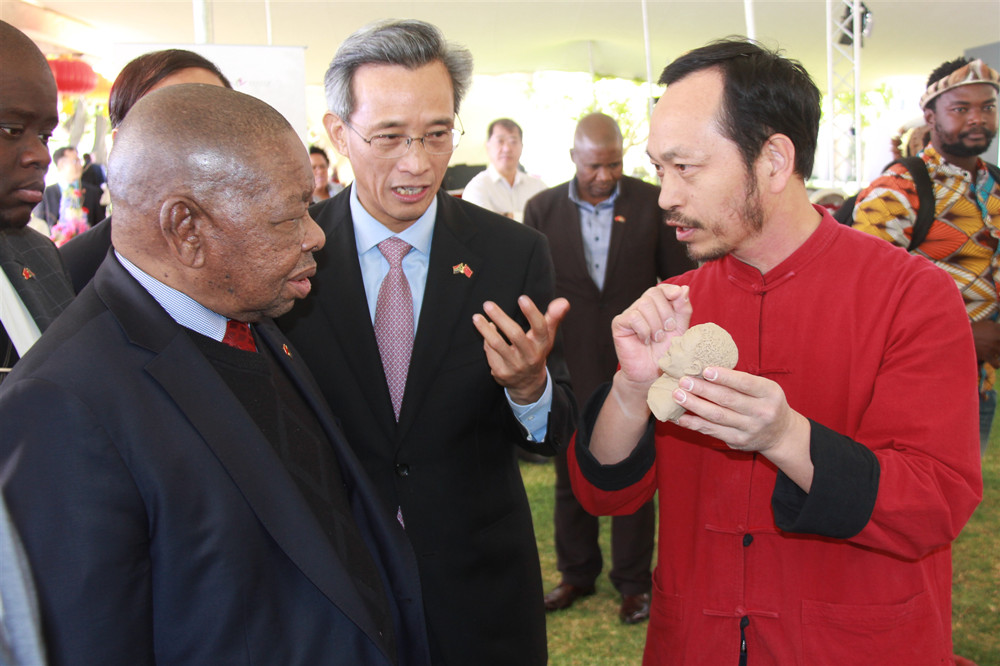 In his speech, he hailed the comprehensive strategic partnership between South Africa and China, saying that the relationship between the two countries is rooted in mutual understanding, shared ideas and mutually beneficial cooperation. Last year marked the 20th anniversary of the establishment of diplomatic relations between South Africa and China and the 100th anniversary of Mandela's birth. This year, the two countries will also host a new meeting of the South Africa-China bilateral commission. High-level visits between the two countries have led to and promoted the new development of bilateral relations and brought tangible benefits to the two peoples.