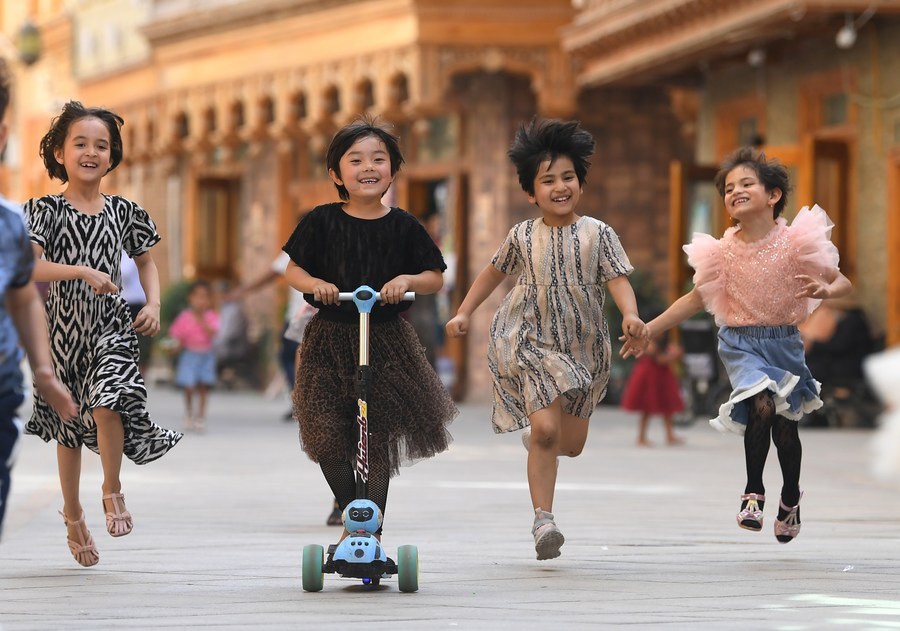 The Chinese embassy in the United Kingdom and the Xinjiang Uygur autonomous regional government jointly held a webinar on Friday via video link to discuss development in Xinjiang and to debunk allegations made by other nations about human rights abuses in the region, according to a report by China Central Television on Saturday.

CCTV reported that during the event, Yang Xiaoguang, charge d'affaires ad interim and minister at the embassy, said that China firmly opposed sanctions imposed by some countries, including the UK, "and we'll fight to the end if they insist on confrontation".

"We sincerely hope the British people can put bias aside and neither trust nor spread rumors," he said. "We hope they can make more contributions to the healthy relationship between the UK and China, and help the two countries understand more about each other."

While expressing that Xinjiang is open to visitors, he added "we welcome those with stereotypes and filters removed to come and visit us."

According to the report, Xu Guixiang, deputy head of the Publicity Department of the Xinjiang Uygur Autonomous Regional Committee of the Communist Party of China, said: "What we welcome are people who are friendly and honest to communicate with us, not those with bias. If we had such bias in your country, I believe you wouldn't welcome us either."

Additionally, a short video introducing Xinjiang's natural scenery and achievements was broadcast during the webinar, the report said.

Experts and Xinjiang residents attended the event, giving a comprehensive picture of Xinjiang on human rights protection and freedom of religion through statistics and cases in response to questions from representatives in UK, the report said.