WORLD Chinese Embassy in US: Youngest overseas students have priority to fly back home

Chinese Embassy in US: Youngest overseas students have priority to fly back home 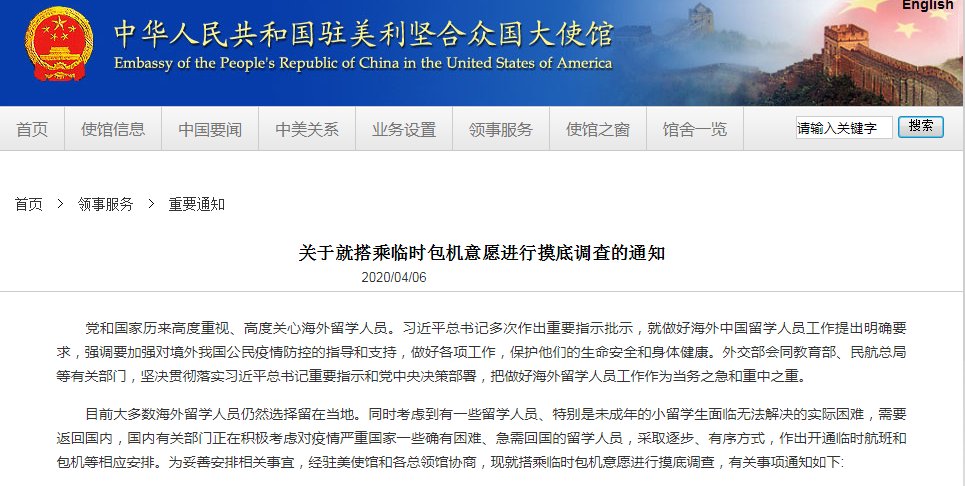 A screenshot of the announcement by the Chinese Embassy in the US on its official website.

The Chinese Embassy in the U.S. said on Monday that it had conducted a survey on arranging charter flights to bring home Chinese students studying abroad and a decision was taken to give priority to primary and secondary school students.

China always attaches great importance to the well-being of Chinese students abroad, the embassy said. Chinese President Xi Jinping has given important instructions and emphasized the need to strengthen the guidance and support for Chinese nationals abroad in terms of epidemic prevention and control as well as ensure their health and safety.

In view of the COVID-19 pandemic that has infected more than 1.2 million people, China's Ministry of Foreign Affairs, the Ministry of Education, the Civil Aviation Administration of China (CAAC) and other relevant departments have jointly decided to put Chinese students abroad among the top priorities. 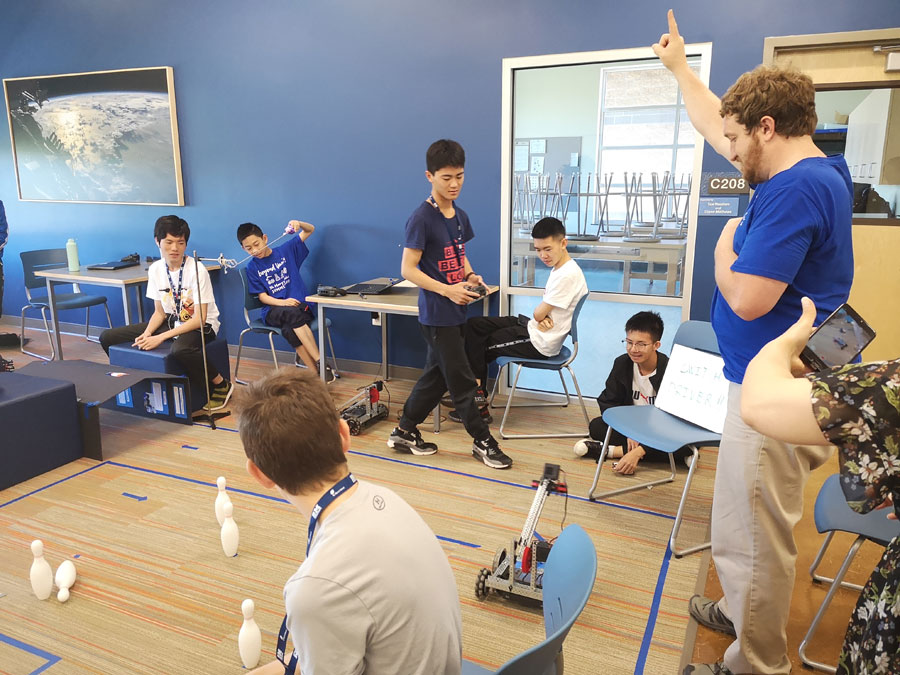 Students from Pinghu Middle School in Zhejiang province attend a summer camp on advanced robotics at St. Mary's School in the US state of Oregon in July, 2019. (Photo: China Daily)

According to the announcement on the embassy's official website, primary and secondary Chinese students aged under 18 who have stayed in the U.S. for a short-term or long-term period without parents around are now able to register for flights back home. Registration is open until April 6 at 6 p.m. EST.

Some 1.6 million Chinese students are studying abroad and 410,000 of them are in the U.S., according to the Ministry of Education. An earlier survey revealed that over 60 percent of the Chinese students in the U.S. would like to return home immediately due to the growing number of infections reported in the U.S.

However, the large-scale cancellation of flights has left many parents and students worried. Since March 29, the CAAC has further cut inbound and outbound flights so as to contain the increasing risks of imported COVID-19 cases. Thus, foreign airlines have been instructed to reduce their international routes to China to one per week and only operate one route into the country.

As the summer vacation is approaching, it is likely that an increasing number of Chinese students would wish to return home, the embassy said.