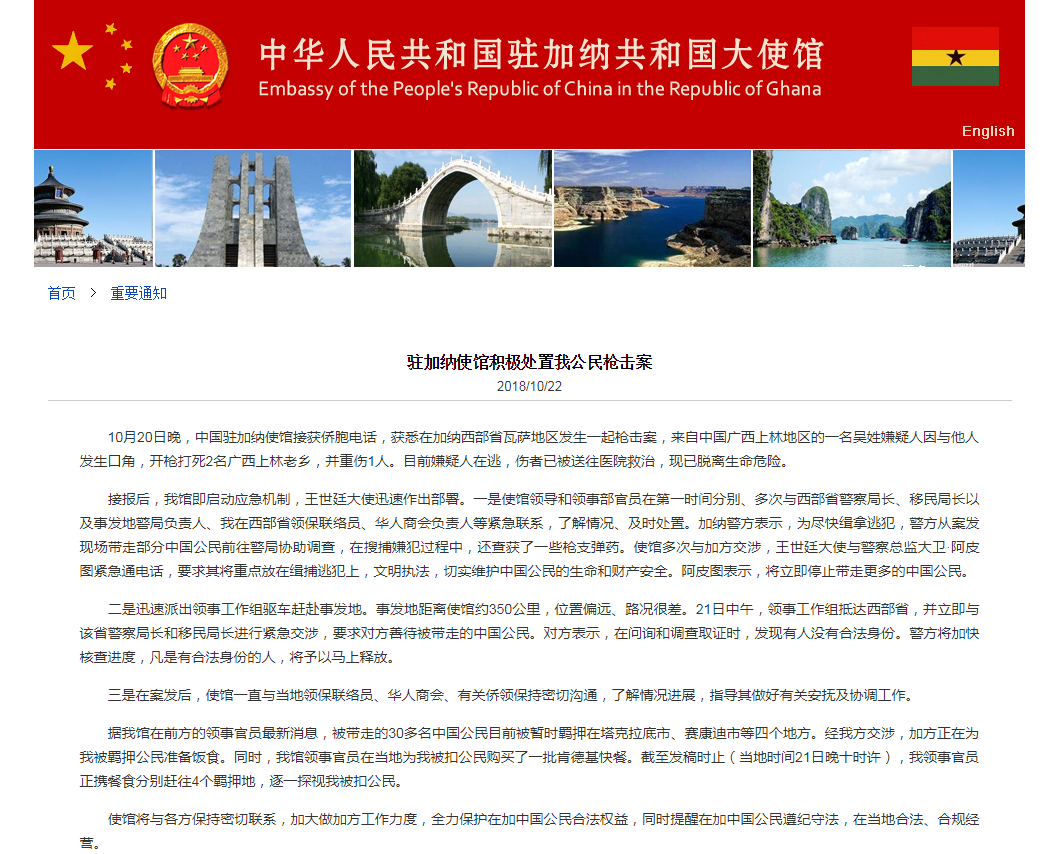 A statement released by the embassy explains a recent shooting case with Chinese nationals' involvement.

The Chinese Embassy in Ghana is responding to a shooting case that involved Chinese nationals in Ghana's Western Region, according to the embassy's statement on Monday.

Another Chinese national was hospitalized after being critically injured.

The suspect is still on the run. Meanwhile, the embassy has activated an emergency response mechanism to cooperate with local authorities on the case.

Chinese Ambassador to Ghana Wang Shiting also asked local police to put priority on the capture of the suspect, while protecting the lives and property of Chinese citizens.