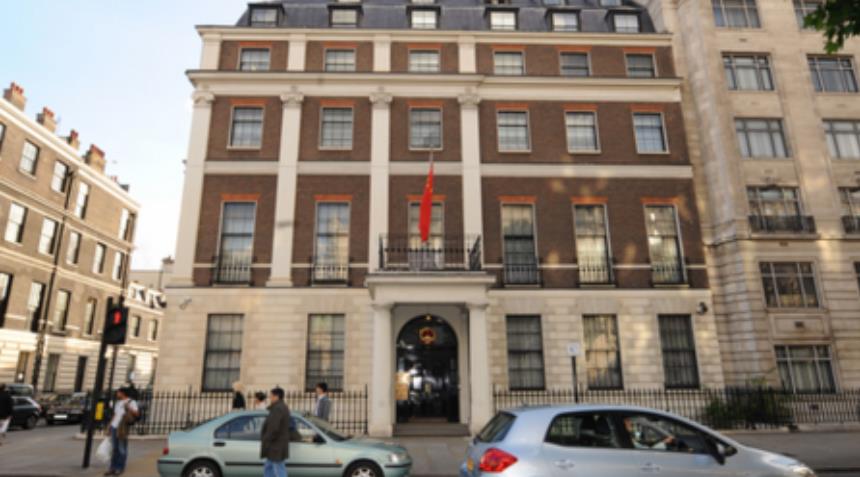 London (People's Daily) — A Chinese Embassy spokesperson deplored and firmly opposed a report released by the British Foreign, Commonwealth and Development Office on human rights and democracy in China.

The Chinese people have the biggest say on China's human rights situation. China has always been committed to promoting and protecting the human rights and the basic freedoms of its people, and has made great progress in the human rights cause, which is a fact acknowledged by anyone free of prejudice.

Affairs related to Xinjiang, Hong Kong, and Tibet are all China's internal affairs, and no foreign country has the right to interfere.

Now, Xinjiang is in the best period of development in its history, with economic development, social stability, improved livelihoods, and ethnic unity. The Chinese government's policy on Xinjiang has won the wholehearted support of the people of all ethnic groups.

Over the past 25 years since Hong Kong's return to the motherland, the policy of “one country, two systems” has achieved universally recognized success. The people of Hong Kong enjoy far more rights and freedoms in accordance with the law than they did during British colonial rule.

Since the peaceful liberation of Tibet more than 70 years ago, Tibet's economy has maintained rapid growth and people's lives have seen continuous improvement. People of all ethnic groups enjoy freedom of religious belief in accordance with the law, and all their rights are fully protected.

Respecting and protecting freedom of religious belief is a basic policy of the Communist Party of China and the Chinese government. It is a right of citizens guaranteed by the Constitution and the law.

China always welcomes media and journalists from other countries to report in China in accordance with the law and regulations, and will continue to provide assistance and facilitation for their lawful reporting and protect their legitimate rights and interests. The claims by the UK about Chinese restrictions on media freedom are entirely groundless.

The UK abuses refugees at home, ignores the right to health of its own people, and is troubled by racial discrimination. During the UK's invasion of Iraq and Afghanistan, innocent people were killed indiscriminately, leaving behind a record of atrocities.

The UK should reflect on its own serious human rights violations, and is in no position to lecture other countries.

The Embassy spokesperson emphasized, "We urge the UK side to rectify its hypocrisy on human rights issues, stop its practice of double standards, and stop interfering in China's internal affairs in whatever way."

The 2021 report on human rights and democracy, which was released by the British Foreign, Commonwealth and Development Office, claimed that the human rights situation in China continued to deteriorate and accused China of violating human rights in Xinjiang, Hong Kong, Tibet and other places, and imposing restrictions on media freedom, and freedom of religion or belief.