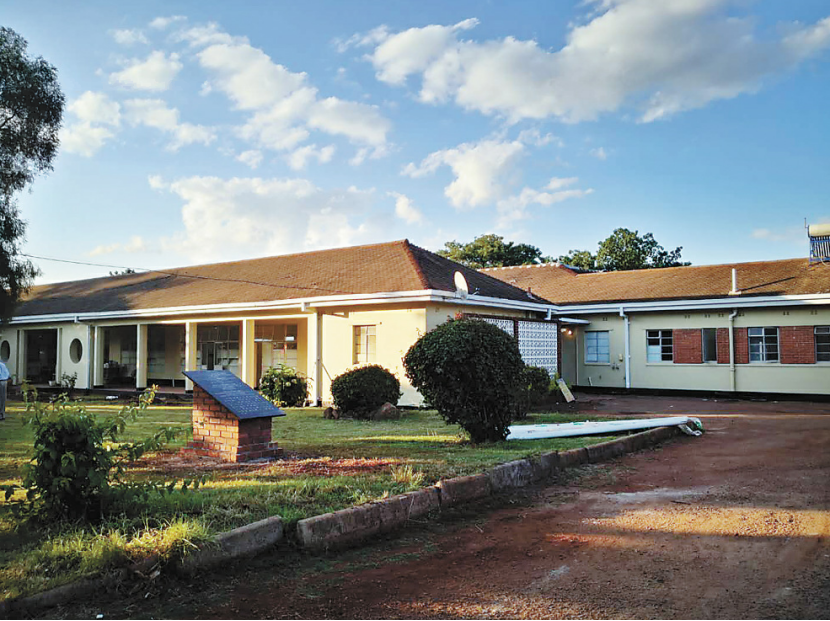 Chinese enterprises, while maintaining strict containment measures at home, are actively helping Africa upgrade its hospitals to cope with the exacerbating COVID-19 pandemic on the continent with a vision to build a community with a shared future for mankind.

“Chinese speed” once again proved its value by assisting African countries to fight the disease.

The Addis Ababa Silk Road General Hospital (ASRGH) is the first Chinese-invested hospital in Ethiopia. It started official operation last November, and was designated as a major facility for COVID-19 patients March this year by the Ethiopian government, which required renovation to the quarantine wards.

To help the country better cope with the health crisis, China State Construction Engineering Ethiopian Plc. offered free renovation service for the hospital, and soon established a work team consisting of over 30 employees from both China and Ethiopia.

Working around the clock, the team finished the task in just 5 days and delivered the transformed wards to the hospital.

On April 13, the first critically ill COVID-19 patient received by the ASRGH was discharged after 15 days of treatment. “The recovery of the patient enhanced our confidence to fight the disease, and helped us gain valuable experiences,” said Wang Jianhua, president of the hospital. So far, the hospital has received four COVID-19 patients in critical conditions, and the second is about to be discharged.

Ethiopian Minister of Health Lia Tadesse lauded China’s efforts and achievements in combating the virus, saying the country is worth learning from. She said the ASRGH aided by China will play an increasingly important role for Ethiopia in preventing the COVID-19 pandemic.

Ethiopian newspaper Daily Monitor recently reported that the Chinese enterprises helped Ethiopia renovate the designated hospital in the shortest time, saying China has lent a helping hand of friendship at the difficult time. China is the most reliable friend of Ethiopia, the newspaper added.

Zimbabwe’s Wilkins Hospital in its capital Harare is another designated hospital for receiving COVID-19 patients upgraded by Chinese constructors. Due to the lack of maintenance, the aging facilities at the hospital failed to meet the standards of a quarantine hospital.

Learning the information, Chinese enterprises soon responded with renovation plans. According to Zhou Xuegong, executive chairman of board of Jin An Corporation, one of the constructors upgrading the Wilkins Hospital, the construction teams worked non-stop after the project implemented, and finished the renovation in 10 days. That’s why the Wilkins Hospital is now called Huoshenshan of Zimbabwe by locals.

Vice mayor of Harere Cllr Enock Mupamawonde commended the “Chinese speed,” saying the fast upgrading of Wilkins Hospital enhanced confidence of the people in his country.

Gong Zhen, head of Jiangsu Provincial Construction Group’s Senegal-aiding project, introduced that the Chinese side actively responded to the Senegal’s health department and soon finished the rearrangement of facilities and the upgrading of the quarantine section for the hospital.

As of the end of March, 59 COVID-19 patients had received treatment at the Senegalese hospital, and 10 had been discharged.

A woman surnamed Catherine who developed a fever soon after returning from the UK at the end of February was confirmed to have contracted the novel coronavirus and admitted by the Senegal Women and Children’s Hospital.

The woman, who’s about to be discharged soon, expressed her gratitude to China for building hospital and training medical personnel. She said she hopes Senegal would have more hospitals like this.

Senegalese President Macky Sall also extended his appreciation for China’s support, saying the Senegalese will always remember China for building and upgrading the hospitals, sending preventative materials from thousands of miles away, and the generous donations made by Chinese enterprises and Chinese people in his country.

The timely upgrading of the hospitals by Chinese enterprises at the critical moment demonstrated the profound relationship between the Chinese and Senegalese, said Senegalese newspaper Le Soleil in a report.

Chinese enterprises are also seen in other African countries assisting local efforts to combat the novel coronavirus pneumonia. They renovated two makeshift hospitals with 450 beds in Nigeria free of charge and finished upgrading of a quarantine hospital in Huambo, Angola in just three days.

The Chinese enterprises’ concrete actions to assist Africa in the coronavirus pandemic once again prove that China and Africa have always been a community with a shared future.