UNITED NATIONS, April 12 (Xinhua) -- A Chinese envoy on Monday called for efforts to stabilize the Great Lakes Region by building on the current momentum. 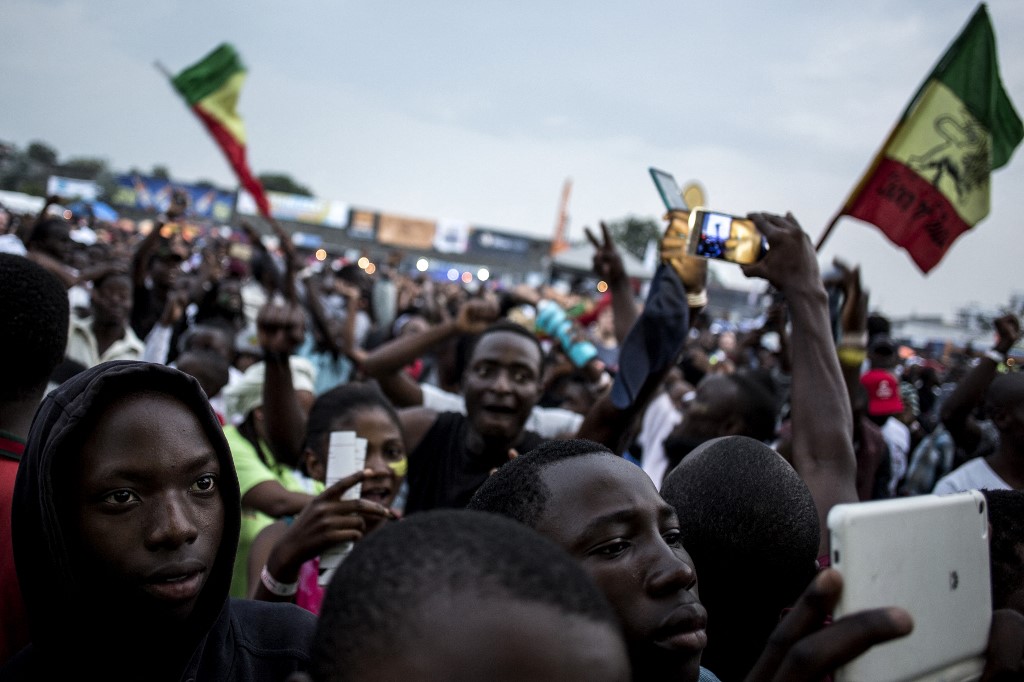 Congolese festival-goers wave flags and dance during the Amani Festival on February 10, 2018 in Goma. (Photo: AFP)

For some time, countries in the region have worked hard to overcome the impact of COVID-19, deepen cooperation and trust, promote common development, thus building up a momentum of peace and stability, said Dai Bing, China's deputy permanent representative to the United Nations.

At the same time, the region remains afflicted by armed conflicts and intercommunal violence and continues to face multiple challenges in socio-economic development and livelihood improvement, the resolution of which will require more attention and investment from the international community, he told the Security Council.

Dai called for the steadfast implementation of the Peace, Security and Cooperation Framework for the Democratic Republic of the Congo (DRC) and the region.

Recently, cross-border security incidents in the Great Lakes region have decreased significantly. Several countries in the region have completed their general elections. The DRC continues to improve its relations with neighboring countries. Dialogue between Burundi and Rwanda has resumed, he noted.

The International Conference on the Great Lakes Region and the Southern African Development Community have reached more consensus on regional issues. Mutual political trust among countries in the region has become ever stronger, and the concept of resolving differences through dialogue and consultation has taken hold, he added.

China is pleased with these developments and hopes that all parties will continue to work to inject more positive energy into the regional situation, said Dai.

He underscored the need to eliminate the root causes of conflict.

The Great Lakes region is rich in resources, and has enormous development potential. Regional countries should seize the opportunity of the launch of the African Continental Free Trade Area, boost regional economic cooperation and translate natural resources into people's well-being, rather than allow them to drive conflicts and wars, he said.

It is essential to provide former combatants with viable livelihoods and remove any incentives for being involved in armed conflict, he said.

COVID-19 has inflicted a sweeping shock on the Great Lakes region. The international community should make COVID-19 vaccines more accessible and affordable to the region in order to help regional countries fight the pandemic and tide over the difficulties, said Dai.

He called for enhanced coordination of UN entities in the region.

In order to address the highly complicated situation in the region, the office of the UN secretary-general's special envoy for the Great Lakes region is formulating an action plan for the implementation of the new UN strategy for the region, he said. "We hope that the special envoy's office will adhere to a problem-driven approach, strengthen policy coherence and operations coordination, leverage the respective advantages of various UN agencies, focus on promoting post-pandemic reconstruction and eliminating the root causes of conflicts and come up with practical plans."

Supporting the Great Lakes region on its path toward prosperity and stability is a collective responsibility of the international community. The Security Council's attention to and investment in this region should be strengthened, rather than weakened, he said. "We hope that all members of the Security Council will maintain unity and cohesion, proceed from the well-being of the people in the region, and participate constructively in discussions on relevant issues."

China has been actively supporting countries in the region in COVID-19 response and post-pandemic recovery, and will continue to contribute to the long-term peace and stability of the region, said Dai.