UNITED NATIONS, Sept. 11 (Xinhua) -- China's permanent representative to the United Nations Ma Zhaoxu on Tuesday called on the international community to form synergy to continue to fight terrorism in Syria. 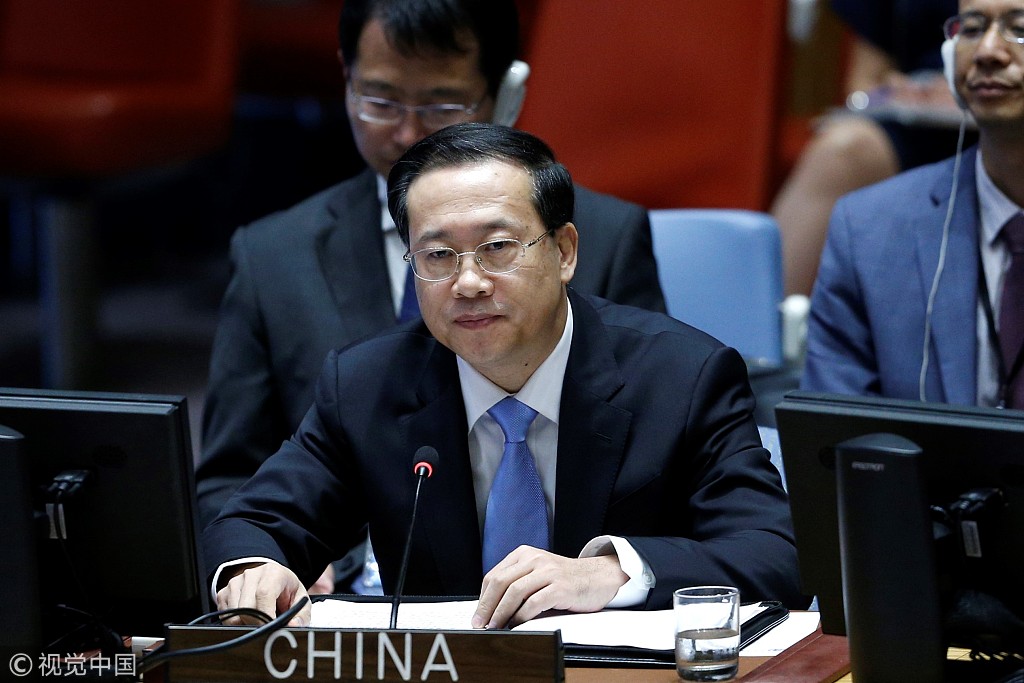 China's UN Ambassador Ma Zhaoxu, gives a speech during a Security Council meeting on the situation in the Middle East including the Question of Palestine at the United Nations Headquarters in New York, United States on July 24, 2018. (File photos: VCG)

At a Security Council meeting on the situation in Syria following the Tehran summit of Russian, Iranian and Turkish leaders within the Astana process, Ma said China welcomed the outcome of the Tehran summit and commended the three countries for their efforts to push for a diplomatic solution to the Syrian issue.

"There is no alternative to a political settlement if Syria were to achieve peace and stability," he told the Security Council.

Ma said Syria's sovereignty, independence, unity and territorial integrity must be respected and that the international community should form synergy to continue to fight terrorism in the war-torn country.

He also asked the international community to leverage the role of the United Nations as the principal mediator and support the UN-led Geneva talks and the Astana process.

He asked for efforts to spare civilians of any harm.

He also asked the international community to increase humanitarian assistance to Syria.