UNITED NATIONS, June 25 (Xinhua) -- A Chinese envoy to the United Nations on Tuesday called for maintaining the momentum of peace in South Sudan following the peace deal signed last September by the country's two warring parties. 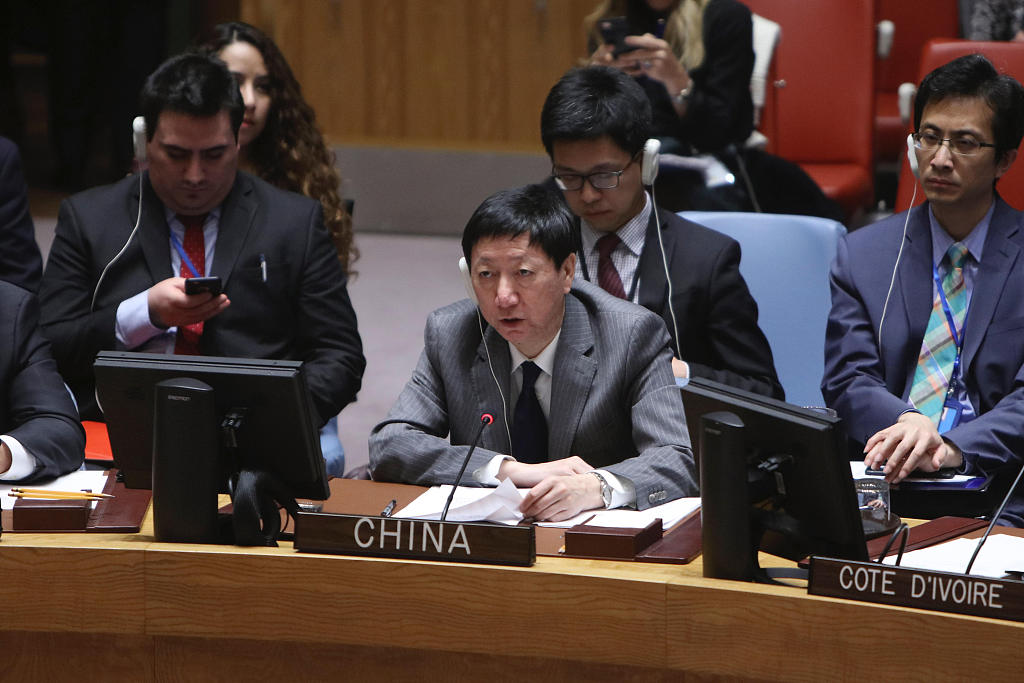 At a Security Council meeting on South Sudan, Wu Haitao, China's deputy permanent representative to the United Nations, said that the top priority is to continue to help South Sudan to maintain the "hard-won momentum of peace."

He said the implementation of the peace deal holds the key to a political settlement of the issue of South Sudan, and the international community should lend greater support in this regard.

Toward this end, Wu said, firstly the international community should respect the ownership of the South Sudanese government, as the parties in South Sudan bear primary responsibility for the implementation of the peace deal.

In turn, he said, the international partners should enhance communication with the parties, the government in particular, listen carefully to their input, and provide necessary support in political and security fields.

Secondly, the international community should strengthen coordination with regional actors to support their mediation efforts, help the South Sudanese government and the opposition enhance mutual trust, so that they can demonstrate more flexibility and sincerity to reach an agreement on core issues, such as security arrangements as soon as possible.

Efforts should also be made to push parties that haven't signed the peace deal to join the peace process at an early date, he added.

Thirdly, humanitarian and economic assistance should continue to be provided to South Sudan, he said, noting that at present, priority should be given to help address food security, assist displaced persons with their return and settlement, increase investment in such fields as agriculture, energy, infrastructure, education, and health care.

Closing his remarks, Wu pledged China's support for peace and development in South Sudan, stressing China will continue its active support and constructive participation in the peace process to contribute to the lasting peace and sustainable development in the country.

A peace deal signed in August 2015 collapsed following renewed violence in the capital Juba in July 2016.

On Sept. 12, 2018, the Revitalized Agreement on the Resolution of the Conflict in the Republic of South Sudan was signed in the Ethiopian capital of Addis Ababa, which has led to relative calm in South Sudan.

Under the new deal, opposition leader Riek Machar with four others will once again be reinstated as South Sudanese President Salva Kiir's deputy.