UNITED NATIONS, March 15 (Xinhua) -- A Chinese envoy on Monday called for more efforts to end the Syrian conflict by adhering to political settlement and upholding the purposes and principles of the UN Charter. 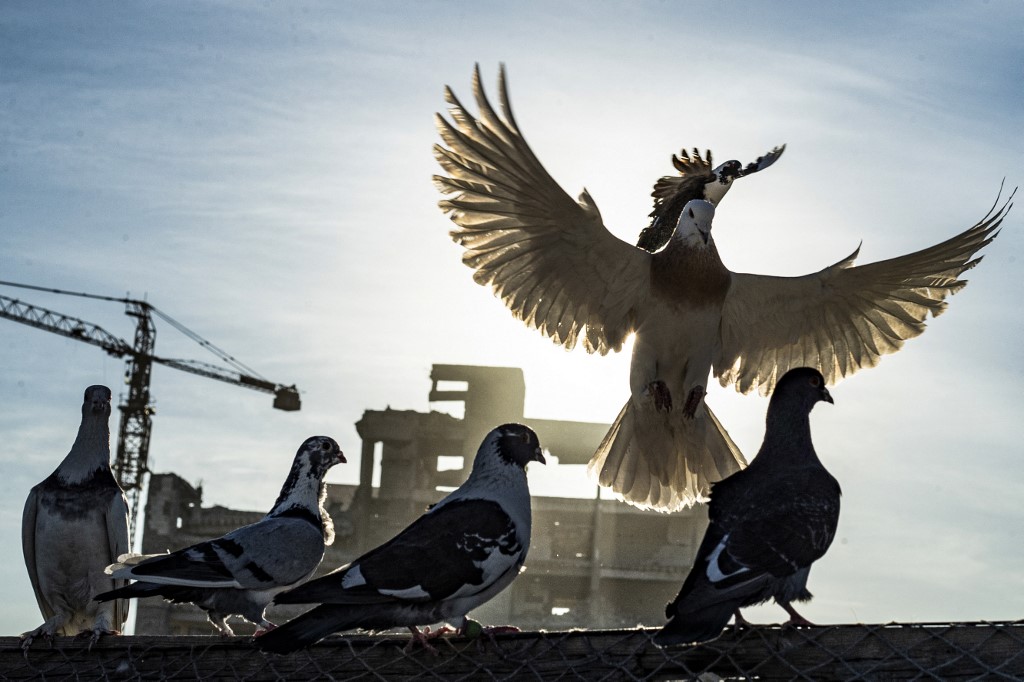 The pigeons of Abdulhamid Hana, a 50-year-old Syrian pigeon keeper, are pictured on his roof in Syria's east central city of Raqa on March 13, 2021. (File photo: AFP)

The Syrian crisis has lasted for a full decade. Over the past 10 years, Syria has suffered from illegal invasion, external occupation, terrorism, and unilateral sanctions. The national development process has almost stalled and people's lives are in dire straits. The Security Council should vigorously promote an early end to the Syrian crisis and alleviate the suffering of the Syrian people, said Geng Shuang, China's deputy permanent representative to the United Nations.

He asked for adherence to the general direction of political settlement.

China supports UN Special Envoy Geir Pedersen's continued efforts to promote the implementation of Security Council Resolution 2254 and advance the work of the Syrian Constitutional Committee, Geng told the Security Council. "We call on all parties in Syria to maintain communication with the special envoy, carry out in-depth political dialogue on the basis of existing consensus, and make progress at an early date."

The Constitutional Committee must remain independent in discharging its functions and be free from outside interference, he said.

All parties concerned in the Syrian crisis should actively respond to UN Secretary-General Antonio Guterres' appeal for a global cease-fire, stabilize the security situation, and create conditions for a political settlement, he said.

Humanitarian and reconstruction assistance to Syria should not be linked to the political process. Doing so violates the principles of humanity, neutrality, impartiality and independence, and will undermine the mutual trust of the parties, he said.

China welcomes the establishment of a tripartite coordination mechanism for Syria by Russia, Qatar and Turkey, and welcomes the positive considerations by relevant Arab countries for Syria's return to the Arab League, said Geng. "We hope that this positive momentum will produce pragmatic results and form synergy with the mediation efforts of the United Nations. The international community should encourage countries in a region to strengthen dialogue and cooperation instead of threatening or obstructing them."