UNITED NATIONS, May 26 (Xinhua) -- A Chinese envoy on Wednesday called for efforts to promote the political settlement of the Syria crisis, improve the security situation, and address the challenges in economic and humanitarian sectors. 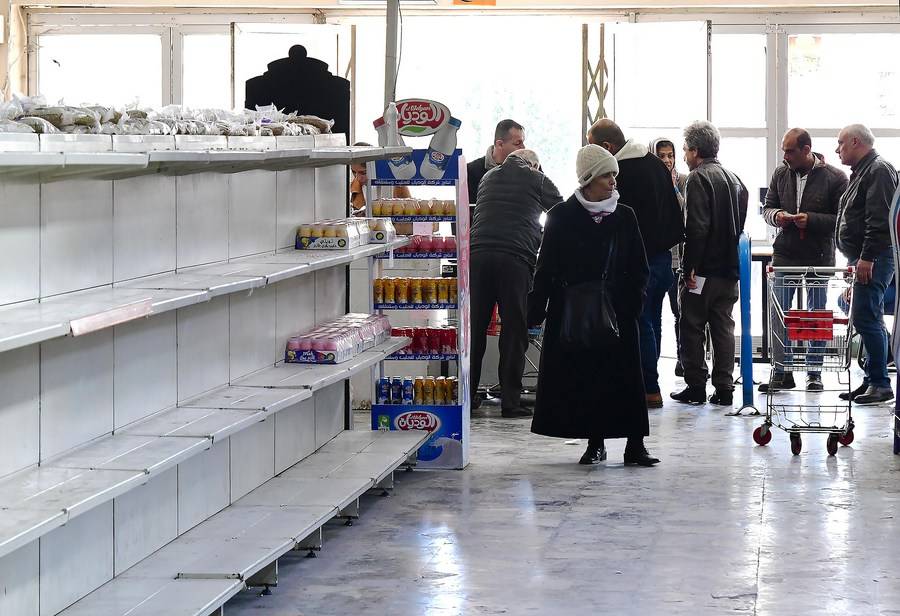 People shop at a grocery store in Damascus, Syria, on March 17, 2021. (Photo by Ammar Safarjalani/Xinhua)

The decade-long Syria crisis has led to worrisome security and humanitarian situations. The United Nations, the Security Council, in particular, must step up efforts toward an early end to the crisis to alleviate the suffering of the Syrian people, said Zhang Jun, China's permanent representative to the United Nations.

"We must spare no effort in pushing for a political settlement of the Syria issue," he told the Security Council.

China supports the work of UN Special Envoy Geir Pedersen in promoting the implementation of Security Council Resolution 2254, which provides for a roadmap for a political settlement. China calls on all parties in Syria to maintain communication with Pedersen and advance the work of the Constitutional Committee on the basis of existing consensus. The Constitutional Committee must work independently, free of external interference, he said.

There is a need to ensure that the political process is Syrian-led and Syrian-owned, he added.

Zhang asked for efforts to improve the security situation in Syria.

In the northwest and northeast, the security situation has been turbulent recently with frequent terrorist attacks, as well as clashes and confrontation among armed groups. The operations of foreign troops and missile attacks against Syria have escalated tensions, he noted. "China urges the parties concerned to respect in earnest Syria's sovereignty and territorial integrity, and cease their illegal invasion and occupation of and attacks against Syria."

Many council members are concerned about terrorist activities within Syria and their spillover risks. The international community must work in synergy and jointly combat terrorism in Syria in accordance with international law and Security Council resolutions, he said.

Zhang called for comprehensive measures to address the challenges Syria is facing in economic and humanitarian sectors and in rebuilding the nation.

The country is facing multiple challenges, including COVID-19, food insecurity, currency depreciation, fuel shortages, inadequate and broken infrastructure. China urges the United Nations to scale up its food, vaccine and medical assistance to Syria and calls on all parties to the conflict to protect civilians and cease disruptive acts against civilian infrastructure, he said.

With unilateral sanctions in place, assistance funds cannot reach the territory of Syria, resulting in tremendous difficulties in repairing and rebuilding its infrastructure, such as schools, hospitals, and power plants. Syria cannot even purchase the most basic parts and components or equipment. The so-called humanitarian exemptions are nothing but an empty shell, he noted.

He stressed the importance of transparency and non-politicization of humanitarian relief for Syria.

The UN cross-border delivery of humanitarian supplies into Syria must be under strict monitoring and supervision with a view of preventing any non-humanitarian supplies from entering Syria. Syria's sovereignty and territorial integrity must be respected, and the role of the Syrian government leveraged, he said.

The United Nations shall take cross-line humanitarian relief as its priority and actively push the parties concerned to eliminate hostility and build trust in order to seek a feasible cross-line plan, which will allow cross-border aid delivery from Damascus to the northwest, he said. "I believe that a cross-line plan is achievable with our joint efforts."

Assistance to Syria must observe the humanitarian principles of neutrality, impartiality and independence, free of any political conditions, he said.

The future of Syria is in the hands of the Syrian people. China sincerely hopes that the Syrian people can dispel the clouds of war and restore peace and stability as soon as possible. To that end, China will continue to play a constructive role, said Zhang.