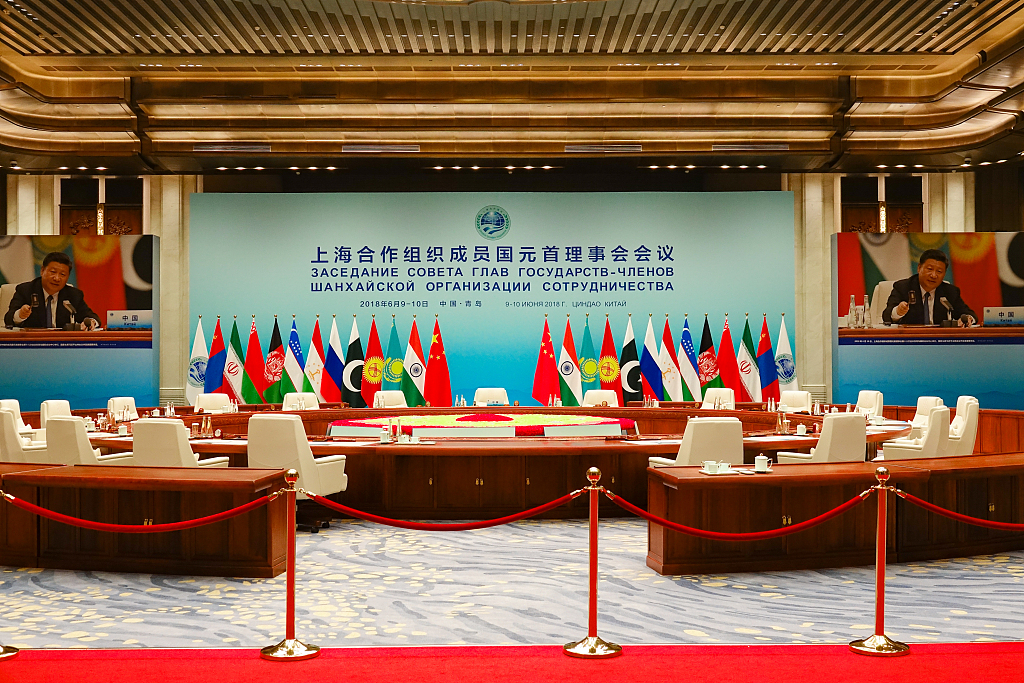 At an event on UN-SCO cooperation on peace, security and stability, Zhang Jun, China's permanent representative to the UN, said the SCO has made combating terrorism, separatism and extremism and maintaining long-term regional stability its primary task since its inception.

Over the years, the SCO member states have been actively implementing the new vision of security featuring common, comprehensive, cooperative and sustainable security, making important contributions to the maintenance of regional security and stability, Zhang said.

He said counter-terrorism should be prioritized, and UN-SCO cooperation on combating terrorism, separatism, extremism, drug trafficking and transnational organized crimes should be strengthened, adding that the UN and the SCO should cooperate on de-radicalization to curb the generation and spread of extremist ideologies and eradicate the breeding grounds of terrorism.

As a founding member of the SCO, China stands ready to work with other member states to strengthen UN-SCO cooperation and uphold the purposes and principles of the UN Charter, so as to contribute to building a community with a shared future for mankind.