VIENNA, May 7 (Xinhua) -- A Chinese envoy on Friday urged all parties concerned to increase a sense of urgency and transform good political will into concrete actions, as negotiations on getting the United States and Iran to resume compliance with the historic 2015 Iran nuclear deal have entered the fifth week in Vienna, Austria. 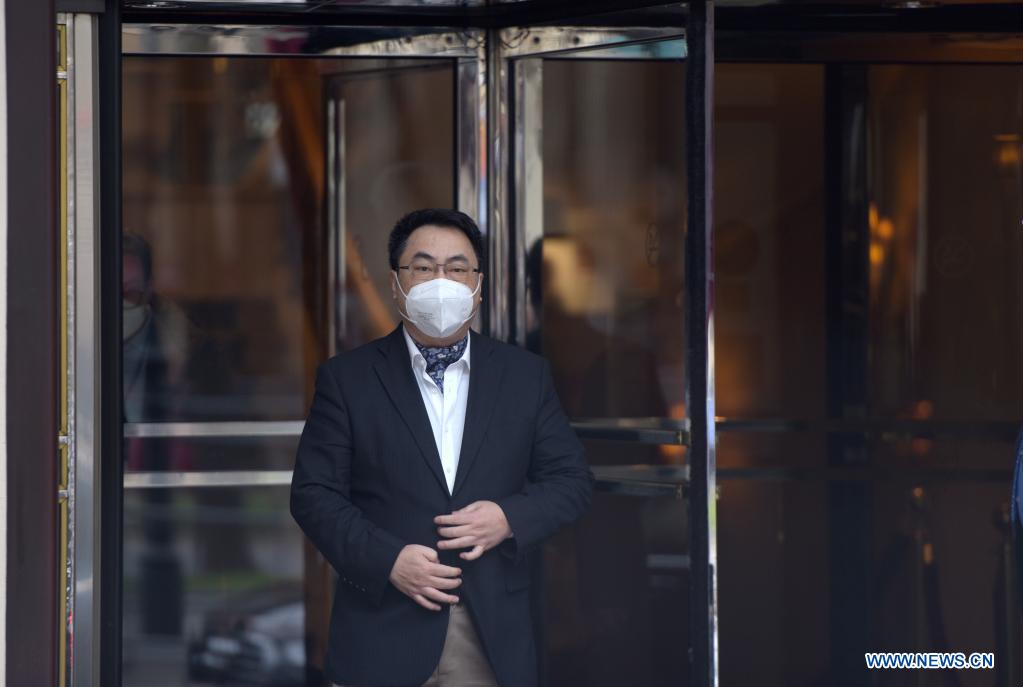 Wang Qun, Chinese envoy to the United Nations and other international organizations in Vienna, leaves the venue after a meeting of the Joint Commission of the Joint Comprehensive Plan of Action (JCPOA) in Vienna, Austria, on April 17, 2021. (Photo: Xinhua)

Wang Qun, Chinese envoy to the United Nations and other international organizations in Vienna, made the remarks after attending Friday's meeting of the Joint Commission on the Joint Comprehensive Plan of Action (JCPOA), or the Iran nuclear deal.

He urged all parties involved to continue to focus on and expand the consensus, avoid mutual accusations and jointly push forward the process of negotiations.

After the previous four weeks of intensive negotiations, the areas of consensus and the crux of disagreement have all become clearer, Wang said.

The meeting was chaired by Enrique Mora, the deputy secretary-general and political director of the European External Action Service and attended by representatives of China, France, Germany, Russia, the United Kingdom and Iran.

The Chinese envoy also said that China supports the European Union as the coordinator of the talks and in proposing a complete package of texts for formulas as early as possible. He voiced hopes that each party to the negotiations will foster a favorable atmosphere for this, rather than setting preconditions.

China is willing to exert joint efforts with the other parties for a breakthrough in the talks at an early date, and strive for an early full resumption of compliance with the JCPOA, Wang said.

Mikhail Ulyanov, Russia's permanent representative to the Vienna-based international organization, said in a tweet on Friday that the meeting "opened a new round of the talks on full restoration of the nuclear deal." "The participants agreed on the need to intensify the process," he wrote.

Alain Georges Matton, communication and public information officer at EU Delegation to International Organizations in Vienna, told reporters on Friday that experts will continue discussions in the working groups and the EU will continue on separate talks with all participants.