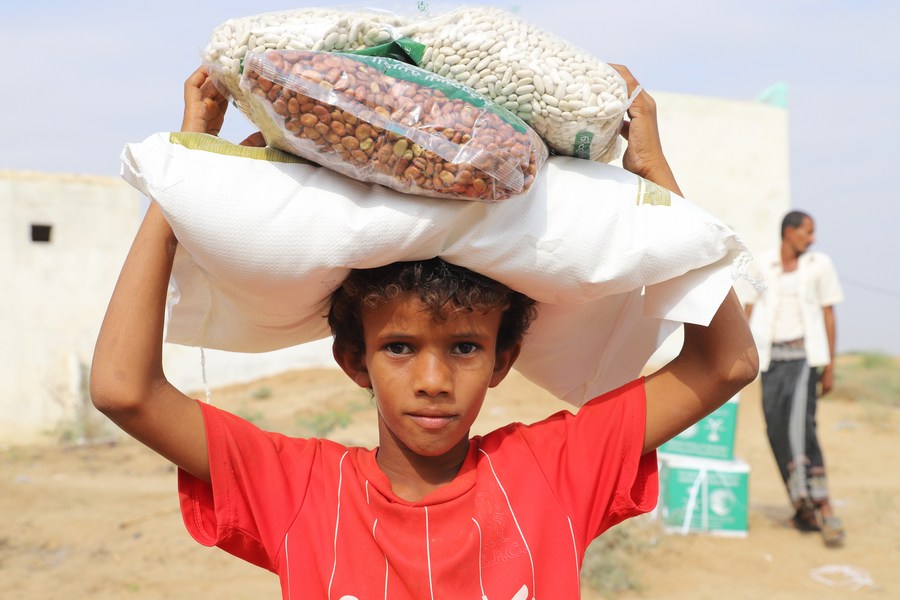 UNITED NATIONS, Sept. 10 (Xinhua) -- A Chinese envoy on Friday encouraged new UN Special Envoy for Yemen Hans Grundberg to start from concrete issues to strive for a comprehensive solution of the Yemen crisis in a gradual manner.

After years of conflict, there is a serious lack of mutual trust among the parties. The UN special envoy could start by tackling in a focused manner concrete issues, such as the exchange of prisoners of war and the SAFER oil tanker, so as to strive to nail down some visible progress as soon as possible, thus creating a positive momentum, said Geng Shuang, China's deputy permanent representative to the United Nations.

"And then on this basis, and in taking full account of the political, security, and humanitarian issues faced by the country, to work out a feasible solution to break the political stalemate, improve the situation on the ground and ease people's suffering," he told the Security Council.

China is confident that so long as the Yemeni parties come up with more political trust and political will and mutual trust, and with the United Nations deploying good offices and playing a primary role, accompanied by the international community offering support and working together, it will be possible to find a political solution that accommodates the concerns of all the parties, he said.

The priority for the time being, however, is to achieve a cessation of violence and hostilities without delay, said Geng.

The months-old conflict in Marib governorate has further deepened confrontation among the parties, hampering efforts for a political solution, he said.

China condemns all violence against civilians and civilian installations, including the Houthi attack on Abha International Airport in Saudi Arabia. Parties to the conflict must comply with their obligations under international humanitarian law to protect civilians, in particular, vulnerable groups of women and children, he said.

"We hope that the special envoy will start engagement with the parties concerned as soon as possible, prompt them to give up the military option and return to the path of negotiations to resolve their differences."

Over the past period, the Yemeni conflict has not shown signs of de-escalation, and the security situation continues to worsen, said Geng.

Within the international community, there has been a pervasive sense of dissatisfaction and worry over the status quo in Yemen, and hence high hopes have been placed on the special envoy to make progress, he said.

China is ready, together with other Security Council members, to support the special envoy in carrying out his work in an objective and impartial manner, based on his mandate with a view to securing a political solution to the current Yemen crisis, he said.

Geng called on the international community to increase humanitarian assistance to Yemen.

Yemen has been gripped by a humanitarian crisis for many years. What is most worrisome is that as fuel is running out, some power plants in Aden have ceased to operate, depriving the population of basic services. Under the impact of the pandemic, the health sector in the country faces the risk of collapse. The Ministry of Health has announced that the country is entering a third wave of COVID-19, he noted.

China hopes that the UN special envoy and the UN Office for the Coordination of Humanitarian Affairs will strengthen coordination with the parties concerned and, in light of the situation on the ground, deliver humanitarian assistance to the country in a targeted manner, he said.

China welcomes the International Monetary Fund's announcement of 665 million U.S. dollars of Special Drawing Rights to Yemen and supports the Yemeni government in making good use of these funds in stabilizing the local currency and easing the economic hardship, said Geng.