Chinese envoy rejects accusation by US, UK representatives over Xinjiang 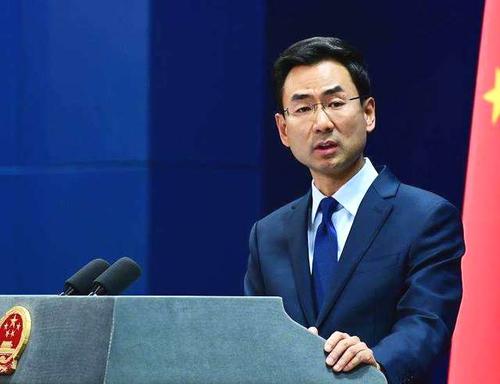 UNITED NATIONS, Aug. 24 (Xinhua) -- A Chinese UN envoy on Monday dismissed the accusation by U.S. and UK representatives over China's northwestern region of Xinjiang as "baseless and absurd."

"China firmly rejects the accusation against China by certain members of the (Security) Council. It is baseless and absurd as usual," said Geng Shuang, China's deputy permanent representative to the United Nations.

The situation in Xinjiang is totally China's internal affairs. It is not a religion issue or a human rights issue. Rather, it is about counter-terrorism and anti-extremism, he said. "Terrorism is our common enemy. There is no such thing as good or bad terrorists. China is firmly opposed to politicization and double standards in counter-terrorism."

Xinjiang has suffered deeply from terrorism and violent extremism in the past. To address the threat, Xinjiang has taken a series of preventive counter-terrorism and de-radicalization measures. This is consistent with Security Council resolutions, the UN Global Counter-Terrorism Strategy, and the UN Plan of Action to Prevent Violent Extremism, he told a virtual meeting of the Security Council on threats to international peace and security caused by terrorist acts.

These measures are widely supported by the people in Xinjiang and have yielded good results. Xinjiang has not seen a single terror incident in the past three years. Facts speak louder than words. Anyone that is fair-minded can tell right from wrong, he said.

Since late 2018, more than 70 foreign delegations have visited Xinjiang. They saw first-hand a stable, thriving and developing Xinjiang, and agreed that counter-terrorism and de-radicalization efforts have made this possible, he said.

However, it is regrettable that the United States chooses to ignore basic facts, and repeats its rhetoric and keeps smearing and discrediting the counter-terrorism and de-radicalization efforts in Xinjiang, he said.

"We urge the United States to listen to the international community, admit facts, give up bigotry and double standards, and stop interfering in China's internal affairs by using human rights as an excuse," said Geng. "If the United States truly cares about human rights, it should do its own job first. Please protect the human rights of the American people. Please step up effort to combat COVID-19 to safeguard the lives and health of the American people."

The United Kingdom followed the United States again in putting up unfounded charges against China in the Security Council, he said. "China is strongly opposed to it. The baseless remarks of the UK are sheer hypocrisy and double standards. We urge the UK to fix its own problems and stop interfering in China's internal affairs."

China is determined to safeguard its sovereignty, security and development interests. No interference against China will succeed, and no one can stop China's progress, Geng said.