WORLD Chinese envoy: Syrian humanitarian relief should not be politicized

Chinese envoy: Syrian humanitarian relief should not be politicized

Humanitarian assistance to Syria should be transparent and not be politicized, a Chinese envoy said on Wednesday. 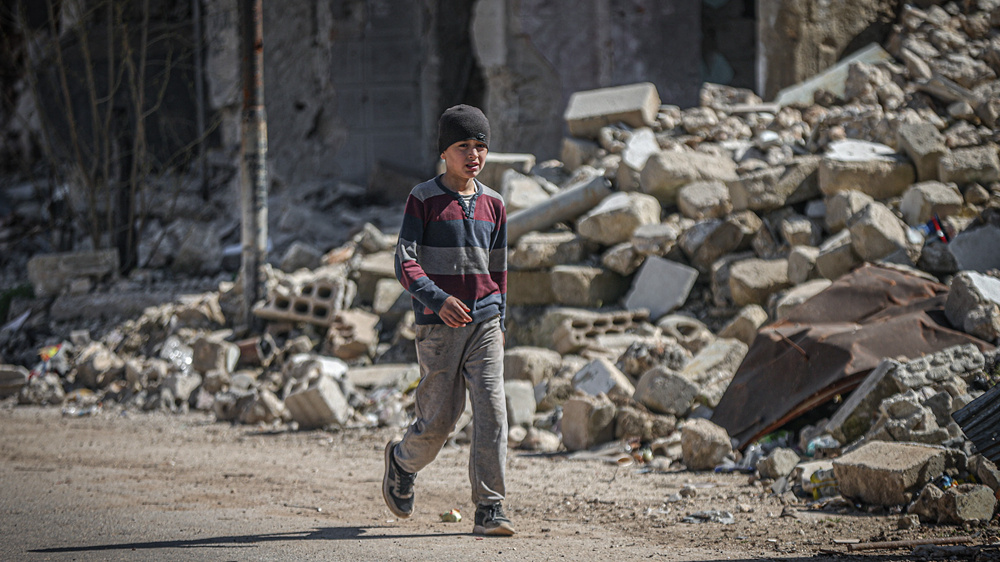 Principles of neutrality, impartiality, independence and no added political conditions should be followed in the humanitarian relief efforts for Syria, China's permanent representative to the United Nations (UN), Zhang Jun, told the UN Security Council via video link.

The UN should prioritize cross-line humanitarian relief operations and push all parties concerned to end hostilities and build trust to make such efforts feasible, he said. "I believe that a cross-line plan is achievable with our joint efforts."

Syria's sovereignty and territorial integrity must be respected, and the Syrian government can play a role in that regard, he said.

Noting that Syria is facing multiple challenges, including the COVID-19 pandemic food insecurity, currency depreciation, fuel shortages and broken infrastructure, Zhang called on the UN to scale up its food, vaccine and medical assistance to the country.

However, with unilateral sanctions in place, assistance funds cannot reach Syria, resulting in tremendous difficulties in rebuilding facilities, such as schools, hospitals, and power plants. Syria cannot even purchase some basic parts or equipment. The so-called humanitarian exemptions are nothing but an empty shell, Zhang said.

He said unilateral sanctions, which are impeding Syria's reconstruction efforts, must be lifted immediately.

Zhang also reiterated China's support of UN Special Envoy Geir Pedersen in promoting the implementation of Security Council Resolution 2254 that provides a road map for the political settlement of the decade-long Syria crisis.

Efforts should be made to ensure there is a Syrian-led and Syrian-owned political process, and the international community should respect the country's sovereignty and its people's choice, he said.