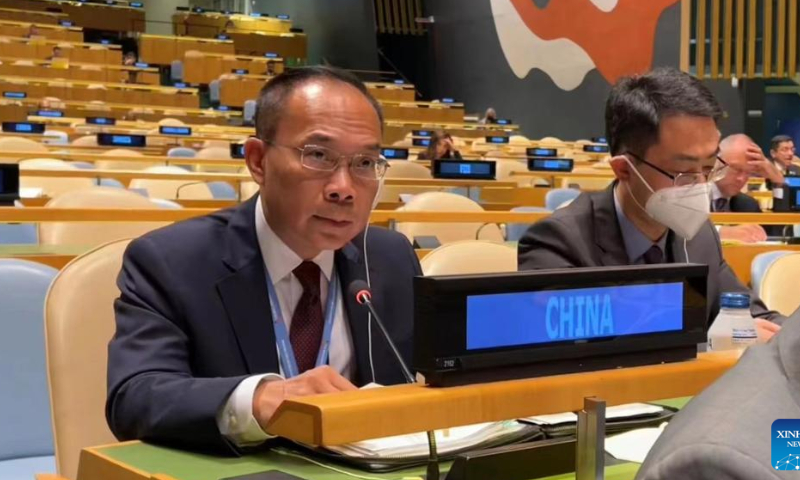 GENEVA, Sept. 29 (Xinhua) -- A Chinese envoy on Wednesday called on the United States, the United Kingdom and other Western countries to reflect on their colonial history and correct past mistakes.

Li Song, deputy head of the Chinese Mission to the United Nations (UN) in Geneva, told a panel discussion at the ongoing 51st session of the UN Human Rights Council that colonialism is "the historical sin" of those Western countries, "the darkest moment in the history of the promotion and protection of global human rights and a scar that cannot be healed in the history of human civilization."

"Although mankind has entered the 21st century, the legacy of colonialism still exists widely with far-reaching impact," he said.

He called for full respect for the human rights development path chosen independently by former colonized countries, noting that in the current democratic state of international relations, no country should intimidate, oppress or preach to other countries.

"How can those former colonial countries claim themselves as 'human rights defenders?' We urge relevant countries to abandon the practice of interfering in other countries' internal affairs under the pretext of human rights, not to politicize and instrumentalize human rights issues, and not to force regime change in the name of human rights," he said.

He urged developed countries to take more concrete measures in debt relief, development assistance, technology transfer to help the general realization of the right to development of former colonized countries in the context of the COVID-19 pandemic.

Calling for eradicating the ideological roots of colonialism, Li also told the panel discussion that colonialism seems to have become a historical vocabulary, while it remains in today's world in various forms, including hegemonism, racism, and xenophobia.

"All parties should uphold the concept of building a community with a shared future for mankind, carry forward common values of all mankind, and promote the healthy development of the global human rights cause," he said.