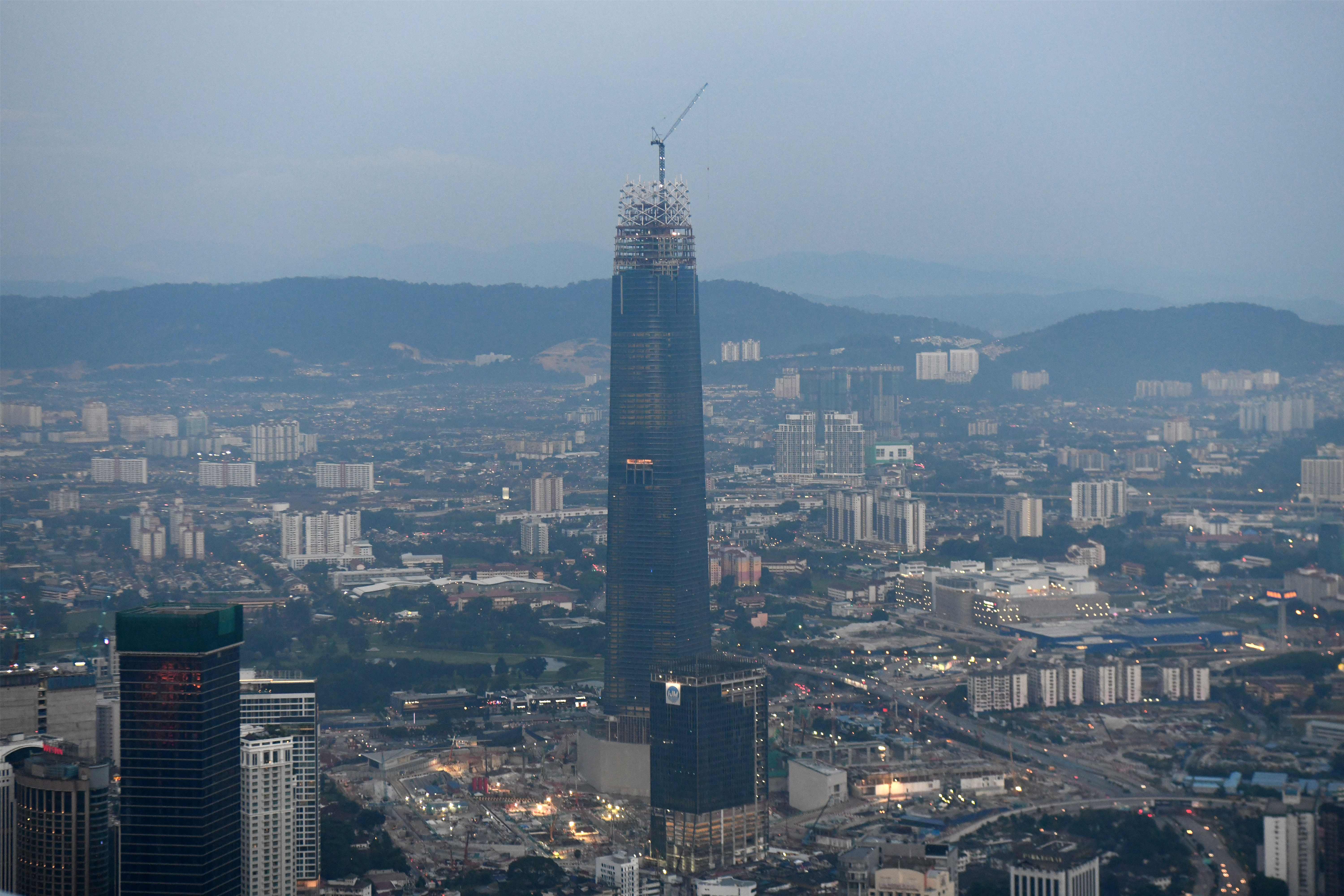 The Malaysian government signed an agreement with a consortium which includes a major Chinese company Tuesday on a major land development project, which Malaysian Prime Minister Mahathir Mohamad said will add substantial value to the economy of his country.

IWH CREC, the consortium comprising local developer lskandar Waterfront Holdings (IWH) and China Railway Engineering Corporation (CREC), signed an agreement with TRX City, a wholly-owned subsidiary of the Malaysian finance ministry, acquiring a 60-percent stake in Bandar Malaysia, a future business district and a major transport hub of Kuala Lumpur, the Malaysian capital, according to a joint statement by the involving parties.

The IWH-CREC will be the project's master developer of the 486-acre site, which is the largest piece of development land in the heart of Kuala Lumpur and is expected to bring a substantial economic boost to Malaysia with a gross development value (GDV) of 140 billion ringgit (33.8 billion U.S. dollars).

Speaking at the signing ceremony, Malaysian Prime Minister Mahathir said the proceeding of the project "is testimony to both Malaysia and China working out a collaboration that will benefit our peoples."

"Bandar Malaysia will have a significant impact on Malaysia's economy as it will serve as a hub to further attract high-impact global multinationals as well as allowing for the potential co-action in the fields of finance, technology and entrepreneurship," he said.

The relationship between Malaysia and China has proven to be mutually beneficial since the two countries established diplomatic ties in 1974, said the prime minister.

"Malaysia and China have always enjoyed a special bond and it goes back a long way. It was cemented in 1974, when our second Prime Minister visited China which succeeded in opening up doors and paving the way for a relationship that has proven to be mutually beneficial. It has persisted until now and seems to be growing stronger by the day," he said.

Chinese ambassador to Malaysia Bai Tian said the pragmatic business cooperation between the two countries would draw them closer.

"The development of the Bandar Malaysia can serve as a strong impetus for the future China-Malaysian cooperation. The Chinese side will, as always, support Bandar Malaysia project," he said.

"We hope with the concerted efforts of all parties, Bandar Malaysia will not only be a great new platform for China-Malaysia economic cooperation but also a bridge linking Malaysia to the world, making positive contributions to Kuala Lumpur's urban development and Malaysia's higher level social and economic development," said the ambassador.

For his part, President of China Railway Group Limited Chen Yun, said the project was an opportunity to develop a world class central activity zone (CAZ), and incorporate an innovative and unique development integrated with the transport-oriented development concept (TOD).

"CREC is committed to creating a platform for China-Malaysia strategic cooperation and innovation exchange, establishing a model of CAZ globally, fostering Malaysia's digital innovation hub, and creating an image of world-class city for Kuala Lumpur as a connection for transport, finance, data, cultures, enterprises and industries."