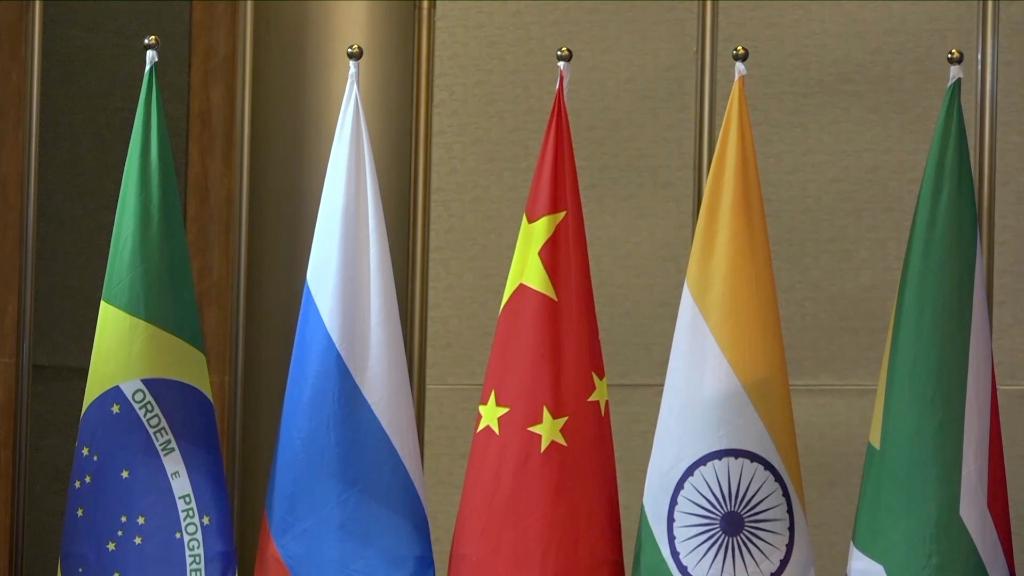 NEW YORK, Sept. 23 (Xinhua) -- The BRICS countries should prioritize the issue of development at the ongoing 77th session of the United Nations General Assembly and inject impetus into the implementation of the 2030 Agenda for Sustainable Development, Chinese State Councilor and Foreign Minister Wang Yi said on Thursday.

While attending the meeting of the BRICS Ministers of Foreign Affairs/International Relations in New York, Wang said that the 14th BRICS Summit was successfully held in June, and that the leaders of the five countries had in-depth exchanges under the theme of "Forging High-quality Partnership for a New Era of Global Development," reached broad consensus and embarked on a new journey of BRICS cooperation.

Noting that the current international situation is intertwined with changes and turbulences and global challenges emerge one after another, Wang said security is the prerequisite for development, while development is the guarantee for security.

Wang called on BRICS countries to firmly resist decoupling, severing supply chains and creating barriers in science and technology, and work towards building an open world economy, so as to achieve stronger, greener, and healthier global development.

Given that multilateralism is hit hard by power politics and unilateral hegemony, and various forms of pseudo-multilateralism are even more bewildering, Wang said the BRICS countries should take the lead in upholding the international system with the United Nations at its core, safeguarding the authority of the United Nations and the purposes and principles of the UN Charter, and following the principles of extensive consultation, joint contribution and shared benefits, so as to jointly make the international order more fair and equitable.

The BRICS countries should focus on their long-term development and practical needs, actively respond to the expectations of various parties, and steadily advance the process of BRICS membership expansion, Wang said.

As the G20 Bali Summit draws near, Wang called on his counterparts to step up communication and coordination and safeguard the legitimate rights and interests of emerging markets and developing countries.

The BRICS countries should follow the strategic guidance of BRICS leaders, implement the outcomes of the meeting, build consensus, and convey confidence, so as to demonstrate strength and usher in a brighter future for the BRICS mechanism, Wang said.