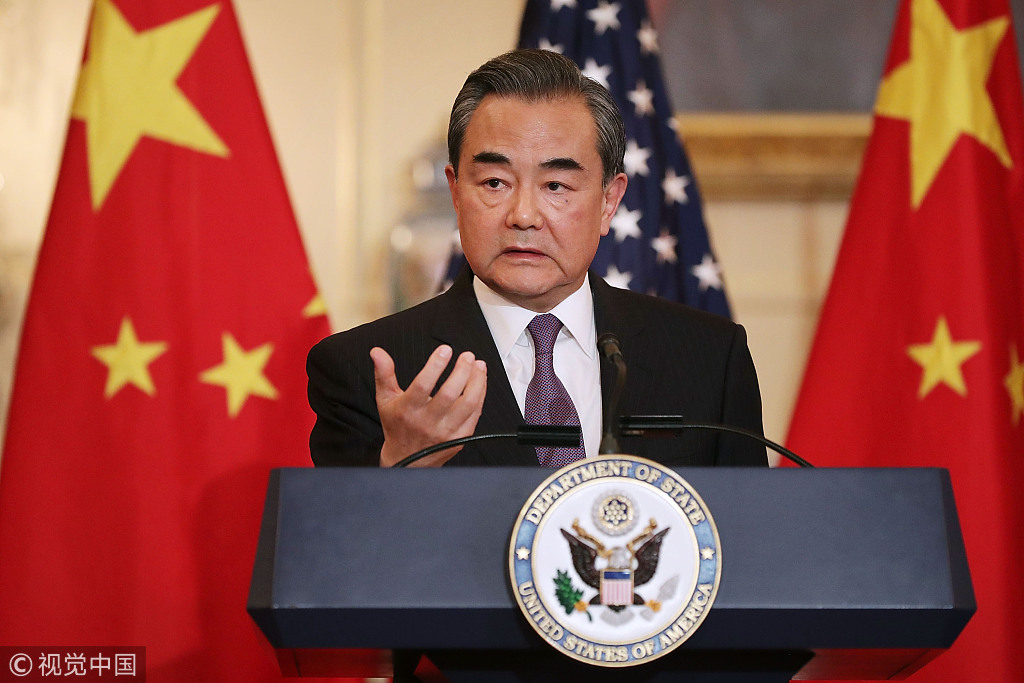 WASHINGTON, May 23 -- Chinese State Councilor and Foreign Minister Wang Yi said here on Wednesday that China firmly supports the meeting between US President Donald Trump and the top leader of the Democratic People's Republic of Korea, Kim Jong Un.

The direct contact and dialogue between top leaders of the two nations are key to solving the Korean Peninsula nuclear issue, Wang said at a press conference with US Secretary of State Mike Pompeo after their meeting.

He made a stopover in Washington D.C. on his way back from Argentina on Wednesday.

China expects the meeting to be held as scheduled and achieve success, he said.

China believes that President Trump and Chairman Kim are capable and they have the wisdom to make the right decision to bring peace to the Korean Peninsula and bring good news to the world, Wang said.