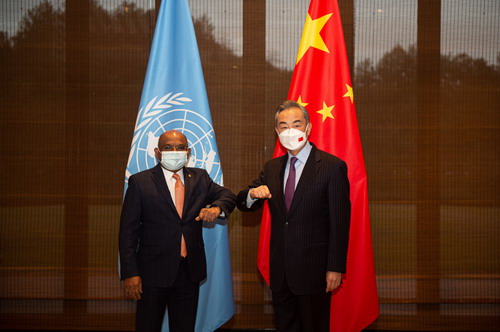 Wang said the UN should help maintain fairness and justice, rather than being an onlooker of hegemonism and bullying. The UN should be a major platform of multilateralism, instead of a battling field for major power games. The UN should take actions to respond to challenges, rather than sitting idly by and doing nothing.

For his part, Shahid congratulated China on the 50th anniversary of the restoration of its lawful seat at the UN, adding this session of the UNGA is ready to enhance coordination with China to jointly maintain fairness and justice, practice multilateralism, respond to global challenges, and help safeguard the UN's authority and credibility.