Belts of green are sprouting, and cows are roaming amid the flatlands of the Sahara desert in Mauritania. But these plants and cows are not from this small West African country. They are Chinese Holstein, a breed of cow famous for their large dairy production, chewing Chinese alfalfa, a nutritious plant that's rich in several vitamins and minerals.

Since April 2017, a group of Chinese experts on desertification control and animal husbandry technology has been working with locals under a three-year agreement with Mauritania.

Around three-quarters of Mauritania is desert or semi-desert, and as little as 0.5 percent of the land is considered arable, according to statistics from the World Bank. The country has a windy spring, a scorching summer, when surface temperatures can rise above 50 degrees Celsius, and only two rainy months a year, making it very hard for plants to survive.

Mauritanian President Mohamed Ould Abdel Aziz has shown support for and willingness to participate in the Belt and Road Initiative, and expressed appreciation of China's long-term support and assistance. 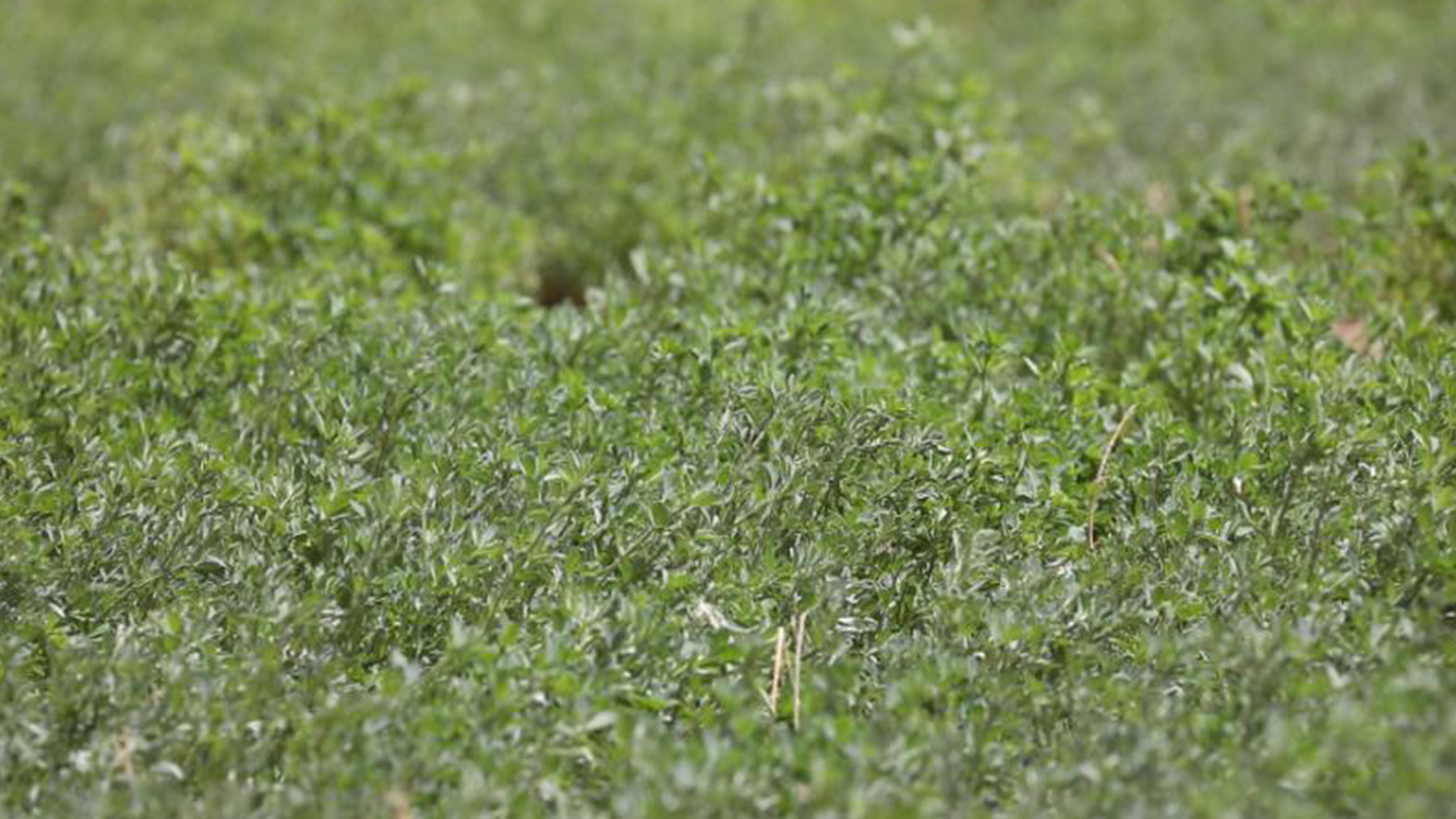 "We brought Chinese alfalfa here because Mauritania has been facing grassland desertification," said Zhang Hong, director of the China Aid Center for Animal Husbandry Technologies. "If we want to increase local cows' milk production capacity, we must improve their nutrition. So alfalfa, the king of grazing grasses, was the best choice for Mauritania."

Chinese alfalfa is a type of grass widely grown for grazing land; it is highly-tolerant of heat, drought, and coldness.

So far, the team has helped local farmers plant more than 1,300 square meters of alfalfa near the Sahara desert, one of the world's least fertile areas. The Chinese side is also training farmers in the embryo transplant process for Chinese Holstein. Seven calves have been born so far, weighing around 35 kilograms each, which is double the weight of local cows.

Through persistent hard work, the team has managed to maintain an acceptable survival rate of alfalfa under these different climatic conditions and has made great progress.

"Planting a new kind of alfalfa in Mauritania is a tremendous success," commented Ely Elhadj, CEO of the International Agriculture and Animal Husbandry Company. According to Elhadj, cows in Mauritania cannot eat enough food in the desert environment, and they produce less than two liters of milk per day, compared to 40 liters that Chinese Holstein can produce. 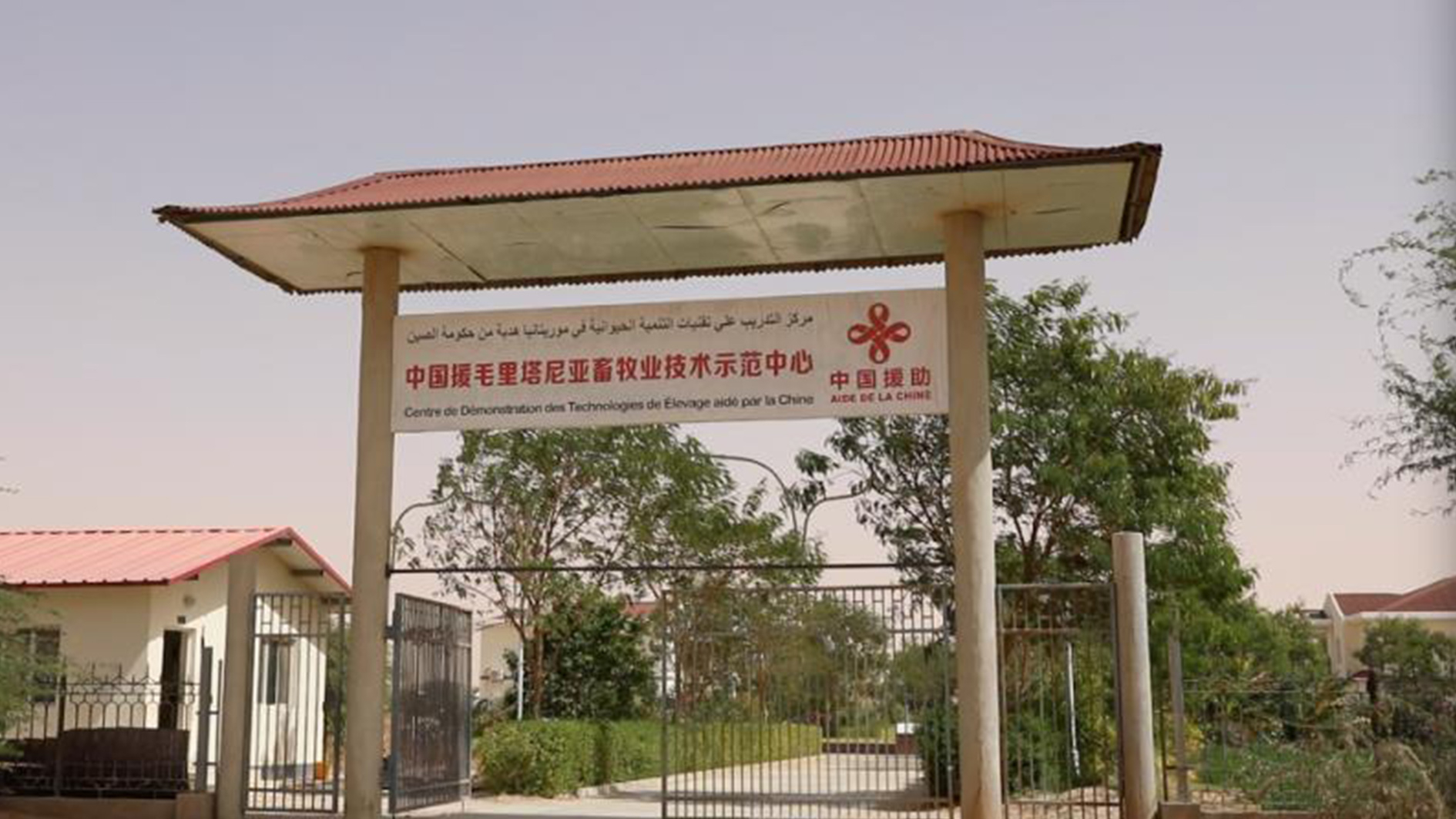 Elhadj said Mauritania has high expectations for this project, given that "more than 200,000 people are living directly from raising animals. Our country has a lot of interest in this project, and what we are waiting for in this project is technology, management, and know-how that we can learn from the Chinese side."

World Bank statistics indicate that animal production generates revenue for about 1 million people, which is around 25 percent of the country's population.

According to Zhang, China's animal farming 40 years ago was similar to Mauritania's situation today. By raising high-quality Chinese Holstein and other cattle breeds, China significantly boosted its animal farming industry. Experts think that what worked for China can work for Mauritania. "We decided to introduce the Chinese Holstein to Mauritania and share our experience and knowledge so that the Mauritanian people can speed up the development of farming," said Zhang.

Zhang also voiced his appreciation of the local government's support, adding "people here have helped us make wells for irrigation, which helps cultivate the land, and the government solved the power supply issue later."

On the relationship between the two countries, Elhadj said that "China is very famous in Mauritania. It was China that brought the first pipe when people in my hometown didn't have water to drink. Now we need to learn the technology and management from a good friend like China."