Chinese in Southern California rally against violence in Hong Kong

LOS ANGELES - Hundreds of Chinese held a peaceful rally Sunday morning to support Hong Kong as an indisputable part of China and oppose violence in the special administrative region. 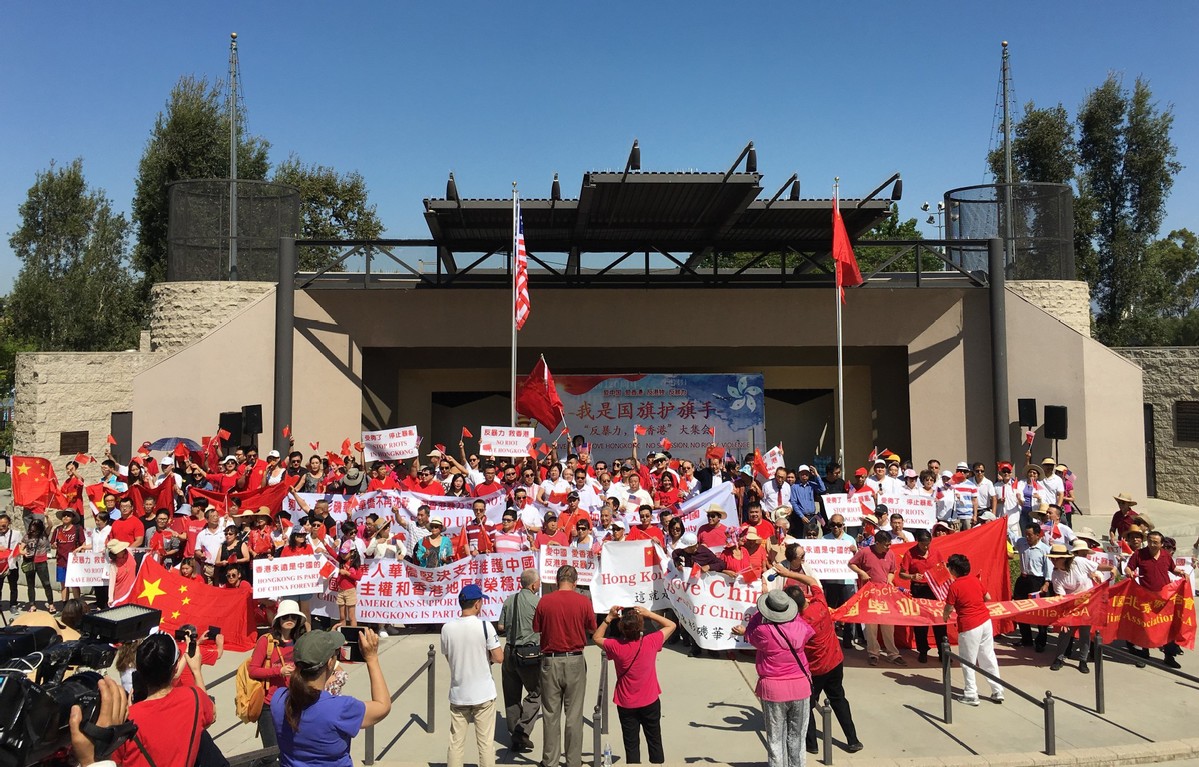 Waving placards saying "No Riots in Hong Kong" in Monterey Park, an East Los Angeles suburban city, the participants, including white-collar workers, business owners and students, all expressed concern and said the violence by radical protesters in Hong Kong over the past weeks should by no means be tolerated.

"You have problems? You want to complain about something? It's okay. But you need to sit down first," Hu said.

The Hong Kong policemen "need to be strong," she added. "If not, all will be hurt."

Hu's husband Steven Fk, standing by her, said he and Hu talked about the turmoil in Hong Kong every day and the escalating violence has worried both of them.

Fk said the protesters' anti-social and violent actions had stepped out of the line, as similar attacks, if happens in the United States, could not be tolerated.

"If you grabbed a policeman's weapon here, you will be killed on scene. If you tried to occupy the airport, you will be arrested here. You must understand the Hong Kong policemen are very nice. Maybe they are too nice," said Lu Qiang, owner of local Chinese restaurant Shanghai Lander Palace, who has lived in Los Angeles for over 20 years.

The violence committed by the rioters in Hong Kong must be stopped and moreover, any attempt by extremists in the special administrative region of China to promote the so-called "Hong Kong Independence" must be rejected, said Lu, who was also one of the organizers of Sunday's rally.

Shao Wen, president of the Chinese American Federation and another organizer of the rally, said the turmoil in Hong Kong, showing traits of the Color Revolution, has blatantly challenged the "one country, two systems" principle governing Hong Kong.

The local Chinese community has expressed great concerns over the situation in Hong Kong and they resolutely oppose any attempt to create chaos in the Chinese city, Shao said.

The extreme methods by rioters "in attempts to kidnap Hong Kong in order to achieve ulterior political goals will not be tolerated," Shao said.

"All those who care about the future of Hong Kong should stand firm at the moment, and say no to all criminal acts, say no to all violent elements," he said.