WORLD Chinese in UK find ways to celebrate despite lockdown

Chinese in UK find ways to celebrate despite lockdown 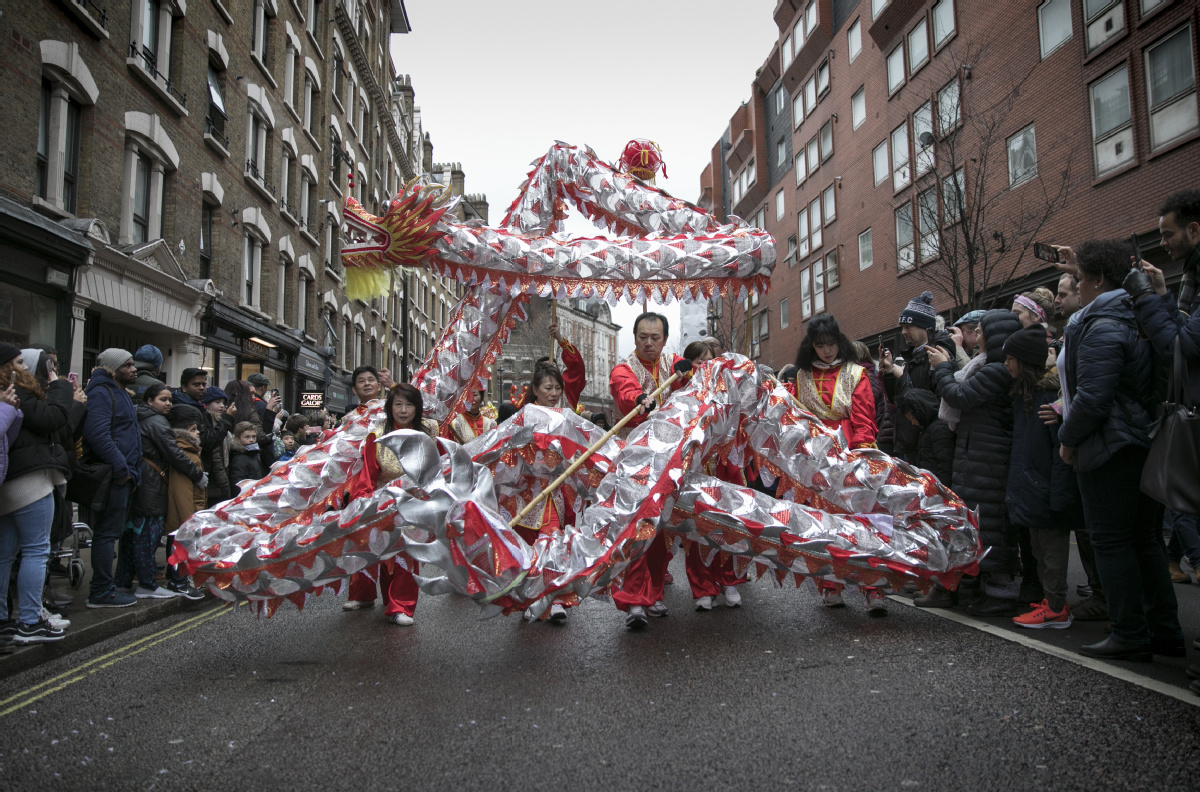 Dragon dancers perform at the Chinese New Year parade in London in February 2019. More than 50 groups participated in the procession around the streets of central London. (Photo: Getty Images)

One of the biggest celebrations outside of Asia usually takes place in London and features a parade of dancers, entertainers and floats passing through the streets from Trafalgar Square to Chinatown. The festivities draw thousands of London residents and tourists.

Celebrations include live performances and activities in Trafalgar Square and Chinese cuisine is served in pop-up food stalls.

Manchester, in northwest England, has also become renowned for its annual dragon parade that winds through the city center.

But this year, due to UK government restrictions to control the spread of the virus, many celebrations have been canceled and Chinese and Asian communities are taking a low-key approach to the holiday and staying at home.

Liu said she was planning a traditional celebration with her husband and two sons.

"There are many traditions I follow that have been passed down from generations before me," she said. "For example, it is traditional for us to clean the house in order to start the new year fresh and clean. Children and adults alike have their hair cut to get rid of old ends."

For others celebrating the Spring Festival, social media and video calls allow them to connect with their families and loved ones, especially those far from home. 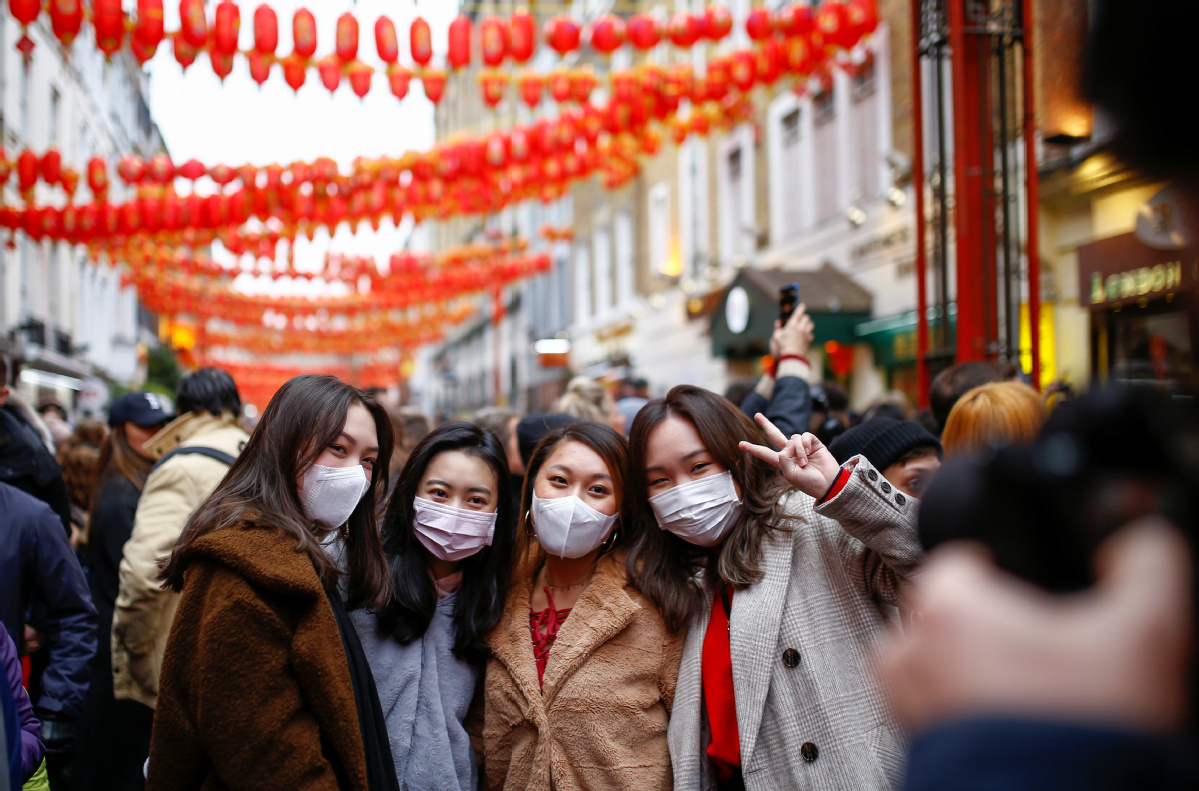 For Emma Liu, 32, the novel coronavirus pandemic has not only disrupted her life and work, but also made her normal Spring Festival celebrations almost impossible.

With households in the United Kingdom banned from mixing during the COVID-19 national lockdown, which aims to curb the spread of the virus, Liu can only mark the festival, also known as Lunar New Year, with her immediate family.

"Lunar New Year is something I have celebrated for as long as I can remember, it is something that will definitely be missed as it is about celebrating life with loved ones and bringing in good fortune and health," said Liu, who lives in Teesside, northeast England, with her husband Simon Chan, 44, and their two children.

"I will miss being able to sit around a family table chatting and having good quality family time," Liu said.

Spring Festival celebrations in many places across the world are proving difficult this year, as the COVID-19 pandemic restricts gatherings and lockdown restrictions remain in place.

The festive period started on Friday when the Year of the Ox was ushered in and runs until the Lantern Festival, which falls on Feb 26.

In the lead-up to Spring Festival many families clean their homes and put up decorations to bring good luck for the next 12 months.

Festivities normally start on the eve of the holiday when families gather for big traditional meals and red packets containing lucky money are given to children. The packets can also be given to children on the other days of the festival when people visit each other.

At least 430,000 ethnic Chinese live in the United Kingdom and as that diaspora has grown over the years, so have Lunar New Year festivities.