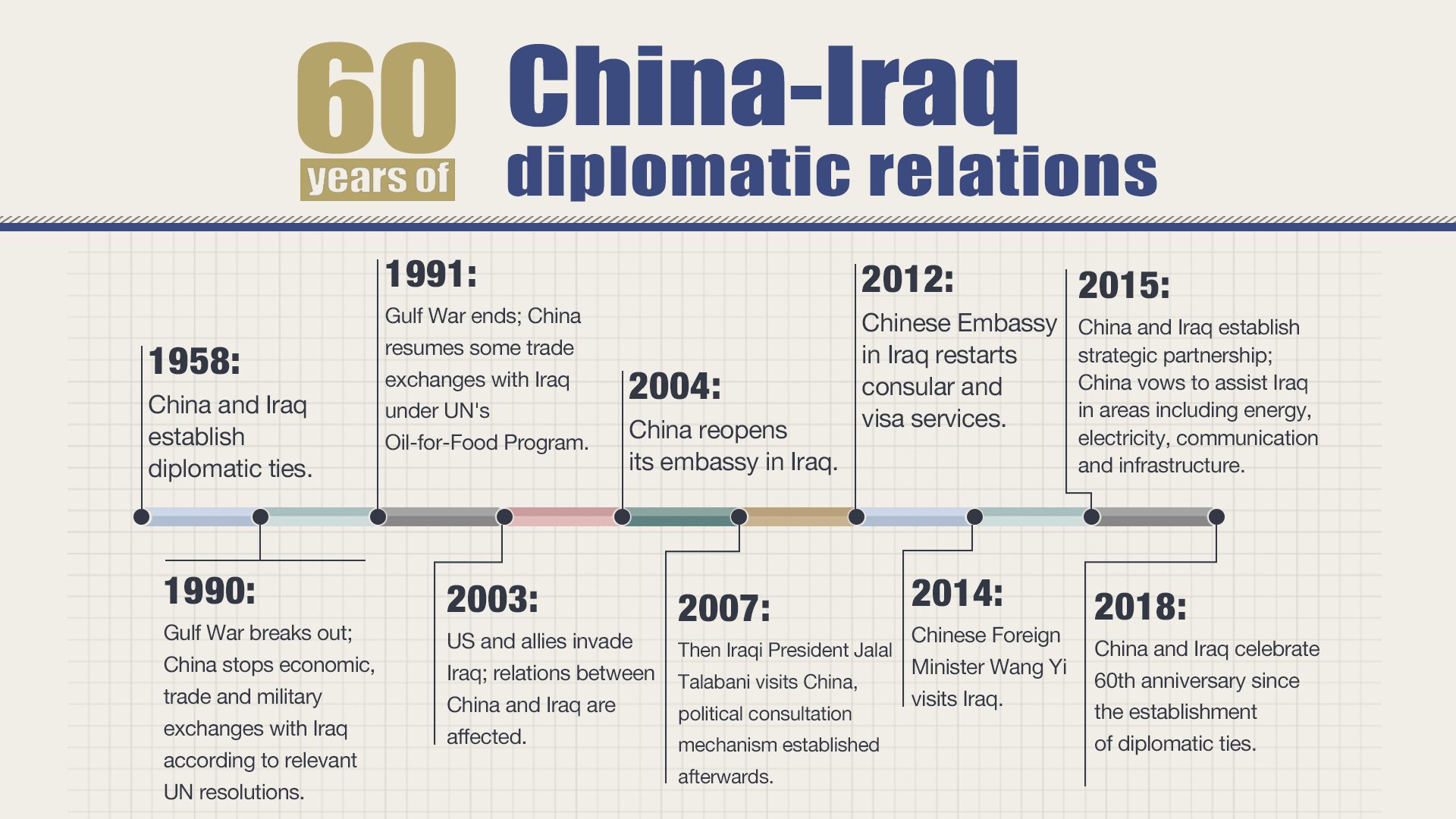 Chinese President Xi Jinping on Saturday exchanged congratulatory messages with his Iraqi counterpart, Fuad Masoum, on the occasion of the 60th anniversary of the establishment of diplomatic relations between the two countries.

In his message, Xi said the two countries have enjoyed a sound momentum in developing bilateral ties and steadily promoted cooperation in various fields through joint efforts.

The two countries announced the establishment of a strategic partnership in 2015, which opened a new chapter in the China-Iraq friendship and brought new opportunities in bilateral ties, Xi added.

Xi said he highly values the development of China-Iraq relations and is willing to work with Masoum, taking the opportunity of the 60th anniversary, to strengthen the synergy of development strategies within the framework of jointly building the Belt and Road, conduct mutually beneficial cooperation and deepen the strategic partnership, so as to better benefit the two countries and two peoples.

For his part, Masoum said Iraq and China have witnessed remarkable development in bilateral relations in recent years, as well as great progress in economic and trade cooperation.

Iraq is willing to comprehensively expand bilateral ties in a way that benefits both peoples, and promote security, peace and development of the two countries and the region, Masoum added.

Li said China is ready to work with Iraq to continuously consolidate the traditional friendship between the two countries, and deepen mutually beneficial cooperation within the framework of jointly building the Belt and Road, so as to bring more benefits to the two countries and two peoples.