By ARUNAVA DAS in Kolkata, India and XU WEIWEI in Hong Kong | chinadaily.com.cn 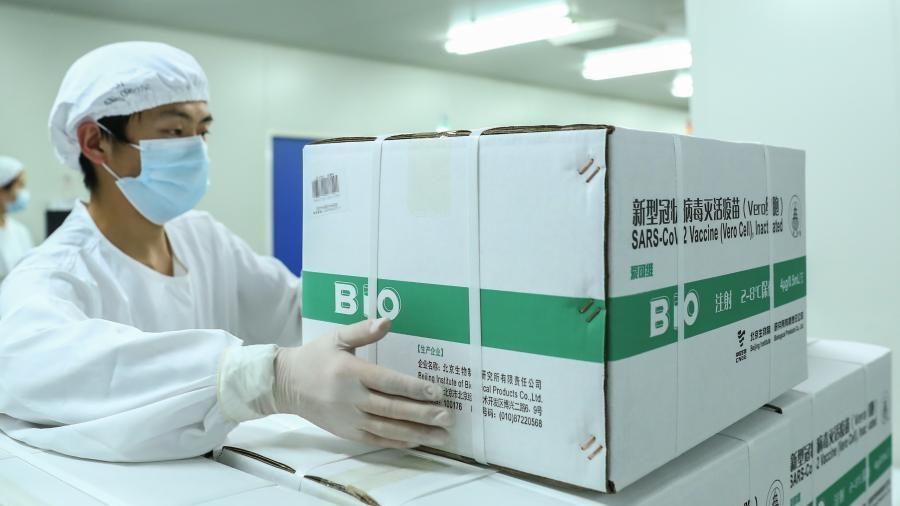 Minutes before midnight on May 26, Sri Lankan Airlines flight UL 869 – carrying 500,000 Sinopharm vaccines – touched down at Bandaranaike International Airport north of the capital Colombo, followed by a buzz of celebration among waiting ministers and senior officials.

The COVID-19 vaccines from Beijing were received by Qi Zhenhong, the Chinese ambassador to Sri Lanka, who handed them over to Sri Lanka's health minister Pavithra Wanniarachchi.

Wanniarachchi said China has solidly stood by Sri Lanka in its fight against the COVID-19 pandemic, at a brief handover ceremony held that night.

Ambassador Qi spoke of the need for building a strong global community for fighting COVID-19, which he described as a common enemy.

Ravi Rannan-Eliya, executive director of the Colombo-based Institute for Health Policy, or IHP, said the current surge in Sri Lanka is driven by B.117, also known as the Kent variant, found in the United Kingdom.

"There have been no reports yet of (the so-called) 'Indian' COVID-19 variant (B1.617.2) cases in the community, but genomic sequencing is very limited and it is possible (that it is) present in the community," he said.

Coronavirus infections in Sri Lanka are at their peak – on May 23, the island nation reported 46 COVID-19 deaths – the highest single-day fatalities in the country so far, according to media reports.

On May 28, 174,862 infections and 1,298 coronavirus-related deaths have been reported in the country since the pandemic began.

The vaccine handover was in tune with President Gotabaya Rajapaksa's insistence that a majority of Sri Lankans must be inoculated in the quickest possible time.

President Rajapaksa has also indicated that Sri Lanka and China are on the same page.

"Our cooperation with China is on par with our overall economic and commercial trajectories. China has been a key investment partner to Sri Lanka," Rajapaksa told the 26th International Conference on "The Future of Asia" in Tokyo on May 21. The forum discussed how Asia can enter a new era during this time of uncertainty.

He also warned that the pandemic does not respect national boundaries. "If the virus is allowed to spread unchecked anywhere in the world, deadlier strains could emerge, and that will threaten the progress already made through inoculation elsewhere," Rajapaksa said.

In his view, the speed of inoculation is key. "Production capacity must be significantly enhanced, and supply chain constraints must be overcome soon to allow the global rollout of vaccines in a short span of time. It is only if this is done that we will see an end to this catastrophe," Rajapaksa said.

Palitha Kohona, Sri Lankan ambassador to China, thanked China for its timely assistance in an hour of unprecedented crisis. The envoy was informed by China's foreign ministry of the country's decision to donate a second batch of Sinopharm vaccines to Sri Lanka on May 19. Kohona called China a true friend, saying it has yet again come forward to help Sri Lanka.

With Sri Lanka having set a target of vaccinating 60 to 70 percent of its people by the end of this year, the country's Cabinet of Ministers approved on May 25 the urgent purchase of 14 million Chinese Sinopharm and 1 million AstraZeneca vaccines.

Sri Lanka, a country of only 22 million people, had administered around 1.79 million vaccines by May 26, according to Reuters. As of May 25, as many as 514,824 and 2,435 islanders respectively were given the first and second jabs of Sinopharm vaccines. A study published in the Journal of the American Medical Association has said that these jabs appear safe and effective.

"Sinopharm is a good vaccine … better than AstraZeneca, according to (the World Health Organization's) evaluation," Rannan-Eliya of IHP said.

Leading immunologist Neelika Malavige, who heads the Department of Immunology and Molecular Medicine at the University of Sri Jayawardanapura, also expressed her strong approval for the Sinopharm vaccine, saying it compares well with any other vaccine.

The vaccine, which is made with inactivated viruses, has already been given to millions of people across the world.

But the biggest help China could extend, according to Rannan-Eliya, a leading expert in health expenditure estimation and projection methods, is to loan and airlift to Sri Lanka some of its automated polymerase chain reaction testing machines, until the country can buy its own machines. Testing, he said, remains the most critical tool with which Sri Lanka can curb the dreaded infection's spread.

"Sri Lanka failed to invest in testing capacity and now cannot increase testing to detect new cases," Rannan-Eliya said, adding that Chinese advice on how to stop the outbreak and help with testing equipment would be far more beneficial than sending personal protective equipment.