BEIJING, Aug. 15 (Xinhua) -- General Secretary of the Central Committee of the Communist Party of China Xi Jinping sent a congratulatory message to president of the ruling Cambodian People's Party Samdech Techo Hun Sen for his party's victory in the recent general elections. 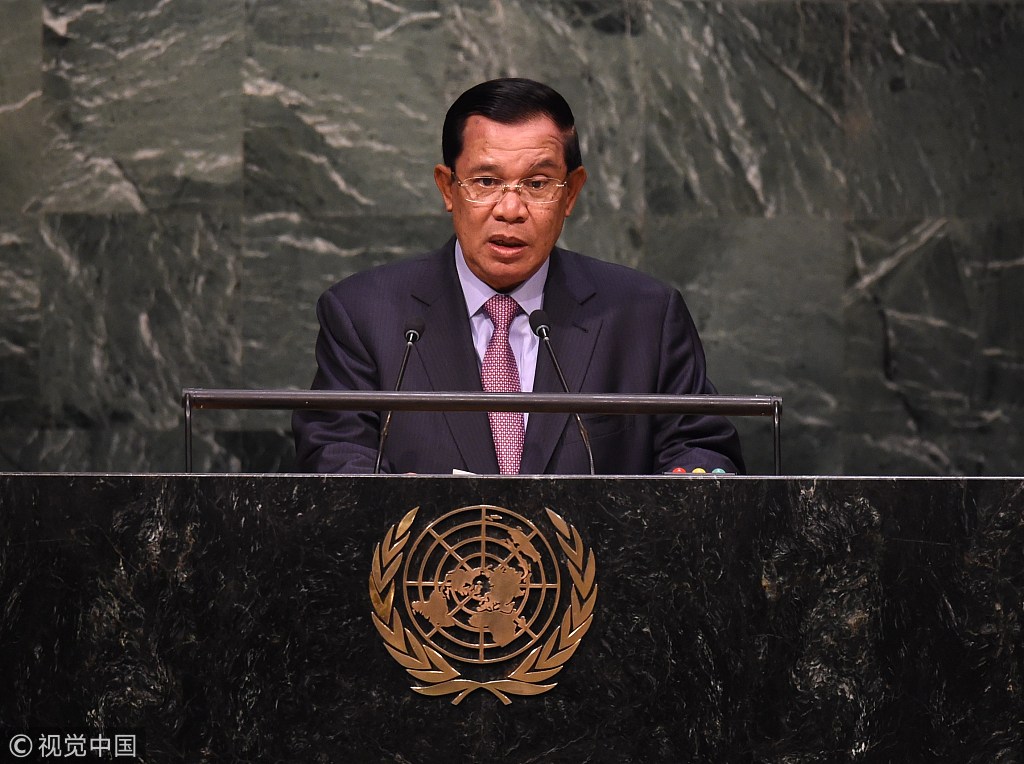 In his message, Xi said it's glad to see that in recent years, under the leadership of the Cambodian government led by Prime Minister Hun Sen, the country has achieved political stability, fast economic growth, rising international status and remarkable success in various areas.

We believe that the Cambodian People's Party will continue to unite and lead the Cambodian people to pursue a development path that suits its own national reality, promote economic growth, improve people's livelihood, strengthen national unity, and make greater contribution to the country's prosperity, people's happiness and regional stability and development, Xi said.

The Communist Party of China attaches great importance to its friendly cooperation ties with the Cambodian People's Party, and is willing to enhance the political guidance on bilateral relations through inter-party exchanges, deepen experience sharing on governance and party running, push forward the development of China-Cambodia comprehensive strategic cooperative partnership, and jointly promote the building of a community with a shared future for mankind, in order to benefit the two countries and their two peoples, and promote regional and global prosperity and progress, Xi said.

In his message, Li said China and Cambodia are good neighbors and good partners. China will as always support Cambodia in preserving stability, speeding up development and improving people's livelihood, Li said.

China is willing to seize the opportunity of the 60th anniversary of the establishment of diplomatic ties to push China-Cambodia comprehensive strategic cooperative partnership to a new level and jointly build a community of shared future with strategic significance, Li added.