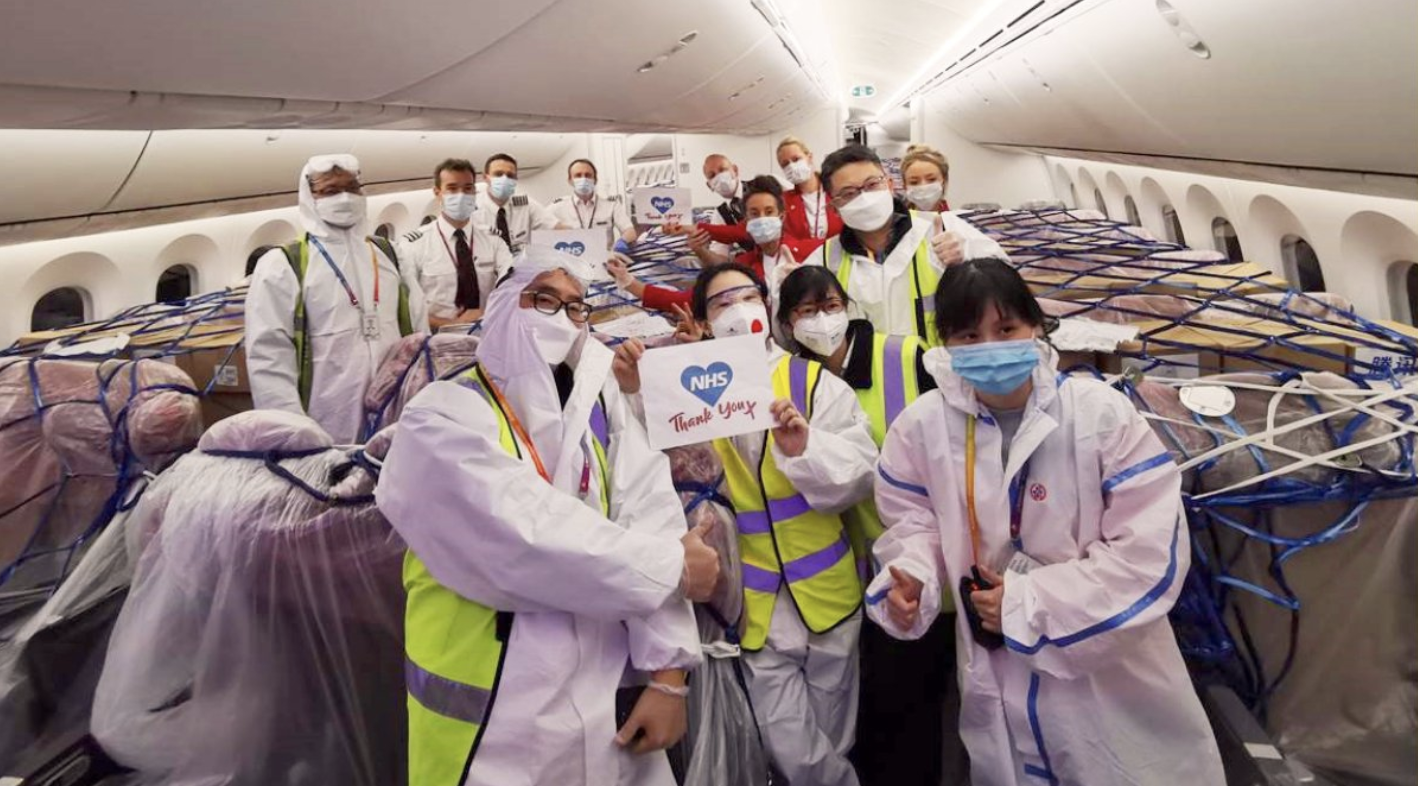 On board the plane bringing the supplies to the UK (Photo: Virgin Atlantic)

The UK government has thanked China for 300 desperately-needed ventilators and other material to help Britain's fight against the COVID-19 pandemic.

The British Embassy in Beijing confirmed that medical supplies purchased from China - including life-saving ventilators, 33 million masks and 1 million gloves -were flown into a military airbase in Donnington, central England from Shanghai. Foreign Secretary Dominic Raab said thousands more are due in the coming weeks.

The delivery of the medical kit will help allay fears that a lack of preparedness by the UK government will end up costing lives.

At the government's daily news conference in London, senior cabinet minister Michael Gove specifically expressed his gratitude to China following a week in which members of his Conservative party and allies in the media were accused of attempting to distract from the UK's failure to get on top of their crisis by questioning China's handling of the outbreak.

A number of senior figures in Boris Johnson's Conservative Party, including former leader Iain Duncan Smith, have attacked China and suggested relations between London and Beijing are too close.

Duncan Smith accused China of covering up the initial signs of the COVID-19 outbreak, a claim fiercely denied by the Chinese embassy in London.

He was joined in his criticism by colleagues including former Tory cabinet minister Damian Green and commentators in the influential right-wing media, prompting suggestions of a co-ordinated bid to earn the favor of US president Donald Trump.

"The Brexiters (who supported the UK's departure from the EU) have another motive in behaving like this, which is that they know that when we leave the European Union we will be very much dependent on America and therefore they are very keen to try to be as nice to Trump as possible," said Alan Macfarlane, a historian and a Professor Emeritus of King's College, Cambridge, "They know that Trump is doing exactly the same thing, that is trying to find a scapegoat. He has done this with China several times, called it Chinese virus. So they are trying to echo Trump and of course becomes an echo chamber. So it is part of a larger strategy. "

"Those politicians [attacking China] use the opportunity of the prime minister's ill health to take control of the communication system of the government. With the help of some of the media, they give the impression that British policy has changed." said Stephen Perry, the chairman of the 48 Group Club, which provides support for British companies entering China's markets .