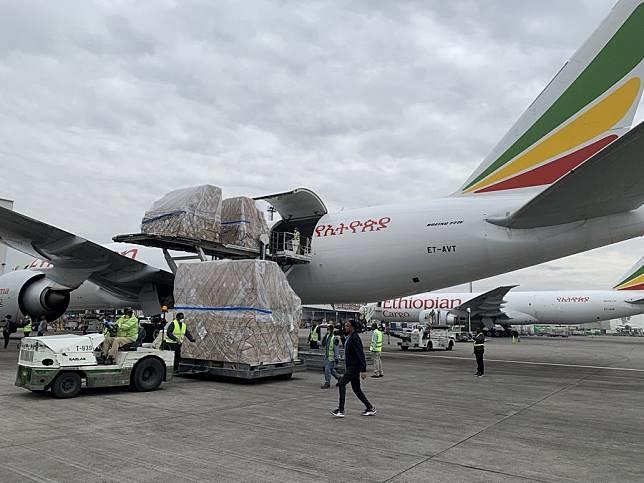 The day before Tedros made the remarks, a group of Chinese medical experts arrived in Ethiopia to help the East African country fight the epidemic. Zeng Yong, leader of the medical team, told the Global Times in an exclusive interview on Sunday, "I hope that the Chinese experience we bring to Ethiopia will help stifle the epidemic before it ravages the country."

When the group arrived, fewer than 100 COVID-19 cases were reported and there was not yet much sign of any major outbreak. "The reason why we came here at this time is to break the chain of virus transmission and to help the country curb the epidemic effectively," Zeng, team leader and deputy director of West China Hospital of Sichuan University, told the Global Times. He added that there is a gap in economic and health conditions between Ethiopia and China, so the country could face serious difficulties once the epidemic breaks out, which means adequate prevention and control measures must be taken before the virus wreaks havoc on the country.

The Chinese experts had a packed 15-day schedule in Ethiopia. By the time of the interview, Zeng and his colleagues had exchanged experiences with several local institutions, including the Africa Centres for Disease Control and Prevention (Africa CDC), the Ethiopian Ministry of Health, and the Ethiopian Public Health Institute (EPHI). They also visited a number of designated hospitals and isolation centers and gave lectures on epidemic prevention for overseas Chinese and employees of Chinese enterprises in Ethiopia.

Zeng told the Global Times that the Ethiopian government has attached great importance to the virulent disease and has already formulated prevention and control measures based on the guidance of the WHO.

Ethiopia declared a state of emergency to fight coronavirus on April 8, banning any forms of gathering, including religious and political rallies of more than four people.

On the streets of Addis Ababa, Zeng noticed that most residents were wearing masks, as required by the government, and even those who could not buy one were covering their noses and mouths with scarves.

In areas with no running water, many people keep a bucket on their doorstep to wash their hands as they go in and out.

According to data released by the Ethiopian ministry of health on August 28, there have been 126 confirmed COVID-19 patients in the country as of July 27, with a total of three deaths.

The prevention and control measures in Ethiopia are better than Zeng initially thought, and the nucleic acid test capability is improving rapidly, but some of the government's epidemic prevention measures have not been fully implemented partly due to lack of awareness among local people, and limited medical supplies.

To deal with that problem, the recommendations made by Chinese expert groups tend to be more practical and detailed in order to fit local situations.

Inadequate training of primary-level medical staff was one of the main problems uncovered by the Chinese expert group. They then give guidance and specific consultations on clinical treatment, such as how to store and transport nucleic acid swabs, or designing special passage channels for COVID-19 patients.

Zeng told the local medical staff that isolation treatment is very important, after he found out that neonatal wards were dangerously situated opposite the fever clinic in a local hospital.

When visiting hospitals and quarantine centers, Zeng noticed that since the country's population structure is relatively young, there were not many severe cases or fatalities, and the hospitals still had a surplus of beds.

However, the pressure from the epidemic, especially from imported cases, remains.

"A hospital at Addis Ababa has 700 beds, but only 12 ventilators. Once a cluster outbreak occurs, the medical resources would not be enough," Zeng said. He and other members from the expert teams often remind the Ethiopian officials to stay alert.

Addis Ababa is home to the headquarters of the African Union and Africa CDC. The Chinese expert team have communicated with officials from AU on many occasions.

"The AU launched prevention work as soon as the continent saw its first COVID-19 cases. They completed training for many organizations and published a series of directions," Zeng said, noting that it is essential for African countries to practice the policies and measures on prevention properly.

In the coming days in Ethiopia, the Chinese expert team will meet officials from the local health department to give their observations and suggestions. They also plan to return to some hospitals they had visited earlier.

Zeng said that after their work trip in Ethiopia, they may visit Djibouti to continue helping with prevention work in Africa.