Beirut (People's Daily) - The medical unit of the 18th batch of Chinese peacekeepers to Lebanon successfully completed an emergency drill on Saturday.

Chinese peacekeepers, standing in front of the hospital with weapons, get ready for emergency situation. (Photo: Huang Shifeng)

On hearing the starting message of the drill named “Blue Porcupine,” the Chinese medical staff instantly equipped themselves with body armor, helmets and weapons, and quickly evacuated to the designated bunker based on an evacuation route. The unit also dispatched a scouting group to watch the surrounding situation. 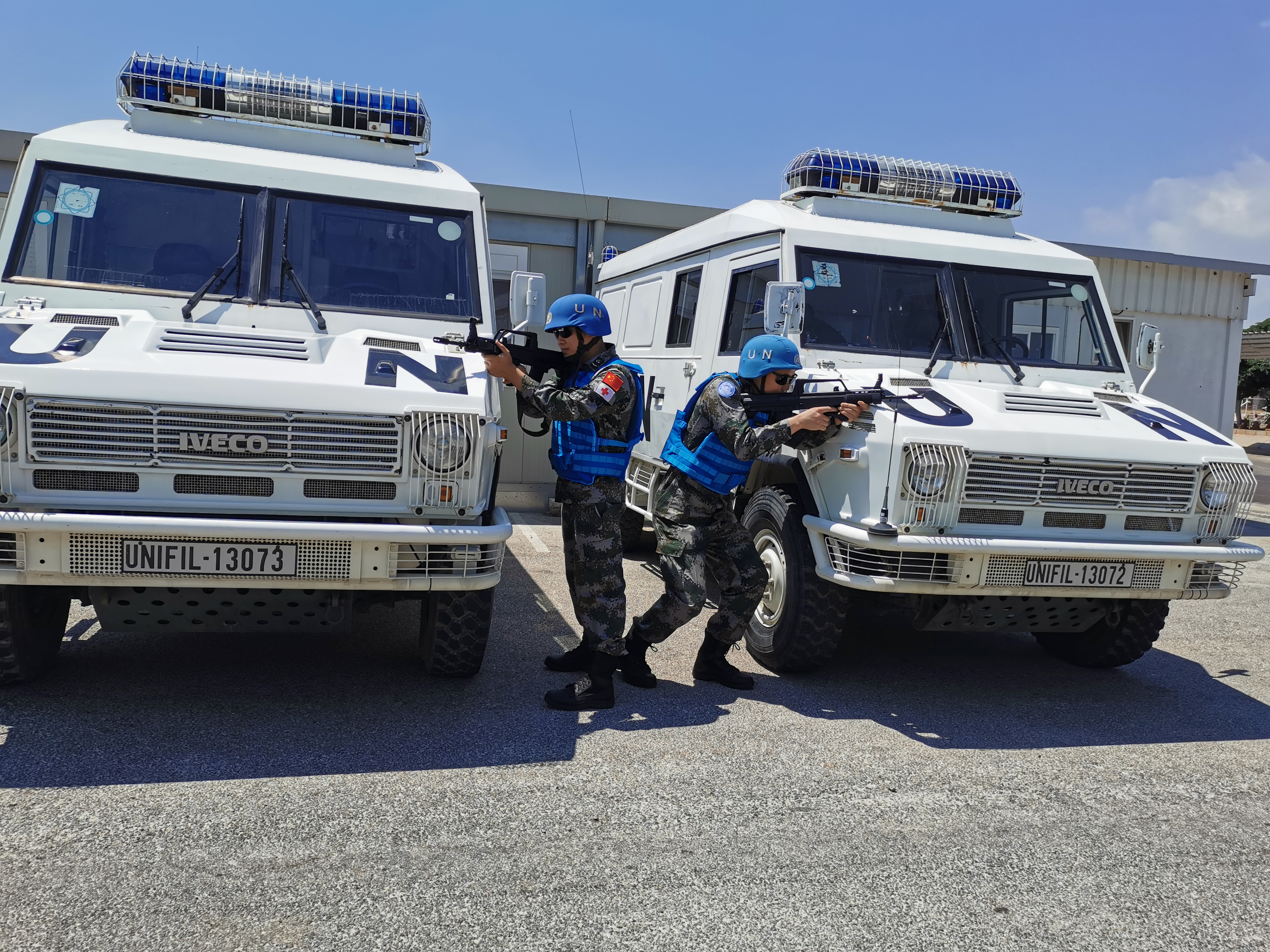 The medical unit of the 18th Chinese peacekeeping force to Lebanon has developed more than 10 types of emergency plans and comprehensively helped to enhance the awareness of the officers and soldiers to avoid risks, since their deployment to the mission on May 30, Li said.

During the drill, two patrol officers from the UN Interim Force in Lebanon (UNIFIL) checked the personnel structure, weapons, medical supplies, and war preparation materials of the two tactical bunkers of the Chinese medical unit, and reported the situation to the headquarters of UNIFIL’s eastern troops.