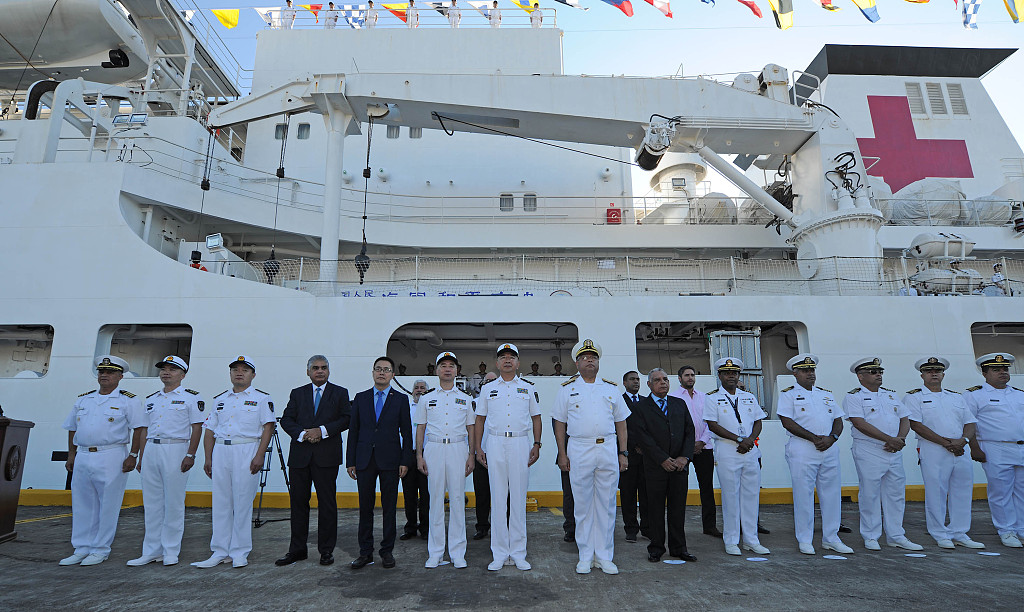 At the port, the ship's 380 crew members and medical staff were given a warm reception co-hosted by Ecuadorian Defense Minister Oswaldo Jarrin and Chinese Ambassador to Ecuador Wang Yulin, which featured a naval band performance by the two sides and a traditional Chinese lion dancing.

On a multinational humanitarian mission dubbed Harmony 2018, the Chinese hospital ship has previously visited the Dominican Republic and other countries.

Guan Bailin, head of the mission, said, "Ecuador is the 42nd country visited by the Peace Ark hospital ship" since its launch in 2008, which has provided medical service to more than 220,000 people.

Peace Ark's doctors are expected to treat some 4,000 selected cases and perform some 70 surgeries during its stay in Ecuador, according to the Chinese embassy.