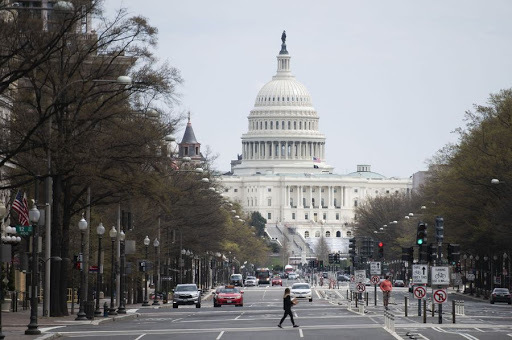 The US' newly released third quarter GDP growth may have come in handy for President Donald Trump, who rushed to declare it "the biggest and best" GDP in history, ahead of the election, but in China the figure sparked widespread mockery online. Some questioned the credibility of the US economic data and others pointed to the cherry-picking and politicization of the data.

On Thursday, the US government reported that GDP grew at a stunning 33.1 percent annualized rate in the third quarter. The pace itself represents the fastest on record since 1947, according to official data.

Soon after the data was released, Trump took to Twitter to express his satisfaction with the figure. "GDP number just announced. Biggest and Best in the History of our Country, and not even close. Next year will be FANTASTIC!!!" Trump wrote.

However, in China, many were perplexed about how the US - which is mired in a flurry of crises including the world's worst outbreak of COVID-19 and persistent social turmoil - managed to record the best GDP growth in its history.

"With the surging epidemic, this explosive growth really surprised all of us," one social media user wrote on Sina Weibo on Friday. "Does anyone think this GDP figure is falsified?" The user even started an online poll to see whether netizens think the US data is fake.

Many netizens also pointed out that the figure does not necessarily reflect the actual situation, or at least not in the way many in China view quarterly GDP data: The US reports quarter-to-quarter figures on an annualized basis, unlike China and many other countries that report year-on-year data.

"This is a game with the calculation; they don't calculate the traditional year-on-year growth," another social media user wrote on Thursday, before offering an explanation about the calculation methods and declaring that "this 'recovery' is actually very bad!"

"They are just pleasing themselves," one social media user wrote. "This is just word play after all," another wrote.