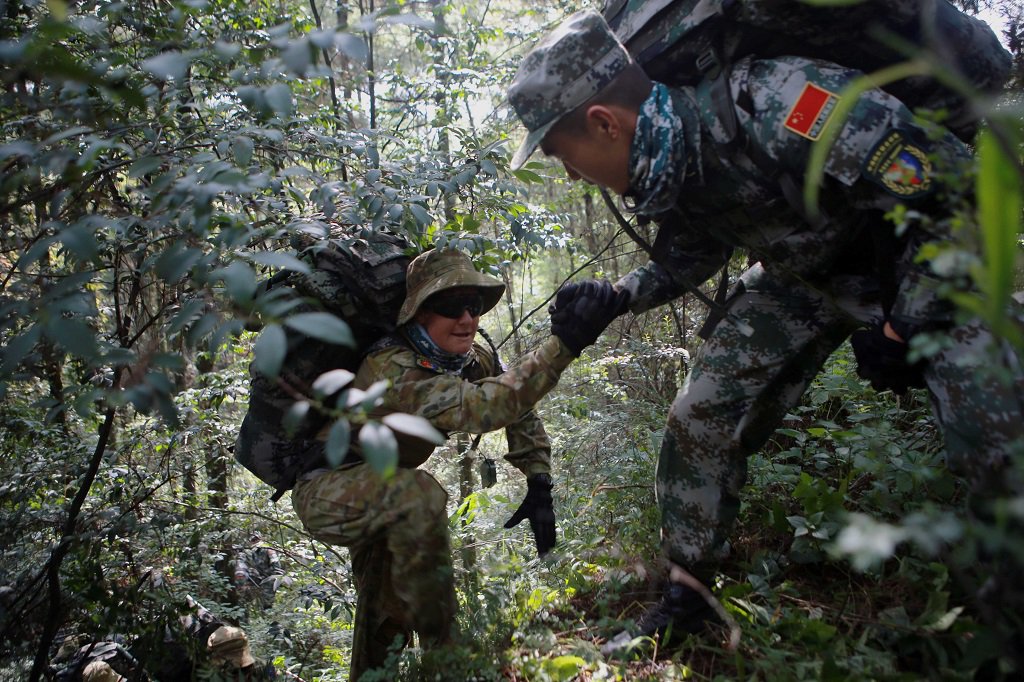 Navy's frigate Huangshan from the Chinese People's Liberation Army (PLA) is one of the 21 warships taking part in Exercise Kakadu, a training exercise involving 3,000 personnel from 27 nations.

It marks the first time that the PLA Navy has participated in the exercise, an initiative that has been praised by other participants.

"This has shown that we can cooperate together in a really positive and meaningful way."

Ingham on Sunday oversaw a large-scale exercise that saw the vessels perform high-speed manoeuvres while being "attacked" by "enemy aircraft".

Two Chinese officers joined Ingham on the HMAS Newcastle where they impressed their Australian colleagues.

"They were just as excited as we are, they knew more about Darwin and everything about it than I did," Able Seaman Timothy Quirk said, expressing optimism that the PLA Navy would be invited to future exercises.

"While there may be great diversity in our political and economic institutions, as mariners with expansive experience and knowledge of our oceans, we really do understand the sentiment that 'A rising tide lifts all boats' -- we thrive together or we fail together," Jonathan Mead said.