A medical contingent from the Chinese People's Liberation Army (PLA) was the first fully-equipped international rescue team to arrive in Laos' southern Attapeu Province on Wednesday to help with relief work after a hydropower dam collapsed earlier this week. 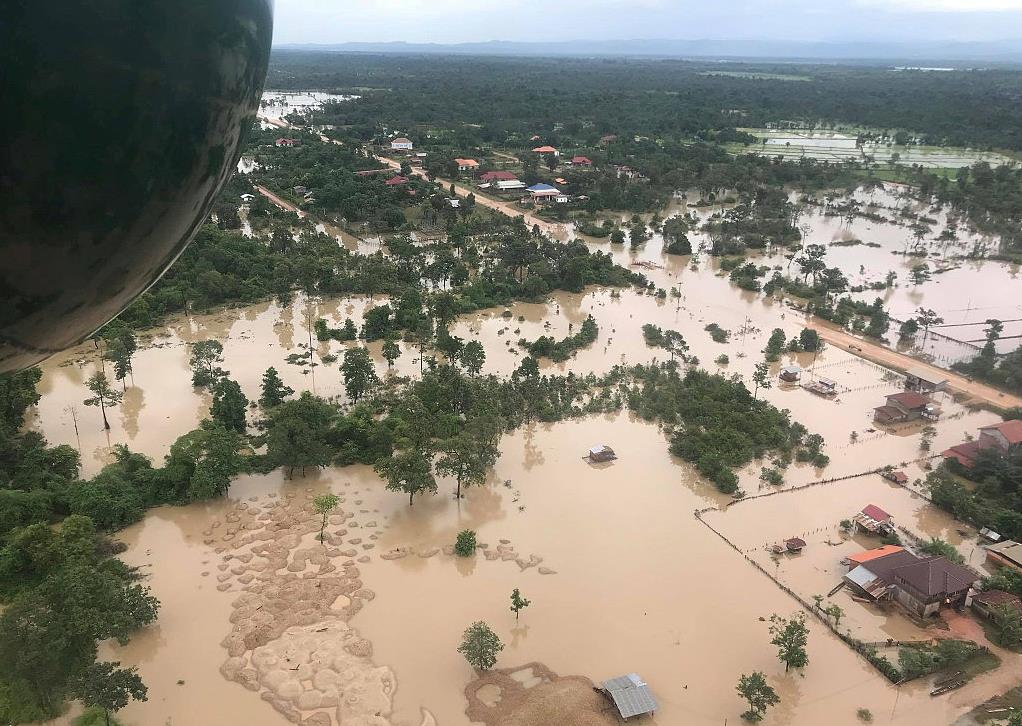 The area that was flooded after a dam collapsed in Attapeu Province in Laos on Monday, seen here on Wednesday, July 25, 2018. (Photo: VCG)

The 32-member contingent will offer medical services in coordination with Laotian medical and sanitary teams.

The Xepian-Xe Nam Noy dam in the Sanamxay district of Attapeu Province was still under construction when it collapsed on Monday, leaving at least 26 people dead and 131 missing, according to Lao Prime Minister Thongloun Sisoulith on Wednesday. According to the Vientiane Times, some 6,000 people from 1,300 families in the villages have been affected by flooding. About 2,851 people had been rescued as of Wednesday morning. 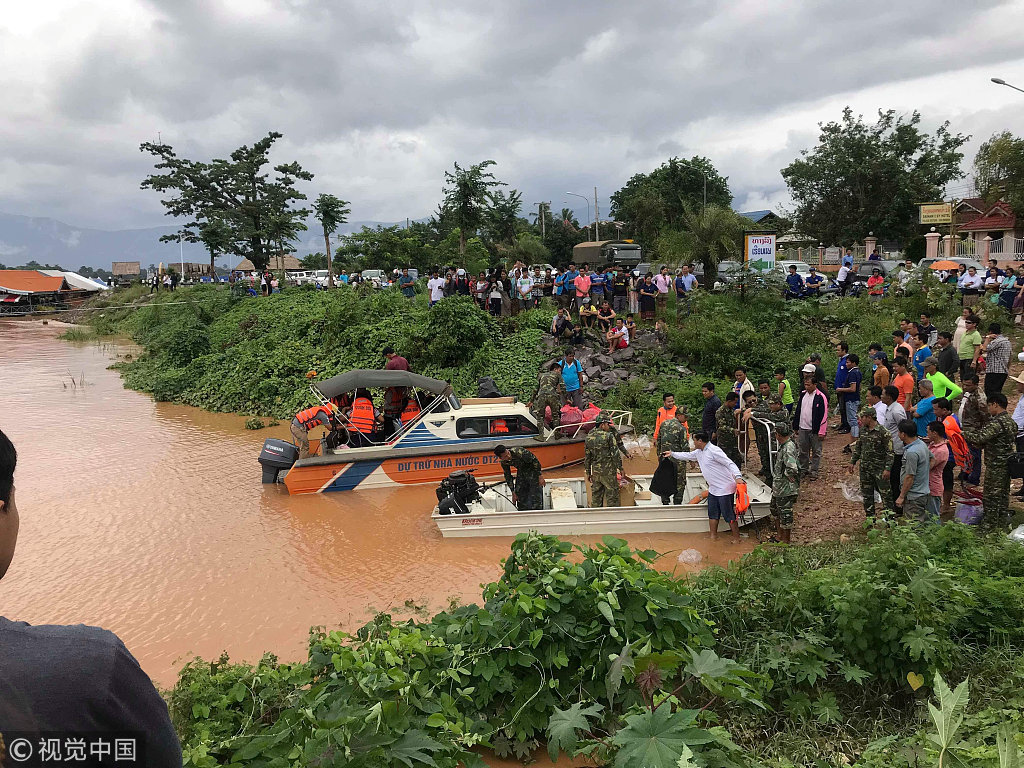 Rescuers work at a flooded site after a hydropower dam collapsed in Attapeu Province in Laos on Monday, seen here on Wednesday, July 25, 2018. (Photo: VCG)

In addition to the help from China, several other countries are also providing support. Thailand delivered 5 million baht (about 147,000 U.S. dollars) in grants to Laos on Wednesday. The Philippines' Foreign Secretary Alan Peter Cayetano has said that his country was ready to extend assistance to its neighbor in whatever way it can. And on Wednesday, South Korean President Moon Jae-in dispatched an emergency relief team to the country.