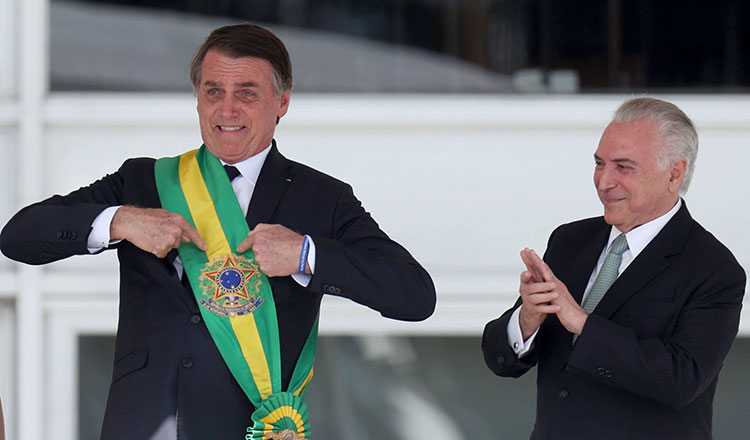 Ji conveyed President Xi's warm congratulations and good wishes to Bolsonaro and delivered him a signed letter by Xi.

Ji said friendship between China and Brazil has become a model of relationship between major developing countries and South-South cooperation.

China has always developed its relationship with Brazil from a strategic and long-term perspective, Ji said.

China is willing to work with the Brazilian side to strengthen all-round exchanges, deepen pragmatic cooperation in various fields and develop closer multilateral coordination, to promote greater development of comprehensive strategic partnership between the two countries, said Ji.

For his part, Bolsonaro thanked President Xi for sending an envoy to attend his inauguration and asked Ji to convey his warm greetings to President Xi.

Bolsonaro said China and Brazil are both great countries and the new government of Brazil attaches great importance to cooperation with China and is willing to push forward bilateral relations.

The prospect for cooperation between the two countries will surely become better and better, added Bolsonaro.