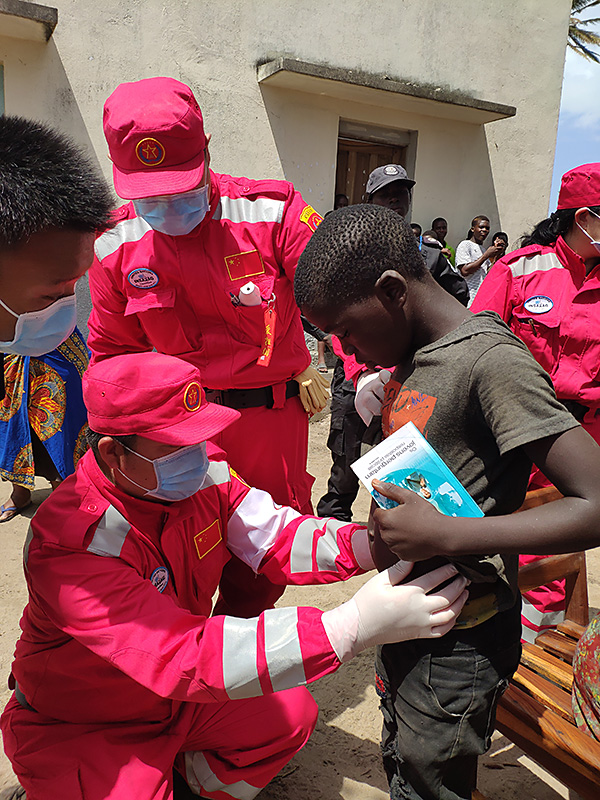 Johannesburg (People's Daily) - Medical members of a Chinese rescue team provide treatment to people at a temporary shelter for victims of Cyclone Idai in Beira, Mozambique. The Chinese rescue team has provided medical treatment to more than 500 people, and delivered 60 liters of drinking water and other materials to 1,000 affected people since March 25.

Cyclone Idai is one of the worst weather-related disasters ever recorded in the southern hemisphere. It smashed into Mozambique on March 14 and affected 2 million people before hitting neighboring regions. Idai has displaced hundreds of thousands of people and flooded an area of more than 3,000 km2. 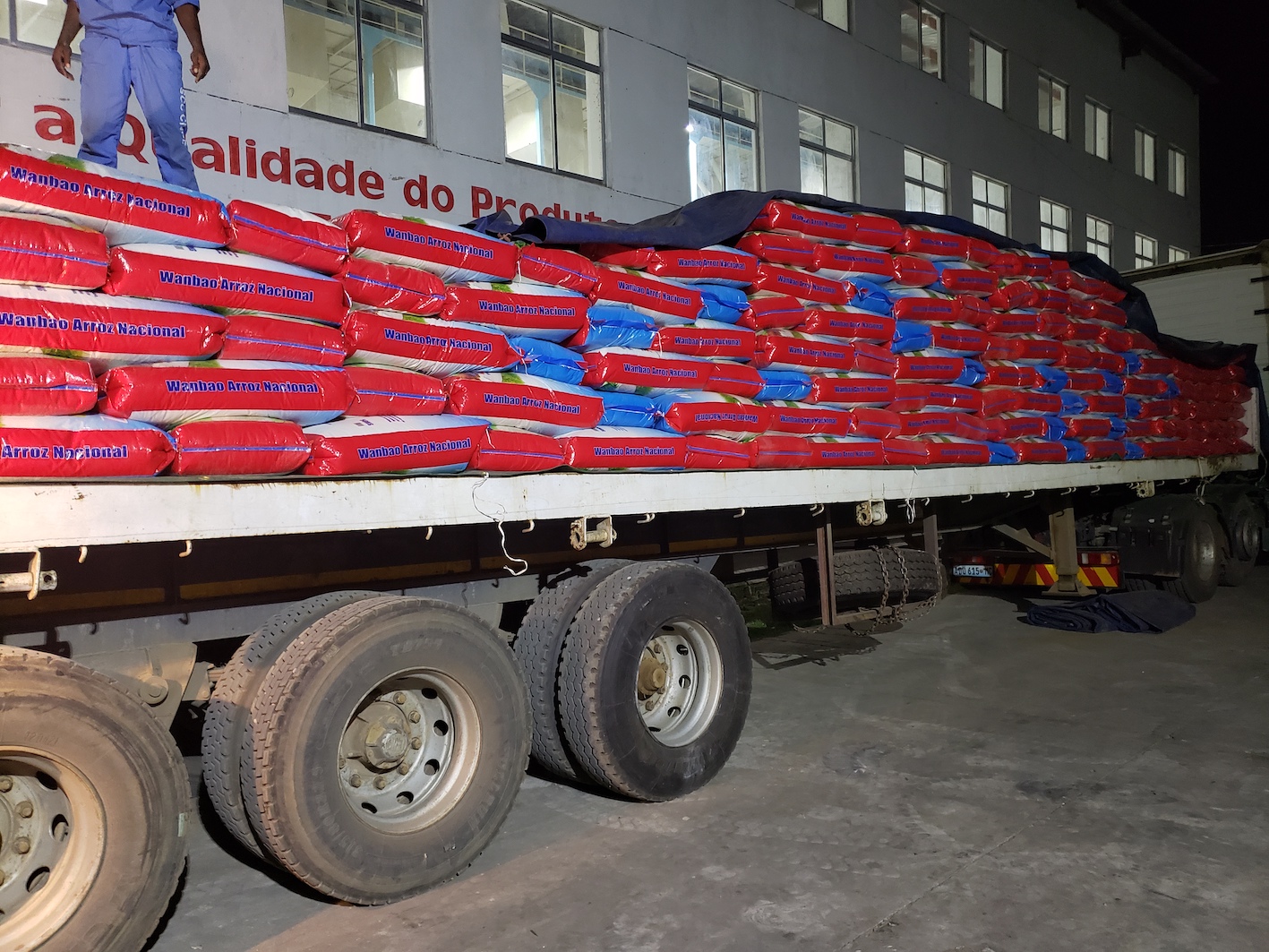 According to the emergency management department of Mozambique, the team A of the Chinese rescue team examined nearly 1,000 people at a settlement and nearby residents, treated more than 500 injured and disinfected nearly 10,000 m2. The rescue team B used drones and other equipment for investigation, then carried food, medicine, water and other supplies and delivered it to more than 1,000 disaster victims, distributed food to 3,300 victims and treated more than 800 patients. 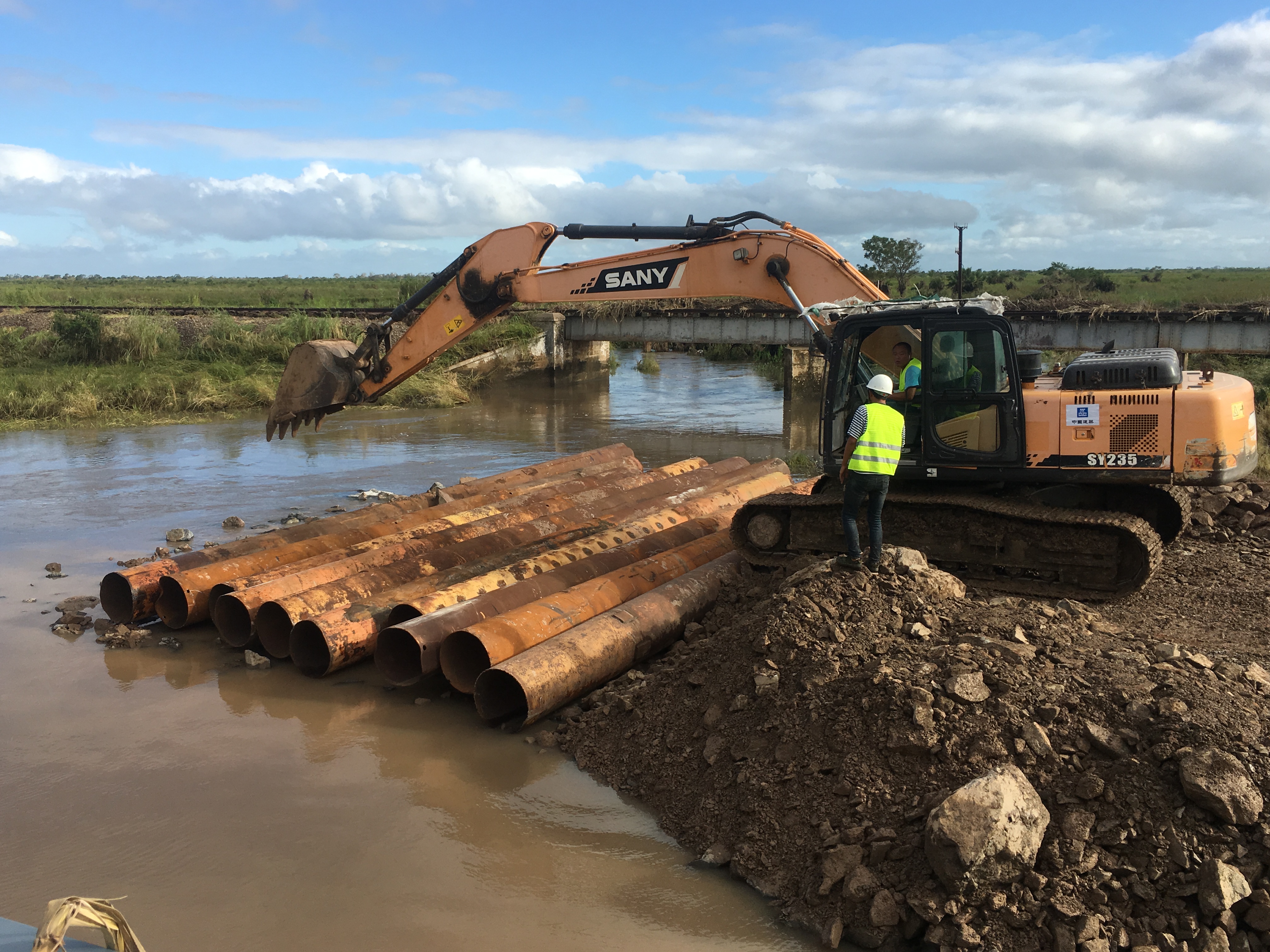 China Road and Bridge rebuilding the damaged roads to Beira.

Chinese-funded institutions, enterprises and overseas Chinese have lent a helping hand and made full use of their expertise to provide much-needed services and materials to the disaster-hit areas.

In Mozambique, Chinese infrastructure enterprises such as China Road and Bridge actively cooperated with the local government of Mozambique to open the road leading to the disaster area.

The agricultural cooperation project of the China Railway 20th Bureau prepared thousands of tons of rice for the disaster area. In Zimbabwe, $200,000 worth of flour, cooking oil, bottled water, tents, bedding, blankets and other relief supplies were soon collected by overseas Chinese and Chinese-funded organizations in Zimbabwe and sent to the affected areas.

In Malawi, Chinese enterprises and overseas Chinese donated heavily, raising about $52,000 in a short time.