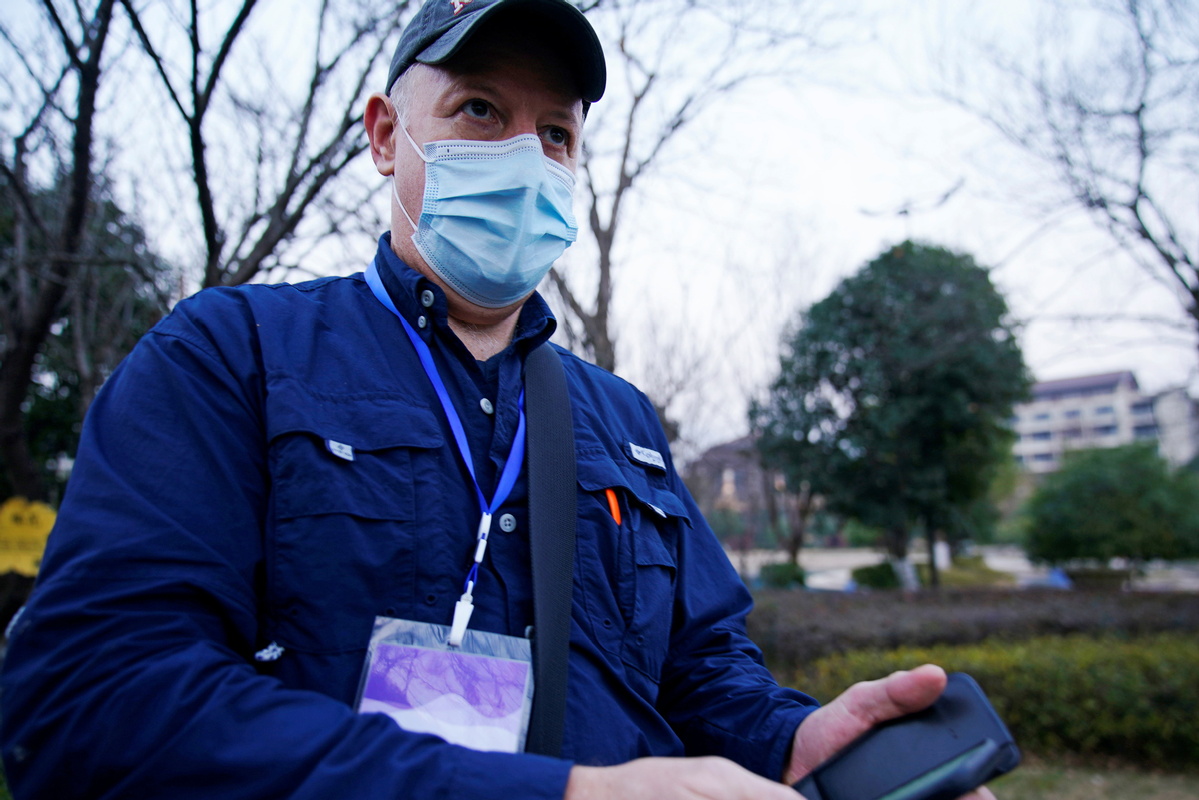 Peter Daszak, a member of the World Health Organisation (WHO) team tasked with investigating the origins of the coronavirus disease (COVID-19), walks at a lakeside at a hotel in Wuhan, Hubei province, China, February 3, 2021. [Photo/Agencies]

A WHO team member who recently finished his trip to China stressed that his Chinese colleagues were open and trustworthy in giving the WHO team access to critical data during their COVID-19 origin-tracing mission in Wuhan.

"As lead of animal environment working group, I found trust & openness w/ my China counterparts," Peter Daszak wrote on Twitter on the weekend in response to what he believed was a selectively misquoted report by The New York Times.

"We DID get access to critical new data throughout. We DID increase our understanding of likely spillover pathways," read Daszak's tweet. 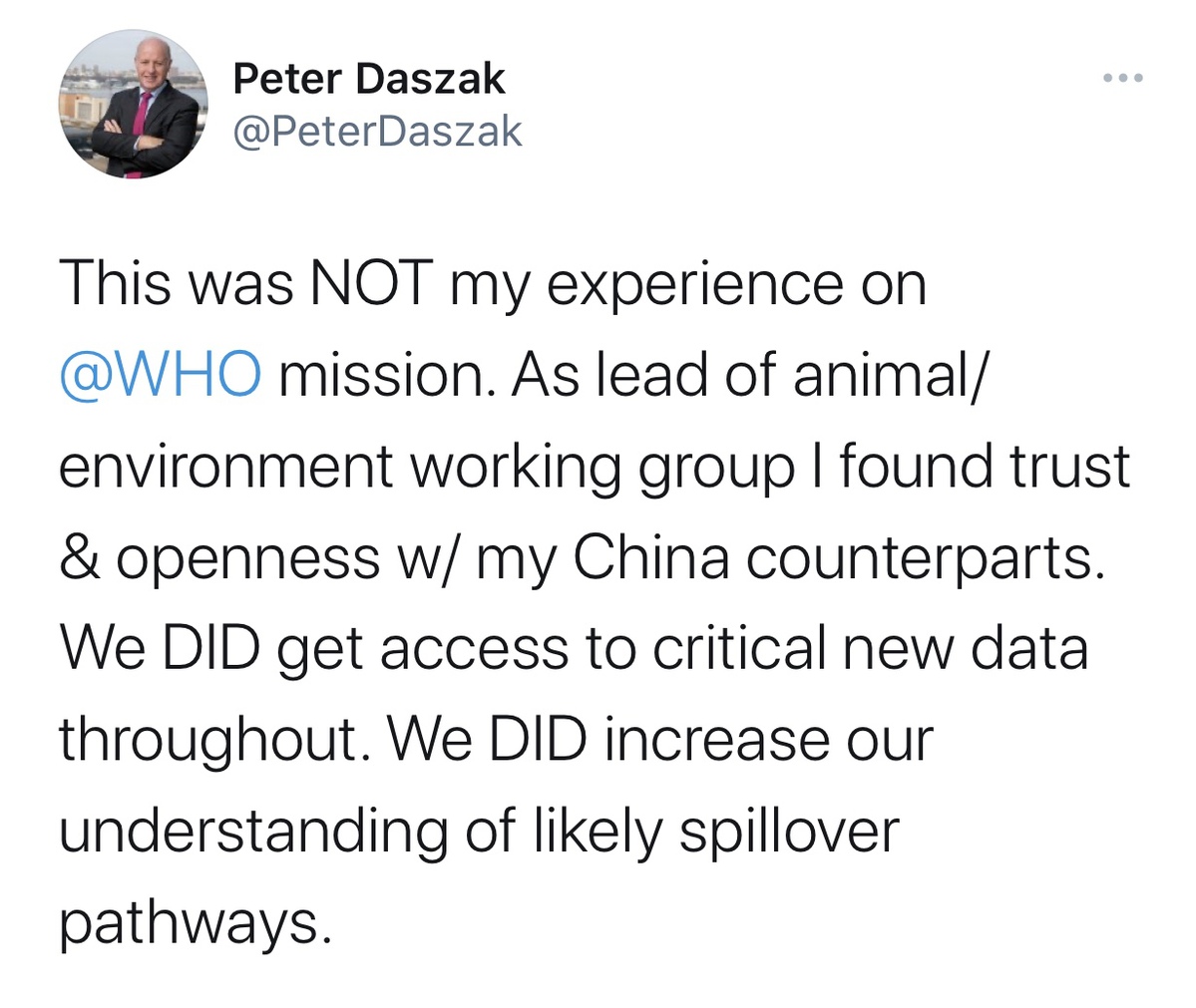 Peter Daszak, a member of the World Health Organisation (WHO) team tasked with investigating the origins of the coronavirus disease (COVID-19), walks at a lakeside at a hotel in Wuhan, Hubei province, China, February 3, 2021. [Photo/Agencies]

Daszak said the WHO team obtained new data, such as who are the vendors in the Huanan seafood market and where they got their supply chains, which the team had not yet seen outside China, according to a condensed transcription of an interview with The New York Times.

"When you asked for more, the Chinese scientists would go off, and a couple of days later, they've done the analysis, and we've got new information," said Daszak, who called what the Chinese counterparts did "extremely useful".

Daszak reaffirmed Chinese scientists' efforts to find out what was going on since the market reported novel coronavirus cases and closed on Dec 31, 2019.

"It was a very extensive study, swabbing every surface of this place," he said, while in the meantime regretting that few reports have revealed what the Chinese group had done.

"There was not really much information publicly about what had been done…They'd actually done over 900 swabs in the end, a huge amount of work," according to the interview transcription.

Daszak refuted the lab conspiracy theory regarding the origin of the COVID-19 virus. Both the WHO team and their Chinese counterparts largely agreed on the hypotheses of the "pathway (of) wildlife, through a domesticated wildlife link, into Wuhan", he claimed.

Peter Ben Embarek, head of a WHO expert team, said the Wuhan trip was "successful in many ways" at a virtual news conference from Geneva on Friday.

Experts will still continue to look for answers on this point as "there's not a clear candidate for intermediates or hosts yet," said virologist Marion Koopmans, a member of the team, at the WHO news conference.

Earlier, the international team presented their initial findings at a news conference in China, discounting the hypothesis that the virus escaped from a laboratory.