Chinese state councilor, US secretary of state talk by phone 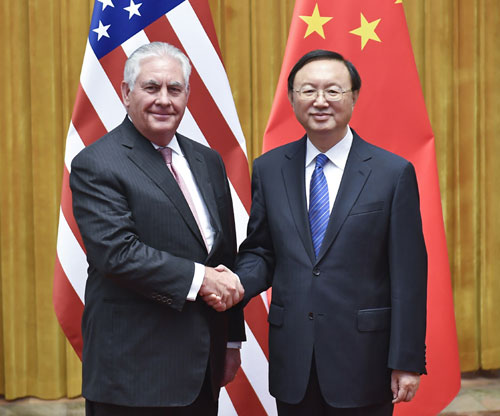 On September 30, 2017, State Councilor Yang Jiechi met in Beijing with Secretary of State Rex Tillerson of the US.

Yang, who is also a member of Political Bureau of the Communist Party of China Central Committee, exchanged views with Tillerson on the preparation of Trump's state visit to China next week at the invitation of Chinese President Xi Jinping.

Yang and Tillerson agreed to enhance cooperation and coordination to ensure the visit is a success.

The two also exchanged views on international and regional issues of common concern.