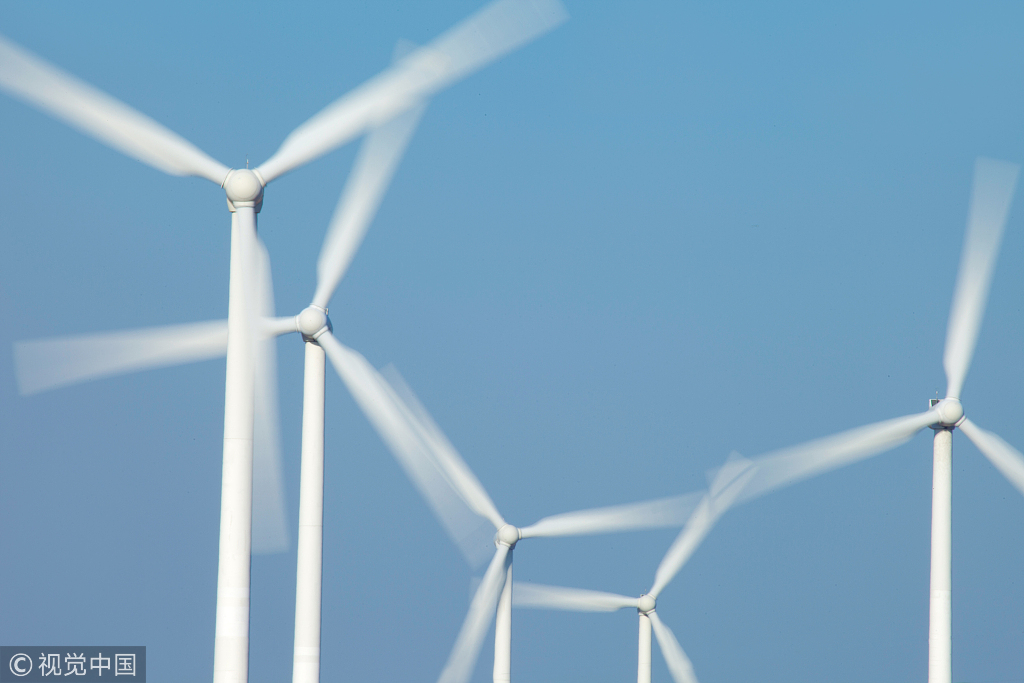 Chinese technologies are helping Cuba, as the country aims to become one of the more than 100 countries and regions that will meet their energy demand with renewable sources like wind, water or sunlight by 2050, experts said.

To reach that goal, Cuba plans to produce about 24 percent of its total energy needs from different renewable sources by 2030.

It is an ambitious target given that as of 2006, the island nation generated only 4.3 percent of its energy from renewable sources.

A key project under construction is a vast complex consisting of two wind farms, La Herradura 1 and La Herradura 2, in the province of Las Tunas, some 600 kilometers east of Havana.

They will generate about 101 megawatts (MW) of energy that will be fed into the national electric system.

Behind the complex is Chinese technology, according to Adela Alvarez, an official at Cuba's Integrated Wind Energy Management Co.

La Herradura 2 will feature 20 Dongfang wind turbines of 2.5 MW each, which will contribute a total of 50 MW to Cuba's electric grid.

Miguel Casi, an official from Cuba's Electric Union, said the first wind farm will save Cuba nearly 40,000 tons of fuel a year, and stop nearly 130,000 tons of carbon dioxide from being released.

The goal is to have at least one circuit operating by the end of this year.

Cuba has more than 9,300 windmills and 20 generators distributed in the nation's four existing wind farms, located in the central province of Ciego de Avila, in the southern Isle of Youth as well as in the northeast province of Holguin, where there are two.

Havana will host a forum titled Renewable Energies Cuba 2018, from January 30 to February 1, to showcase business opportunities in the alternative energy sector for potential foreign investors.