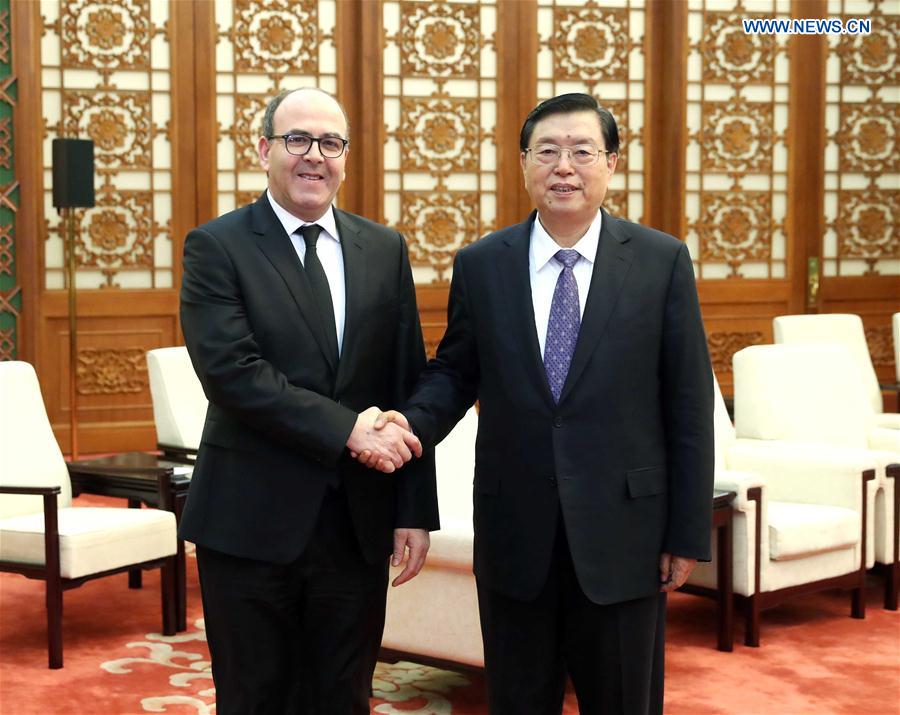 Zhang Dejiang (R), chairman of the Standing Committee of China's National People's Congress (NPC), meets with Hakim Benchamach, speaker of Morocco's House of Advisors, the upper house of the Moroccan parliament, at the Great Hall of the People in Beijing, capital of China, Dec. 20, 2017. Photo: Xinhua

Chinese top legislator Zhang Dejiang met with Hakim Benchamach, speaker of Morocco's House of Advisors, the upper house of the Moroccan parliament, on Wednesday. China-Morocco relations have taken the lead in China's relations with African and Arab countries, with a strategic partnership established in 2016, said Zhang, chairman of the Standing Committee of China's National People's Congress (NPC). As 2018 marks the 60th anniversary of diplomatic ties between China and Morocco, China will work with Morocco to deepen cooperation in various areas and push forward bilateral relations, he said. Zhang said China's NPC hopes to share experience with the Moroccan parliament in national governance and legislation, work together to promote cultural exchanges and provide a sound legal environment for practical cooperation between the two countries. Benchamach said his country has a strong will to advance ties with China, and Morocco's House of Advisors looks forward to more exchanges with China's NPC.