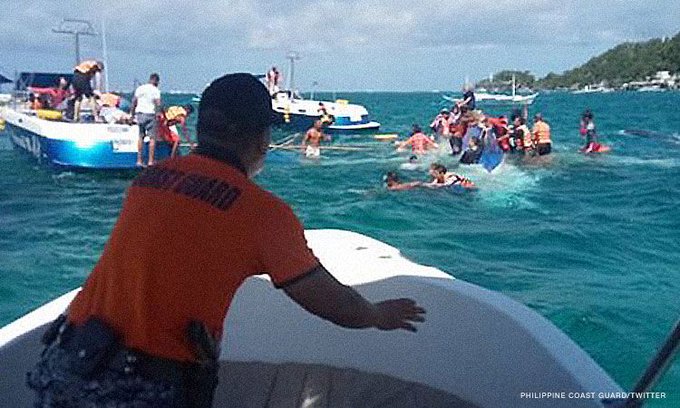 MANILA, Jan. 21 (Xinhua) -- A Chinese tourist was drowned and three others were injured when their motorboat overturned on Tuesday after being buffeted by strong winds in the central Philippines, the Chinese Embassy in the Philippines confirmed.

The Chinese Embassy said the accident happened at around 11 a.m. local time in the waters of Boracay island resort in Aklan province in the central Philippines.

Twenty-one Chinese tourists were on the boat when the strong wind battered and capsized it. One female Chinese national of 45 years old was dead and three others were injured.

The injured Chinese tourists were taken to a local hospital and all 17 others were properly arranged. All 20 tourists are now in stable condition.

The Chinese Embassy already offered necessary assistance to the Chinese tourists to deal with the aftermath.

The Philippine authorities were investigating the accident.

According to the local government, around 434,000 Chinese tourists visited Boracay in 2019.