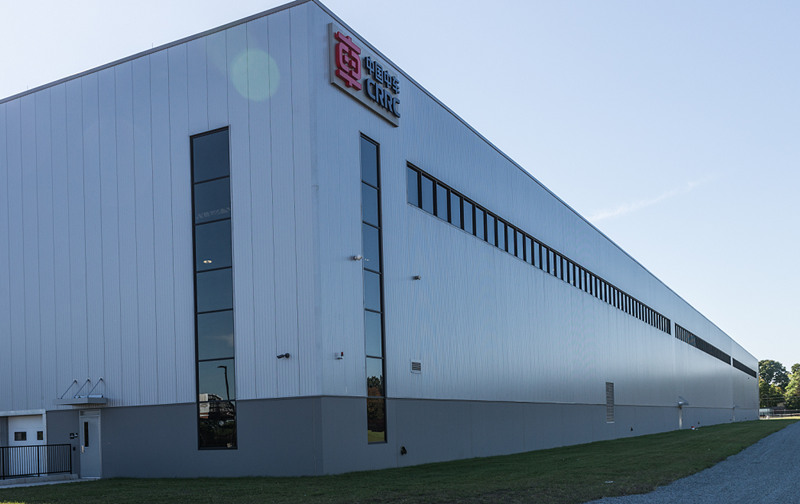 Built in China by the CRRC, the pilot cars have arrived in its assembly factory in Springfield, Massachusetts for initial testing, and will be sent to Los Angeles for further testing before being put into use.

Under a contract reached in 2016 between the Chinese company's North American branch the CRRC MA and Metro, the CRRC MA will design and manufacture 64 new subway cars for Metro.

If successful, Metro may expand the project, adding as many as 218 additional cars for a contract worth 647 million US dollars in total.

The CRRC MA is preparing to begin production of Metro's subway vehicles at its 204,000-square-foot manufacturing facility in Springfield, the company said in a press release Tuesday.

Thanks to continued investment and growth in Massachusetts since CRRC MA's founding in 2014, the CRRC MA has a total of 386 employees, of whom 308 work in Springfield. The CRRC said it is recruiting 60 more union jobs in various roles including assemblers, test technicians and engineers.

"We all benefit from today's achievement," said CRRC MA Chairman and President Jia Bo. "With our partner LA Metro, we designed a state-of-the-art vehicle equipped to meet the needs of today's passengers, and with the city of Springfield we continue to help stimulate the local economy through job creation," he added.

During the ceremony, officials and community members were led on a tour of the vehicle that boasts bench seating, which provides a wider walkway and more room for standing customers.

Other amenities of the subway cars include an illuminated line map, USB ports for passenger use and a new design in the bike area that will offer a strap to secure bikes.

"We thank CRRC for its partnership in helping Metro deliver these critically important heavy rail vehicles to improve mobility for our transit customers," he said.

In 2014, the Massachusetts Bay Transportation Authority (MBTA) granted the CRRC MA a contract to design and manufacture subway cars for Boston's transit system. In January 2017, the MBTA awarded the CRRC MA a new contract to build an additional 120 new cars.

"We are very excited about the new contracts that CRRC was awarded," said Bob Butler, president of the Northeast Regional Council of the International Association of Sheet Metal, Air, Rail and Transportation Workers, a North American labor union.

"It will keep our unionized membership employed for years to come. We look forward to a long and lasting partnership. The city of Springfield is in need of more manufacturing companies like CRRC," Butler added.